It’s time for FPTP to go, whether the Liberals or the electorate make the decision 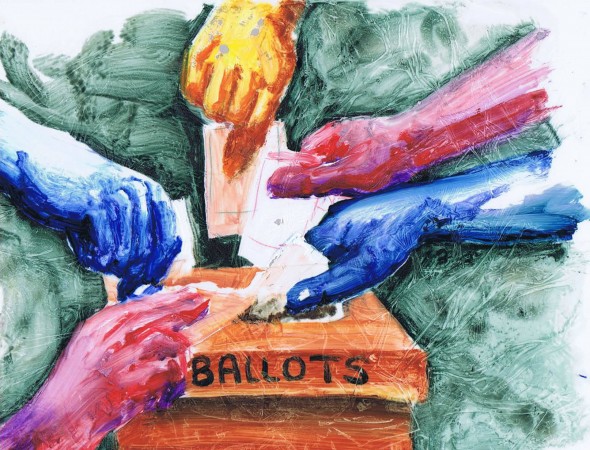 It’s been speculated that a preliminary survey, which will be conducted in early December, might be the precursor to a national referendum on whether or not the electoral system should change. While a referendum result that opposes the change would effectively torpedo a year-long effort to brainstorm an effective replacement for Canada’s first-past-the-post (FPTP) system, it does seem to be the more democratic approach to overhauling the country’s present voting procedure.
Make no mistake—FPTP is an antiquated and unbalanced system that causes election results to confer power on larger parties that exceed their portion of the vote while unfairly kneecapping smaller parties, even if a large number of people voted for them. For instance, the Green Party got about a tenth of the amount of votes that the Liberal Party did, but the Green Party only won one seat while the Liberals won 184 seats. It’s as stupid as it sounds, but now it seems like the government is looking to fix it.
The FPTP voting system was originally conceived and loosely adopted by the early 19th century British government, but it wasn’t until the third and final Reform Act of 1884 that it was truly implemented effectively.
To provide you with some chronological context, FPTP is 11 years older than the early invention of rudimentary radios, 44 years older than the commercialization of sliced bread, and predates the launch of Tinder by a whopping 128 years. Some people think that’s reason enough to get rid of it, and the Liberal Party’s election platform and 2016 budget acknowledged that desire with a promise to “restore public trust and faith in the political system by demonstrating to Canadians that their votes count and help shape the policies their governments pursue.”
There is a very visible intent on behalf of all parties to reach an agreement that will pave the way for electoral change, and the committee is expected to release its report late November, right before Canadians are supposed to get a postcard in the mail with a survey that asks them about their opinion on the issue. If a referendum were to follow, it could very well destroy all of the work and advocacy that happened on behalf of those seeking proportional representation—but in the same breath, a referendum is a form of proportional representation itself, and it seems paradoxically anti-democratic to bar people from having a say in this.
But the Liberal government addressed this when it decided to “establish a special all-party committee with a mandate to study electoral reform options that would be the basis for a cross-country consultation.”
So they’ve already spent time and money asking people what they want, so why would they want to do it again? Rumour has it that they had been planning to do this for months prior to the publishing of the report. Are they expecting this survey to yield different results than the findings of the committee? Might they want to use the survey—and by extension a referendum—as a means to justify keeping FPTP?
Sticking to FPTP gives the Liberal Party a more favourable chance to win seats, and maybe they figure if they ask again, the answer might change. If this happens, or if the fabled referendum results in Canadians rejecting reform, then all of this effort would have been for nothing, and the Liberals would retain their advantage even though the reform committee was spearheaded by them in the first place. But it would have been the decision of the electorate, not that of their government. And oddly enough, that’s about as democratic as it gets.
So in principle, I support both the idea of a referendum and the FPTP system being abolished, even if the former obviates the latter. I just really hope it doesn’t.