Stay Mad About the Death of Electoral Reform

When it comes to politicians abandoning election promises, time should not heal all wounds
Braden Klassen, Contributor 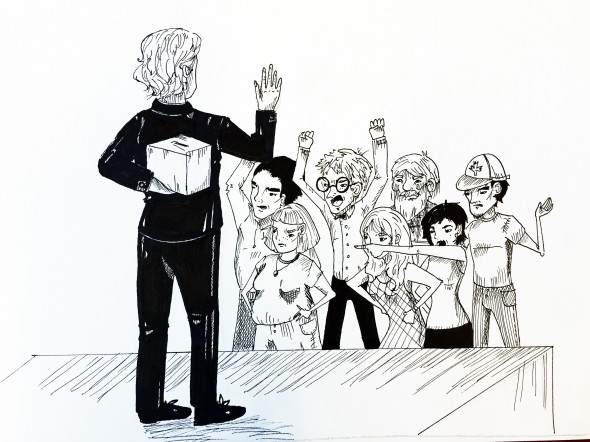 When the federal government officially announced that it was breaking a steadfast campaign promise by abandoning its efforts towards facilitating electoral reform, Canadians reacted in delight and dismay, but mostly in disinterest.

Those who were upset by the flip-flop have every right to be, and they should continue to voice their opinions about this issue, even though the chances of reinvigorating electoral reform are practically non-existent. Besides voting, consistent scrutiny and openly-voiced dissent are some of the few methods that citizens have to influence their government toward being accountable for its actions.

An online petition sponsored by Nathan Cullen of the NDP has gathered tens of thousands of signatures from people who want the reform efforts to continue. In cities across Canada, there are multiple rallies being held in protest of the unpopular decision to leave the election process as it is.

The erratic political atmosphere of late, replete with Trumps and Brexits and Putins (oh my!) is providing ample fuel for activist movements, and seems to be galvanizing people who were previously indifferent to politics. Younger Canadians are becoming more involved in social and political issues, and it’s possible that this broken promise could serve as a watershed moment for the young voter—a lesson in government deception, a cause that could inspire change in the future leaders of the country.

For most governments, the complacency of the public is almost as good as total assent, and nothing short of a substantial loss of votes in the next election can prevent the leading party from crossing the people that elected them. When Trudeau presumptuously talks about “doing what’s best for Canada,” he’s wresting the control of the country away from its citizens and telling them it’s in their best interest, like some kind of misguided and overprotective parent. His claims that proportional representation can lead to divisive politics that enable extremist political sects is sheer exaggeration. Germany, New Zealand and Ireland are examples of countries that have used a form of proportional representation in their governments for years, and they all hold high rankings on the political stability index maintained by The World Bank.

Disappointingly, the attention span of the electorate has proven to be a little short on issues like these in the past, but there are signs that that’s beginning to change. Social media has become an increasingly powerful political apparatus, and the online publications and records of everything that politicians do is now permanently saved and accessible. This is hugely beneficial to those who are interested in the goings-on of our government, and helps to facilitate political discussion and online advocacy efforts like Cullen’s petition.

Breaking a promise as big as electoral reform is a big deal. Betrayals like this really do matter. These kinds of transgressions add up over time, especially if we let them slide without calling them out. The federal government always has some kind of longer-term political calculus at play when it comes to enacting or backing out of decisions, which means that the political calculus of the electorate needs to match that if it wants to effectively hold the government to account. They’re counting on the tendency of the public to become pacified given enough time and space, and we shouldn’t allow that.