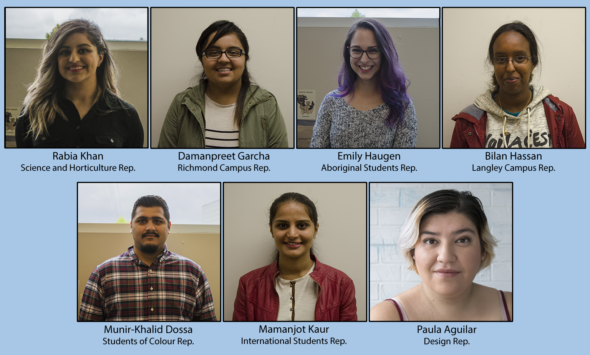 The results of the 2017 Kwantlen Student Association By-Election were announced Oct. 19.

Kaur is the new International Students Representative with 143 votes, followed by Manpreet Singh, who received 77. Dossa is the new Students of Colour Representative, with 149 votes in his favour and 32 against.

The Langley campus will now be represented by Bilan Hassan, who got 134 votes in support of her election and 33 against. Damanpreet Garcha is the new Richmond Campus Representative with 115 votes. Landon Charney, who ran against Garcha for the position, received 63.