Legal Trouble Between the KSA and the BCFS Continues 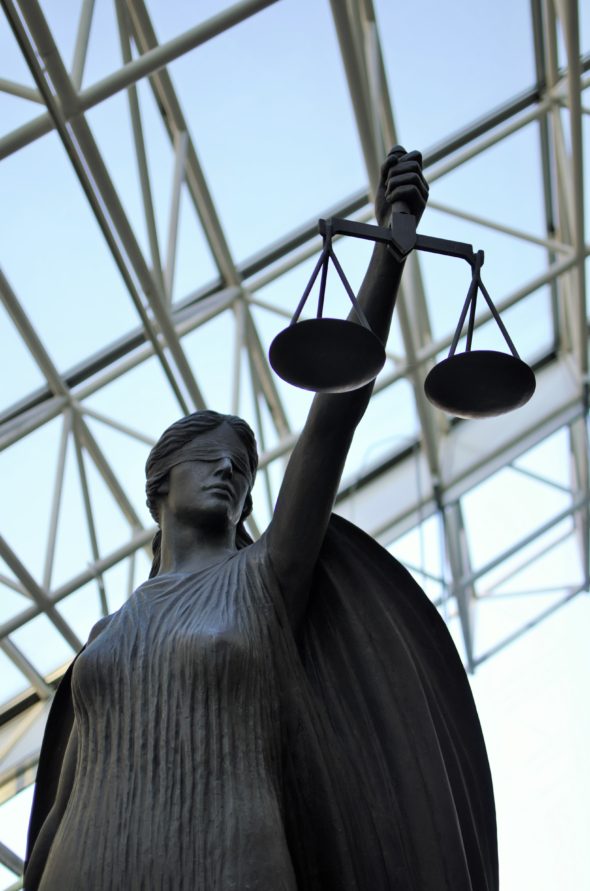 Jack K Harman’s statue, “Themis, Goddess of Justice” stands alone in the main atrium of the BC Court of Appeal. (Braden Klassen)

The Kwantlen Student Association was the respondent of an appeal from the British Columbia Federation of Students on Sept. 18 that could delay the KSA’s ongoing efforts to defederate from the BCFS.

The KSA has been trying to leave the provincial association for years, arguing that the yearly membership fees KPU students would pay to it are not justified by the services that the BCFS provides. The Kwantlen Student Association’s attempt to leave the BCFS in 2013 was met with a legal challenge from the organization on the grounds that the KSA owed membership fees from past years that had not been remitted. This was because the fees which the KSA were remitting had been to the CFS, not the BCFS—two organizations with an increasingly tenuous relationship.

Members of the KSA—which includes the vast majority of KPU students—currently pay $0.98 per credit to a maximum of $8.86 per semester in membership fees to the CFS.

Per credit, the CFS membership fees are higher than what students pay for the Clubs and Events Fund ($0.65 per credit), Intramurals or ActiveKSA ($0.30 per credit), the Polytechnic Ink Publishing Society ($0.75 per credit), or the Kwantlen Public Interest Research Group ($0.80 per credit). However, these other fees are not subject to a maximum limit.

The BCFS used to be a member of the CFS but began the process of splitting from the federal organization last year. Nevertheless, the BCFS alleged that the KSA was obligated to pay membership fees to it separate from their payment to the CFS, as per the provincial organization’s bylaws. This arrangement has been contested by the KSA and was one of the primary issues of the case.

The BCFS claimed that the fees that were owed to them invalidated a petition the KSA had circulated which would allow them to hold a student referendum to leave the federation. The argument for invalidation was reinforced by a disagreement over the number of students who signed the petition, as the BCFS had recently changed its bylaws to give themselves a higher authority in verifying petition results.

When the case went to court, the presiding judge observed that the federation’s bylaw changes were “specifically added to the [BCFS] bylaws after this matter arose,” which the KSA alleges was a measure taken in bad faith that further justified their position in wanting to leave the organization. The court document states that “the plaintiffs allege bad faith and liken [the BCFS] to a lobster trap: easy to get in; almost impossible to get out.”

On Feb. 24, 2017, the judge ruled in favour of some of the KSA’s arguments. Specifically, he did not feel like the BCFS had the “implied authority to investigate and verify” the petition results before the bylaws were added, and that he dismissed the BCFS’s application to continue working through the case in a summary trial.

Summary trials are meant to reduce the time and costs of litigation. However, the KSA contended that a summary trial would not be thorough enough to fairly represent their position.

The presiding judge, Justice J. Christopher Grauer, opined that “the practical way forward in the current circumstances would seem to me to involve the holding of a defederation referendum under the Bylaws as they stood in 2013, presumably subject to some sort of agreement as to the Chief Returning Officer and Appeals Committee. The question of whether there are outstanding fees, and if so how much, could be referred to a neutral arbitrator for decision, preferably with the involvement of the Canadian Federation of Students.”

Grauer noted that this was not a process he could order, and that he would instead leave that matter to the discretion of the feuding organizations.

Months later, in a KSA Council meeting on Sept. 22, KSA President Tanvir Singh’s report noted that “the KSA was the respondent for an appeal from the British Columbia Federation of Students,” and that he, KSA General Manager Jeremy McElroy, and KSA Vice President Student Life Jay Reedy attended the court hearing on Sept. 18.

Singh declined to comment on what this hearing entailed, and though it is not certain that this appeal is related to the ruling made on Feb. 24, if it is it could mean that the litigation between the organizations will continue, possibly for months. If this is the case, the KSA will not be able to proceed with a referendum to defederate until the issues are resolved.

Judge Grauer also mentioned an older case involving SFU’s defederation from the CFS, adding that “the cost of this litigation, no matter which party or parties are successful, will be borne by post-secondary students.” The same is true for KPU students.

The BCFS did not respond to interview requests for this story by press time.