Friendship After Murder: How Margot Van Sluytman Befriended the Man Who Killed Her Father 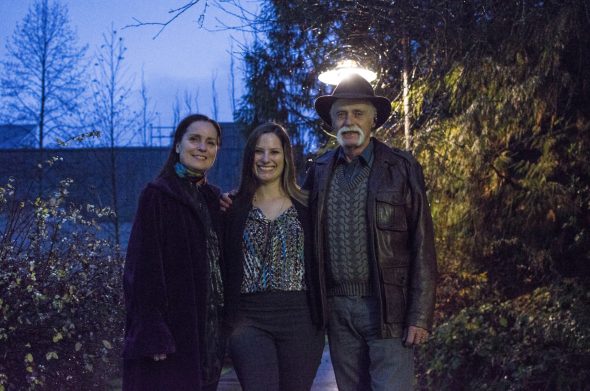 39 years later, on Nov. 24, Van Sluytman’s daughter Margot shared how she dealt with the loss of her father while sitting next to Flett at Kwantlen Polytechnic University’s first Restorative Justice Week event.

The discussion was facilitated by KPU Criminology professor Alana Abramson, who has been a restorative justice advocate for 20 years. At its core, restorative justice focuses on healing rather than harm, and aims to mend fractured relationships by engaging both criminal offenders and victims in the judicial system.

“It’s a way of looking at the world that we can use to respond to our problems in ways that are more healthy, and set us up for more long-term … peaceful relationships,” says Abramson.

Restorative justice often includes offenders, victims, and the community coming together and collaborating, but it can also be an intimate process according to Abramson. She believes that Van Sluytman and Flett have a remarkable story, and wanted to showcase what is possible when two people come together “with an open heart” and go through that process together.

Through laughter, tears, and the occasional F-bomb, Van Sluytman and Flett recounted their story.

“It started off as a fun day,” Van Sluytman recalls. Her father had left that morning to run some errands and to prepare for a “Bay Day” sale at the Scarborough Hudson’s Bay, where he worked as a salesman. Margot, who was 16 at the time, asked her father if she could go with him, to which he jokingly responded with, “Oh, you little pest, I’m coming back in two hours.” 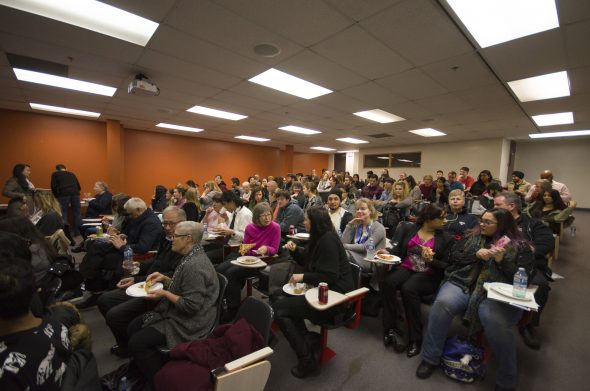 Later that day, Margot answered a knock at the door and was met by two police officers who told her the news: her father had been killed in a robbery, a fact which Margot found “utterly, utterly devastating.”

Theodore Van Sluytman was dead at the age of 40, leaving behind his four children and wife.

Flett says that he remembers “everything about that day.”

Flett, 27 at the time, had been participating in a series of armed robberies. That day, several of his accomplices and he followed a Brinks guard to the Hudson’s Bay main office where he retrieved a cash deposit. Afterwards, Flett’s co-accused smashed the worker in the head with a hammer, knocking him unconscious, while Flett grabbed the money.

As they fled through the department store, they stumbled upon Theodore. Flett recalled how Theodore grabbed hold of his lapels and said, “Son, give it up. It’s not worth it.”

Describing it as “an adrenaline rush,” Flett shot Theodore in the shoulder, and his co-accused shot him in the back. He only learned about Theodore’s death from a special news bulletin about the robbery which aired later that day.

“We weren’t planning on killing anybody,” he says.

He described his reaction to the news as “cold and callous,” saying, “I wasn’t sorry-sorry. Like, I didn’t think, ‘Oh gee, I just killed somebody who’s got four kids and a wife.’ I thought more like, ‘Gee, I’ve just killed somebody, and we can’t pull robberies here anymore.’”

He continues, “Now that I’m 67, what was I thinking? You can’t run around with loaded guns and not think somebody’s going to get hurt.”

Flett was found guilty of second degree murder and served 14 years in prison. Three months after the murder, Van Sluytman moved out of her home, as the pain of living there without her father was unbearable.

“There was too much sadness,” she says. “Half of me died, like my dad died. Half of me was black.”

Van Sluytman found solace through writing and poetry. She owns a small poetry publisher called Palabras Press and went on to win an award from the National Association for Poetry Therapy.

“I wrote to save my life,” she says. “Writing is healing.”

While Van Sluytman was finding peace through writing, Flett was trying to make amends in his own way.

Upon his release from prison, he founded an organization called The LINC Society, which provides support for offenders, their families, and their victims. He also started a farm in Mission, B.C. called Emma’s Acres in which both offenders and victims tend to a vegetable garden. 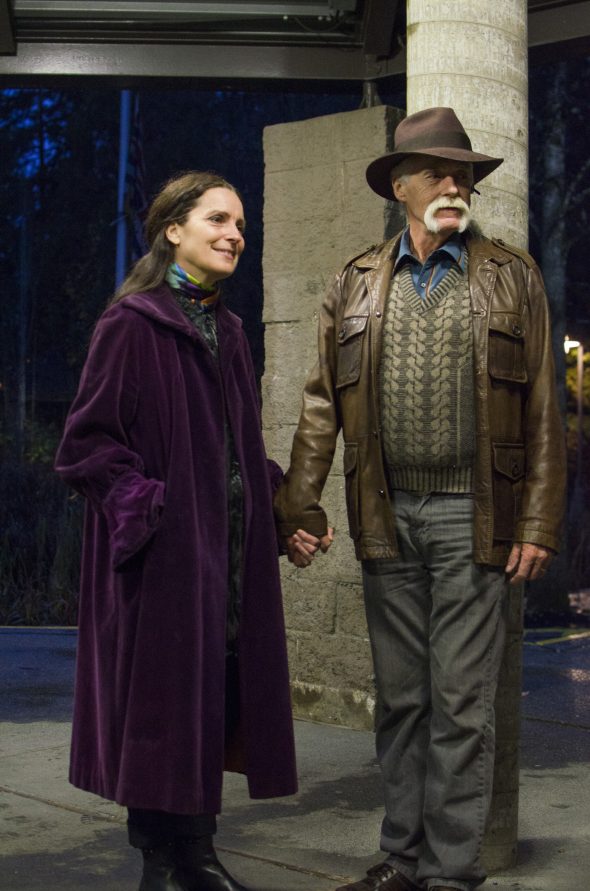 Since 1983, Flett says that he had dreamt of reconciling with his victims. He was encouraged to reach out to a member of the Van Sluytman family, but never made contact. He says he didn’t merely want to assuage his guilt, but to genuinely let them know that he was sorry and tell them what he was doing with his life.

In 2007, a chance email from Flett changed everything. He and his wife Sherry decided to make a $100 donation to Palabras. Unbeknownst to them, the donation was not anonymous. Van Sluytman saw the donation from a Sherry Edmunds Flett and realized that it was from Flett’s wife.

The Flett family didn’t intend to cause Van Sluytman harm, but wanted to support her writing. She decided to email Sherry back and ask for an apology from Flett. The next morning, she received a heartfelt apology from him.

Following a slew of emails back and forth, the two finally met face-to-face on July 14.

“It was cathartic,” says Van Sluytman. “It was very beautiful.”

Now, they have been close friends for the last 10 years. They work together and separately to make a difference in the justice system. Van Sluytman says that one fault with system is that society doesn’t want to affiliate with offenders and victims because they’re viewed as pariahs. She adds that people don’t know how to speak to victims, and that people tell her she must choose the side of either victims or offenders, which she refuses to do.

To Van Sluytman, restorative justice must be viewed through a “sawbonna lens” which she describes as a sense of “shared humanity,” or empathy. It doesn’t mean that people have to like one another, but they cannot harm one another.

Flett adds that restorative justice is about community efforts to repair harm. He describes forgiveness as an ongoing process—he doesn’t expect Van Sluytman to ever fully forgive him for her father’s murder, nor can they reconcile the murder, but they do talk about moving forward together. By giving back to the community, he hopes that he is honouring Theodore.

While Van Sluytman viewed her father in his casket, she thought, “I promise your death will not be for nothing,” but didn’t know what it meant at the time. Hearing Flett speak about his wish to honour Theodore’s life years later, they realized that they have unknowingly been on the same path for years.

“I adored my father,” Van Sluytman says. “And to have the opportunity to meet—to look someone in the eyes and know that he cares about what he did, that it matters, [and] does concrete things to make a difference in people’s lives is exquisite.”

“It’s so nice to hear Margot talk about how it’s affected her,” says Flett. “I can’t tell you how gratifying that is to me. It’s like … more than a dream come true.”