Electoral reform would open the door to democratic diversity, not radicalism and fringe movements 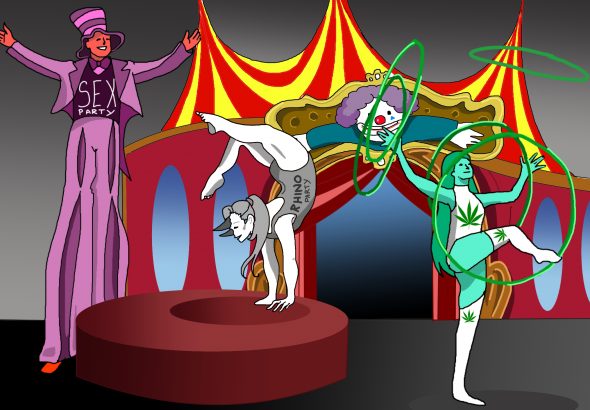 Decisions are hard. Democracy is complicated. Would reforming the current electoral system and instituting proportional representation help make it easier for British Columbians to elect the policymakers they wish to see leading the province?

Probably. The whole point of proportional representation systems like “mixed-member proportional” or “single-transferable-vote” is to ensure that the makeup of MLAs in legislature more accurately reflects the multifaceted tastes of the electorate. These systems accomplish that by putting more weight on the number of votes for each member or party, and less weight on factors like riding size and location and cultural/socioeconomic demographics.

But is that what we really need? Critics of PR point out that this opens up the floodgates for fringe parties and radical interests to gain political footholds, which is true. However, oftentimes, the extent to which this will influence politics is exaggerated, even alarmist.

The fringe parties of B.C. don’t consist of shadowy alt-right brigades or radical anti-establishment saboteurs—we’re talking about the Marijuana Party, the Sex Party, the Libertarian Party, the Excalibur Party, and the Rhino Party. Who’s to say that the addition of some members of these more colourful parties to our legislature would be all that terrible of an idea?

PR is supposed to be an antidote to many aspects of B.C.’s often bemoaned “first-past-the-post” electoral system, wherein the larger parties are given systemic advantages over smaller opposing parties. Commonly, people who support smaller parties are pressured into voting for a party they deem to be the lesser of the evils, because if they don’t, they feel like they’re wasting their vote. It’s called strategic voting, and it looks something like this:

Imagine trying to order pizza for a group of five people. Two people want pepperoni, one wants cheese, one wants pineapple, and one wants anchovies. The pizza place—we’ll call them “First-Past-The-Pizza”—will only split the pizza into two different kinds, so what do you do? Pepperoni has a clear majority, so it’s up to the other three to compromise. You take a vote and explain that somebody’s going to have to give up what they want, and then you end up with a half pepperoni, half pineapple pizza. Why? Because the anchovy person is obviously crazy and is going to stick to their fish-loving guns no matter what, and the pineapple person has principles and sees nothing wrong with pineapple as a delicious topping, leaving it to the cheese supporter to break the tie.

The cheese supporter realizes that if they don’t compromise and vote for pineapple, there’s a real chance that half of the pizza could end up covered in cat food, so they strategically vote for pineapple. The pizza shows up and only 60 per cent of people there are happy with it, but at least nobody starves.

Since 1871, this is how the government of this province has been elected.

First-past-the-post was originally developed to represent the inhabitants of England, a smallish island off the coast of continental Europe; there is an argument to be made that this style of legislation was never intended to represent a large political arena like B.C.

British Columbia is seven times larger than the country of England, but we use the same electoral system. Does that really make sense? Some British Columbians inhabit spaces that are vastly different than others, and this diversity of views is stymied and underrepresented in our parliament.

Twentieth century journalist and author H. L. Mencken wrote, “Democracy is the art and science of running the circus from the monkey cage.”

Perhaps it’s time we get rid of the cage and let the circus have a say in running itself for a bit.