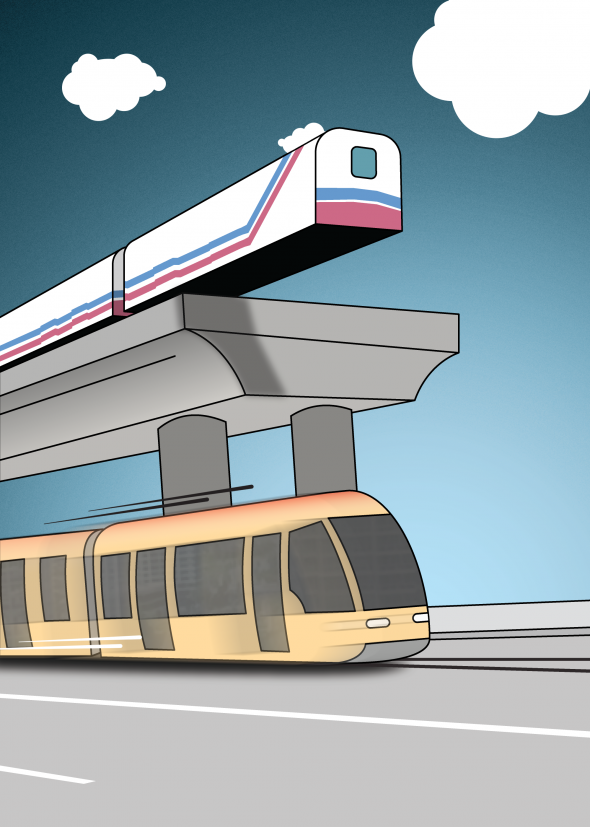 The City of Surrey is committed to the idea that supporting Light Rapid Transit instead of a SkyTrain extension will help create a future with dependable public transportation for its citizens.

Working with the city, TransLink’s director of the Surrey LRT project, Stephan Mehr, believes that Light Rapid Transit will help transform Surrey in ways that a SkyTrain line cannot. Mehr—and by extension, Translink—arrived at this conclusion following community consultation that produced a lack of consensus regarding whether or not the general public supports the project.

“The LRT is going to serve the City of Surrey in terms of short, medium, and long-term demand,” he says. “It’s actually a very popular type of transport now for communities that are evolving.”

The LRT project was endorsed by the Surrey Mayor’s Council in 2014. While the project has been approved by the city, it still needs formal approval from the government of B.C., including the Treasury Board, in order to obtain funds from the province.

Mehr says that TransLink submitted their business case to the Ministry of Transportation, and will soon submit it to the Treasury Board. The entire project was first budgeted at $2.6 billion in 2016, but the updated cost for phase one is included in the business case. Final approval is expected sometime in the first quarter of 2018.

If the province approves the business case, the next phase will be to meet with contractors who are interested in taking on the project. Mehr adds that the proposal and selection process could take up to one year.

“That would mean that essentially, the start of construction—or at least the start of what I would call ‘implementation’—would be some time later in 2019,” says Mehr. “So that’s why we’re saying conservatively, we’re looking at third quarter 2019.”

The first and main phase of the project will span 10.4 kilometers, traveling down King George Boulevard and 104 Avenue through Newton, Surrey Central, and Guildford.

Phase two of the project, which should be in the upcoming Mayor’s Council’s 10-year vision plan, would begin at Surrey City Centre, travel along the Fraser Highway, and end at Langley Centre, adding another 17 kilometers of LRT track.

Mehr believes that the LRT will not only appeal to those who live in the local community, but also to businesses who wish to expand their reach to Surrey. Because the network will be easily accessible on the street level, the LRT could lead to an economic and social boom along transit corridors over time.

“With the bus network and the way we at TransLink set up the connections to all of these rapid transit services … we’re actually going to be making much better connections and much more customer-friendly, comfortable transit opportunities throughout Surrey over the longer term,” says Mehr.

While the debate over how the merits of LRT compare to those of a SkyTrain extension has raged for quite some time, Mehr says that many of the surveys conducted by TransLink show more local support for LRT, and adds that there’s “a much greater-per-kilometer cost to SkyTrain.”

Paul Lee, LRT Program Manager for the City of Surrey, has been involved with the project since 2010. He explains that, from the city’s point of view, it’s been a “top priority capital project” since its announcement in 2014.
Lee says he understands that many people are attached to the SkyTrain because it is the only form of rapid transit they’ve ever known, but adds that LRT is more than just a transportation project moving people from one point to another.

“Street-oriented light rail will transform Surrey into connected, complete, and livable communities, making the city and the region more vibrant, accessible, competitive, and sustainable,” says Lee, reciting Surrey’s vision statement.
Vancouver, Richmond, Burnaby and Coquitlam have received rapid transit extensions, but it has been 23 years since Surrey’s system was last upgraded, which Lee feels is having a negative effect on the city.

“On one hand, if you simply want to transport people at the fastest speed, and … affordability is not a consideration, then by all means, build SkyTrain,” says Lee. “A fast train is not what we want.”

The advocacy group SkyTrain for Surrey did not respond to The Runner’s interview requests before press time.