Can we Distance Artists from their Artwork?

by Mel Pomerleau and Braden Klassen 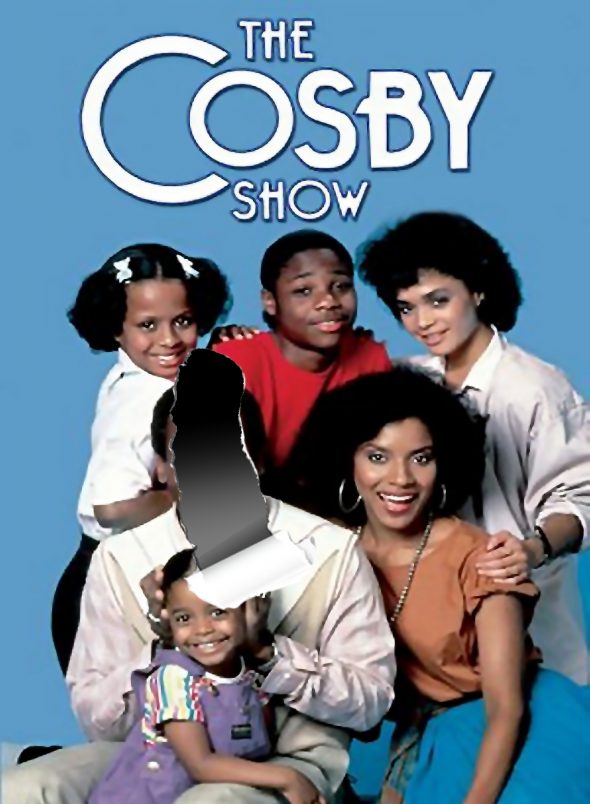 As more reports of sexual assault allegations and misconduct in Hollywood are made public with each day, discussions about blacklisting celebrities for their actions have become increasingly relevant. People are questioning if it’s okay to still see that movie starring an abusive artist, or to watch their Netflix special.

Two of The Runner’s staff members sat down to share their thoughts on when it is and isn’t okay to continue to support an artist after they’ve been accused of or proven guilty of physical or sexual assault.

Should we boycott art that was created by somebody who is abusive?

Braden Klassen: In some cases, yes, I would encourage people to boycott an artist’s work. The past couple of years have shown us that, a lot of the time, the justice systems in Canada and the U.S.A. are not equipped to deal with cases of sexual harassment fairly. The onus falls on the victim to prove their allegations in court, which is difficult in situations where the incident happened a long time ago, and the trial forces them to revisit traumatic memories of their experience. More and more, we’ve seen that justice is being exacted outside of the legal boundaries, which is a good thing—but it goes to show how the courts are systematically failing sexual assault victims.

House of Cards and Louie were cancelled, and Kevin Spacey and Louie C.K. have been fired from their jobs and ostracized by future employers. The CBC fired Jian Ghomeshi and his career has seriously suffered despite the fact that he was acquitted in court. I’m not sure that this is enough, but it’s better than him getting away with it.

Mel Pomerleau: I have to agree; consumers should choose to boycott specific work when it doesn’t line up with their own values, but it goes further than that. We see, in some cases, the justice system failing the victims and I can only hope that these cases will serve to refine the court and justice systems to achieve a more just sentencing for offenders. However, until that happens, boycotting an artist’s work and voiced consumer outrage are necessary for companies and officials to feel the pressure and reprimand certain individuals for their behaviour.

When is it necessary to blacklist an artist and boycott their art?

M.P.: When to boycott an artist or their work is going to vary from case to case and person to person. Art, in the sense of music, film, or other entertainment mediums, is pretty widely accessible to people across the board. What’s important to keep in mind is it costs you virtually nothing to decide not to support a musician, actor, or program, and that’s exactly why there is a need for consumers to take a stand and choose not to consume media that doesn’t wholly align with their own values.

B.K.: For me, an important factor in this decision is how directly the artist is supported by my choice to consume their art. I will never buy a Chris Brown album or a ticket to his show because I don’t want to have anything to do with supporting him financially. It’s the same as refusing to shop at Walmart because, in doing so, I would be supporting an organization that contradicts my values when it comes to ethical labour practices. I also acknowledge that I’m privileged to be able to make that decision because I’m fortunate enough to have other options, and I can afford to take my business elsewhere, which isn’t the case for everybody.

I think how close the artist is to their work also factors into it. If their art represents something about them personally, then by boycotting it, you are, in a sense, protesting the artist themselves. Louis C.K. is the only person responsible for writing his jokes, so choosing not to support his comedy seems more personal and targeted than boycotting a movie that was made in collaboration with 150 other people.

M.P.: Everyone is going to have their own idea about where to draw the line between boycotting an artist’s work or not. I’ll admit, I’ve watched a Louis C.K. special and found it funny. In retrospect, his jokes are obviously a lot less funny and in some cases a little sick. I’ll never make the conscious decision to watch his special or watch shows or movies that he’s a part of, much like how I won’t watch reruns of The Cosby Show.

Are there times when it might be okay to continue to consume art that was created by an artist who’s facing allegations of physical abuse or sexual harassment?

B.K.: I don’t think it’s my place to categorically say what everyone should or shouldn’t consume, but I do think that there are some circumstances that convince me that it’s okay to keep reading an author, or listen to a band, or watch a show starring someone accused of sexual harassment or misconduct as long as I acknowledge the harm that they’ve done. For example, Fantastic Beasts and Where to Find Them stars Johnny Depp, a man who was accused of being physically abusive to his ex-wife, Amber Heard. By buying a ticket to see the movie in theatres, I am indirectly supporting his career, but I’m also supporting the careers of the hundred plus other people who worked on the movie.

M.P.: I don’t think it’s a matter of when should we not choose to boycott, because what matters to someone is entirely their own business and varies from person to person. Acknowledging an individual’s wrongdoing is incredibly important and I personally would like to see more of that from co-workers or producers.

Jason Momoa, in a 2011 panel discussion at comic-con, made some lewd remarks about how the best thing about being in Game of Thrones was being able to “rape beautiful women.” In the clip, you see actors alongside him literally face-palm, but no one spoke out against these remarks. I’m not saying crucify everyone involved, I’m not even saying crucify Momoa himself. He has since apologized on Instagram, and it seems genuine.

In the case of J.K. Rowling she acknowledged and defended the decision to keep Johnny Depp in the upcoming film Fantastic Beasts, and while it might not have been exactly what fans had hoped for, it shows she isn’t ignoring sexual assault and misconduct in Hollywood, something that cannot be ignored anymore.

A public acknowledgment opens up the conversation, can push forward accountability, and has the potential to show the consumer that people involved in the entertainment industry aren’t simply ignoring the allegations and abusive behaviours.

B.K.: Sometimes it’s also just impractical to completely stop supporting an abusive artist. If you subscribe to Netflix, you are indirectly supporting Kevin Spacey and paying his salary for his work on House of Cards. Does that mean you should cancel your subscription, essentially boycotting every other show Netflix has ever produced? I don’t think a lot of people would be willing to do that.

If an artist attempts to show accountability for their actions, does that make it any better?

B.K.: I want to preface my answer by saying that I fully believe that no one has the right to forgive anyone for anything except the victims—that’s not my choice to make.

If an artist takes responsibility for their actions and puts in the effort to make amends with the people they hurt, I think that could influence my decision to continue to enjoy their art. However, we should be critical about the reasons why they might be making such efforts in the first place. Are they being proactive and genuine or are they just doing this out of self-preservation? Louie C.K.’s public apology, for example, looked like a step in the right direction, but it seems like he just did it defensively, since he had consistently denied allegations against him and lied to save his reputation for years.

M.P.: No one has to accept your apology. In fact, an apology can only go so far, but I do believe it to be a necessary step to move forward, both for the victim and the accused or offender—not even just an apology, but an honest and sincere admission of guilt.

That being said, don’t expect everything to be “okay” just because an artist or public figure has decided it’s time to publicly apologize. It’s not okay to constantly deny allegations and then finally admit defeat and apologize. I’m not trying to focus on any one specific public figure here, because in the midst of all the allegations that come out there’s a lot of denial, and as things are settled or further investigated, I’m sure there’ll be more attempts to save face with just-a-little-too-late apologies.
Being accountable for your actions is so much more than just a public apology, so be critical of the efforts being made by celebrities and public figures in light of these accusations.

B.K.: Exactly. An apology might be a first step, but there are a number of things that people can do beyond that to show that they actually care about this issue outside of their own involvement. So far we’ve seen a bunch of public apologies and PR stuff, but when it comes down to actually doing something, none of these men seem to be interested in trying to affect larger changes, which I think is an obvious hypocrisy. I doubt that Bill Cosby or Harvey Weinstein are going to be donating to women’s shelters anytime soon.

Why should the public make these decisions?

M.P.: Outside of the justice system, it is the majority that dictates what is deemed socially acceptable and what is not. If enough people speak out against hateful and abusive actions and speech, we can change social norms. Relatively speaking, it’s so simple to take a stand and say, ‘Hey, I’m not gonna support so-and-so anymore because it turns out they’re a shitty person by my ethical standards and here’s why.’

B.K.: It’s important for people to pay attention to these issues and everyone has the power to boycott. Sometimes it’s the only thing we can do, but at least it’s doing something. Public backlash is a powerful force in these people’s lives and can bring about real and drastic consequences for them. The outrage that these people are facing should make this behaviour less likely to occur in the future, and we can hopefully make a difference in putting a stop to the normalization of sexual harassment and rape culture.