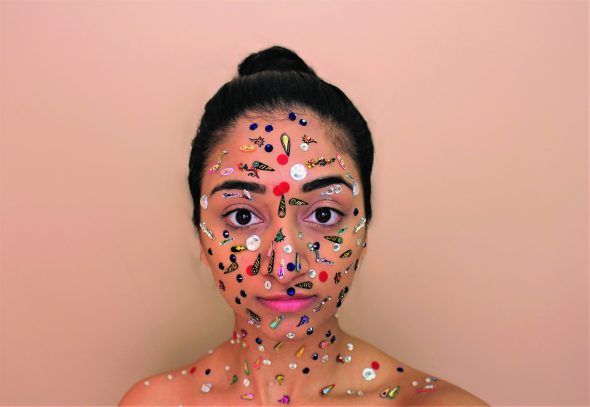 With the spring semester nearly over, Kwantlen Polytechnic University’s art aficionados should be happy to learn that the upcoming BFA graduates will soon be exhibiting some of their best works.

The exhibit, titled Until Now, will be made up of art pieces in a variety of mediums such as paintings, sculptures, ceramic works, photography, and digital art, and will be held at 120 E Broadway throughout April. 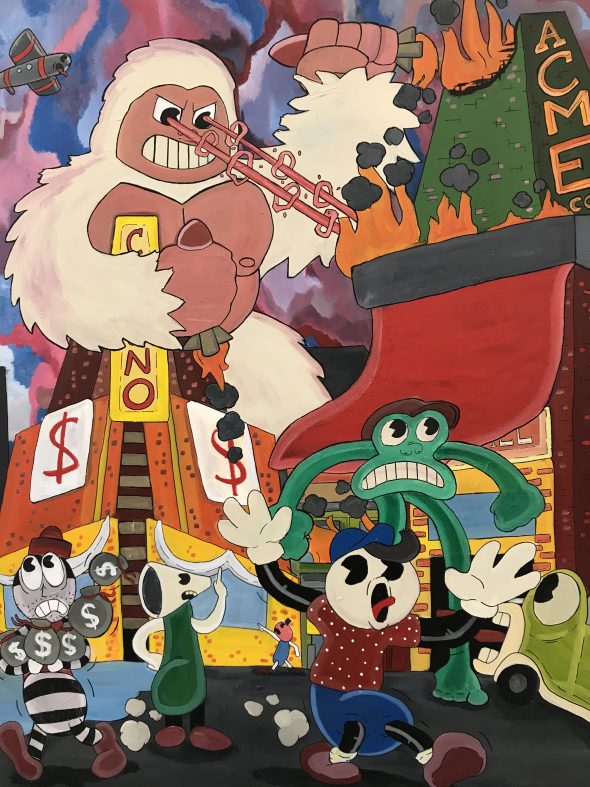 “Attack of the Atomic Abomination” – an illustration drawn by Stephane Dufault in acrylic. (Submitted)

“For all the artists involved, it’s an opportunity to present their significance or their artistic ability to the art world,” says Stephane Dufault, a KPU Fine Arts student in his final year. “It’s not just about making a name for themselves. It’s about initializing a creative style that could possibly impact future artists who want to go into this career as well.”

Dufault spearheaded an online crowdfunding campaign for hosting the showcase which raised $300 between February and March. The crowdsourced money will be added to the $2,000 that the BFA students already received from other sources. According to Dufault, the majority of the money will be spent on renting and insuring the gallery space, as well as on an initial reception that the students have planned for April 13.

“The space we have is quite huge and we want to make that to our best advantage,” says Dufault, whose illustrations will be exhibited alongside the works of other students. “We want to make sure that all of our unique personalities and representations are brought into this overall scope of art-making and are presented from the students in turn.”

In addition to Dufault, Until Now will include the works from several other upcoming BFA graduates, including Kimberly Ateah, Eric Berg, Alanna Edwards, Sara Grieve, Cameron Palfreyman, Kenneth Yuen, and Gurleen Virk.

“It’s like our entrance into the art world,” says Virk, who creates paintings, installations and photography inspired by her Indian cultural background. “Vancouver has clearly got a really big art scene going on, so for us to be having this show in Vancouver downtown, it’s a pretty big deal.” 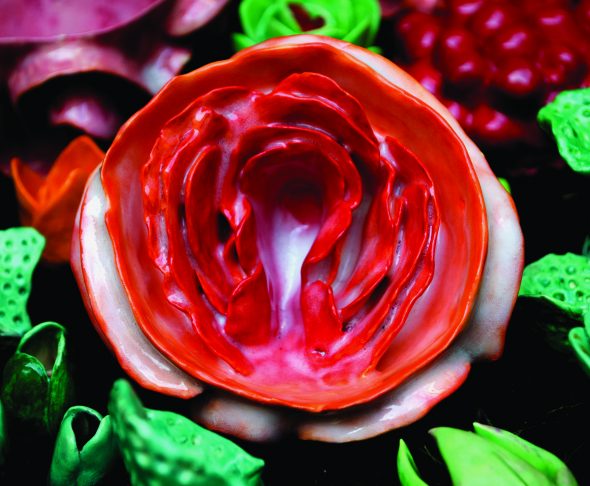 Aside from the important exposure that the event will provide for the soon-to-be graduate students, Virk and Dufault hope that the gallery will offer a source of creative inspiration for all of the people who can attend.

“We’re not making art for the sake of just making art,” says Dufault. “We hope to make art as an inspiration—what we can make can also influence other artists that are like us who want to be going into a study like ours. It’s an opportunity to show what artists from Surrey can present to the world in Vancouver.”