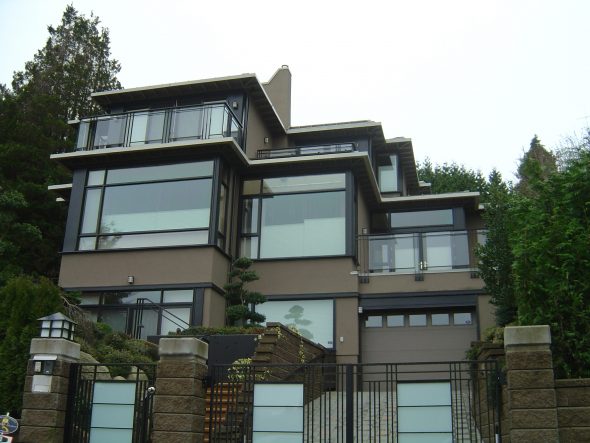 Since the beginning of May, wealthy homeowners in Vancouver have been up in arms about the newly proposed increase to the school tax on multimillion-dollar properties.

This prompted Vancouver real estate company Sutton Group West Coast Realty to run an ad in The Vancouver Courier that urged people to show up and disrupt a town hall meeting meant to be hosted by Point Grey MLA David Eby on May 1.

They did, and Eby cancelled the event due to security concerns when a group of around 200 complaining protesters rallied at Trimble park in Point Grey.

The newspaper ad calls the tax increase “an attack on Canadians who have planned and worked hard for their homes,” adding that “the joy of homeownership can become the fear of being trapped as house prices fall while facing more taxes as governments increase their take.”

How dare the evil “governments” slightly increase school tax revenue? How dare they find ways to fund badly needed seismic upgrades to schools across the province? How dare they invest in the safety of children?

The injustice of it all. It’s difficult to think of a less objectionable reason for taxation. Never mind that Vancouver property taxes are already much lower than in some other parts of the country—a fact which Eby himself posted on his website in response to the controversy.

In regards to those who would face serious financial problems due to the tax increase, the government is allowing for special tax deferment for people over the age of 55, people whose spouses have died, and people who have disabilities. There’s even a dedicated plan called the Families with Children Tax Deferment Program for parents, step-parents, or anyone financially supporting a child.

The fact that there are clear options for deferral based on need makes Sutton Group West Realty’s claim that the tax increase is not “based on income or ability to pay” sound very misleading.

The controversy has even given rise to a new, hilarious term: “paper millionaires.” The term refers to people whose wealth comes from the increased value of their property, not from their actual personal income, making them millionaires only “on paper,” so to speak.

You heard that right: apparently, there is now a group of people who consider themselves part of an underclass of oppressed millionaires in Vancouver—people who are only wealthy by technicality, struggling to stay afloat in a cruel world where they have to pay for schools.

The tragedy of it all.

Saying, “Sure, I own millions of dollars worth of property—but that doesn’t make me a real millionaire,” is the most entitled and convoluted interpretation of wealth inequality I think I’ve ever heard.

How can these people believe that owning a multimillion-dollar property in a city that an enormous number of Canadians can’t afford to live in doesn’t make them wealthy?

Or are these paper millionaires missing out on the irony that, like an increasing number of Vancouverites, they might also be forced to consider moving as a result of the burgeoning B.C. housing market?

Pretending that you can’t afford a fraction of a percent of your property’s value in taxes is ludicrous when you own a home worth $4 million—a value that, by now, has less to do with how hard working you are and more to do with market circumstances aggravated by years of unrestricted speculation and investment.