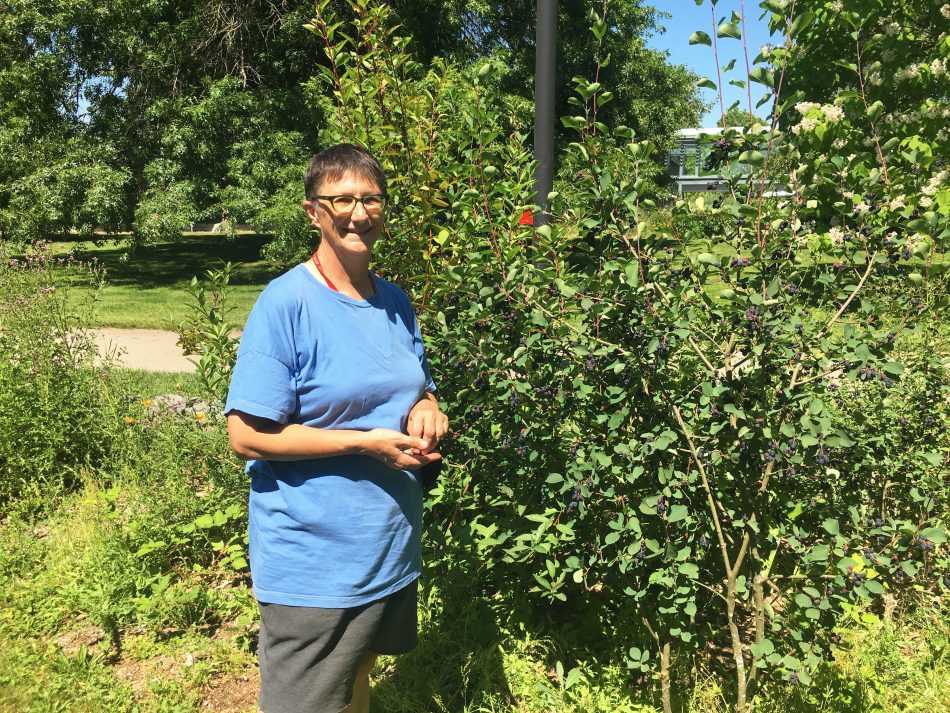 Kathy Dunster is hoping to “re-indigenize” the area around Logan Creek with edible or medicinal plant life. (Amei-lee)

Kathy Dunster, an instructor in KPU’s horticulture department, has received a grant of $25,000 from CN EcoConnexions for the completion of the Logan Creek Integrity Project.

The project is aimed at repairing the damage that has been done to the area around Logan Creek from buildings, road structures, and invasive plants seeded during the early days of colonization. The goal of the project is to re-Indigenize the area with edible or medicinal plants that were found there “before settler farmers” arrived, according to Dunster.

This marks the second time that the Logan Creek Integrity Project has received a grant from EcoConnexions. The first was in 2014 during the initial phase of the project, which involved removing non-Indigenous plants from the area. Phase two will focus on cleaning up the edge of the creek to “get rid of some fairly dangerous trees … that don’t belong there anyway,” says Dunster.

European poplar trees will be removed from the land, although one black walnut tree from the same time frame will remain as a reminder of the earlier colonial period.

The Logan Creek Project started in part because of Kwantlen Polytechnic University’s response to the Truth and Reconciliation Commission of Canada after it came to B.C. in 2013. At that point, the university committed itself to spreading awareness of Indigenous issues and reconciliation. Its motto for doing so is currently “Weaving Together: Healing, Education, and Reconciliation.”

“Ultimately, we’re doing it for them,” she says.

The Logan Creek Integrity Project will be worked on by students in the horticulture program at KPU for years to come. Students will be there from start to finish to solve problems as they arise and “figure out the best places for the plants to thrive,” Dunster explains.

CN EcoConnexions is a tree-planting non-profit organization that has planted over 90,000 trees since 2012. The $25,000 it has granted to Dunster for the project will go towards buying cedar trees and salmonberry plants used to re-indigenize the area. Once those plants mature, they will be able to reproduce and eventually become self-sustaining.

Dunster hopes that, one day, one of those cedar trees will be harvested to make a canoe.

While the exact date is currently unknown, there will be an event at the Langley campus to celebrate Dunster for winning one of three grants awarded in B.C. communities during the fall semester.