KSA Executives Elected to Positions in the Alliance of BC Students 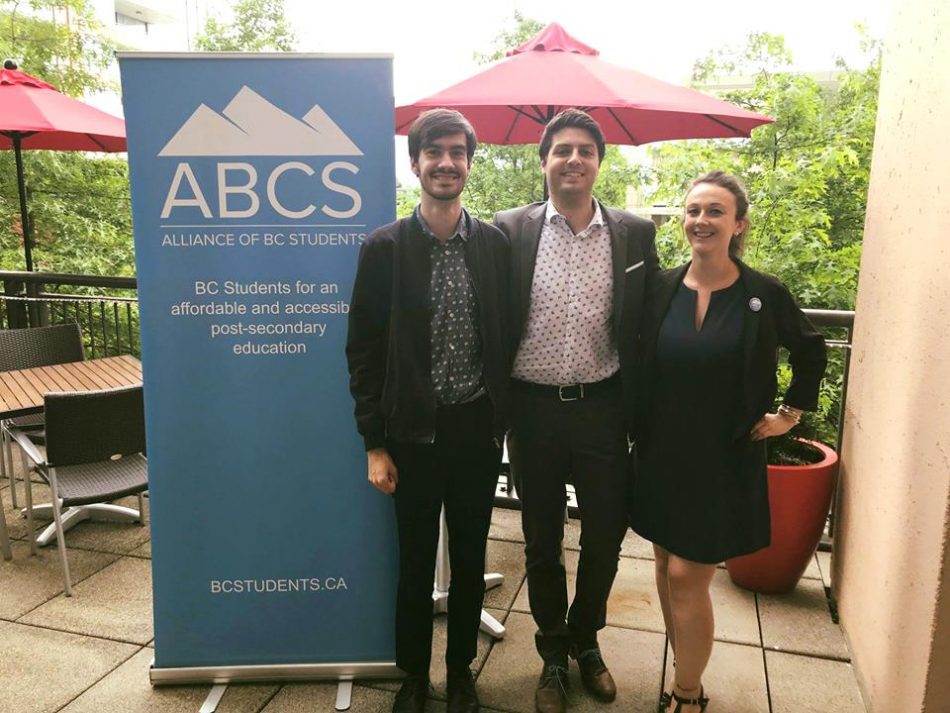 Kwantlen Student Association President and VP External Caitlin McCutchen and VP Finance & Operations Joseph Thorpe have been elected into two positions in the Alliance of BC Students.

McCutchen will be serving as the Alliance’s director of campaigns, taking over from Graduate Society of UBC member Hanna Murray. Thorpe will be filling the position of Director of Finance and Operations for the ABCS, a position previously held by Andrew Dillman from the Capilano Students’ Union.

McCutchen, who was previously the organization’s chairperson, will have her old position filled by Capilano Students’ Union member Noah Berson.

“I’m excited to take a different approach to being in a leadership position. Being the chair was fun, and I’m happy to take more of a logistics-based approach,” she says. “I’m trying to do a bit more of the behind-the-scenes work like I’m doing with the KSA, and it’s something I’m really enjoying this year.”

McCutchen adds that she is still deciding what the organization’s campaigns will focus on, but says that they “will probably be about proportional representation and seeing what that might look like.”

Thorpe says he wants to focus on pursuing funding for the ABCS through grant money, as the organization does not make as much revenue from member fees as some other student organizations do.

“The ABCS charges much less per credit than most provincial or federal groups,” he says. “One of the mandates of the ABCS is to try and make it as cheap as possible for students in the organization. Not everyone has a lot of money, and some of the member student organizations are smaller.”

Line item 5574 in the KSA 2018 budget worksheet proposed that about $8,000 dollars be allocated to “Coalition, Conferences, Membership Dues & Initiatives – ABCS.” This amounts to a little less than $0.40 from each student per credit every semester.

Both McCutchen and Thorpe say that their roles on the KSA Executive Committee have helped prepare them for doing similar work with the ABCS.

“A lot of the work I’m doing for the ABCS and the KSA overlaps,” says McCutchen, who points out that several previous members of the KSA executive were also heavily involved with the ABCS. “We’re not just looking out for KSA students. We’re looking out for all British Columbians.”