It’s All Greek To Me: The Future of Frats at KPU

Student housing might not be too far away, so let’s imagine our very own fraternities and sororities 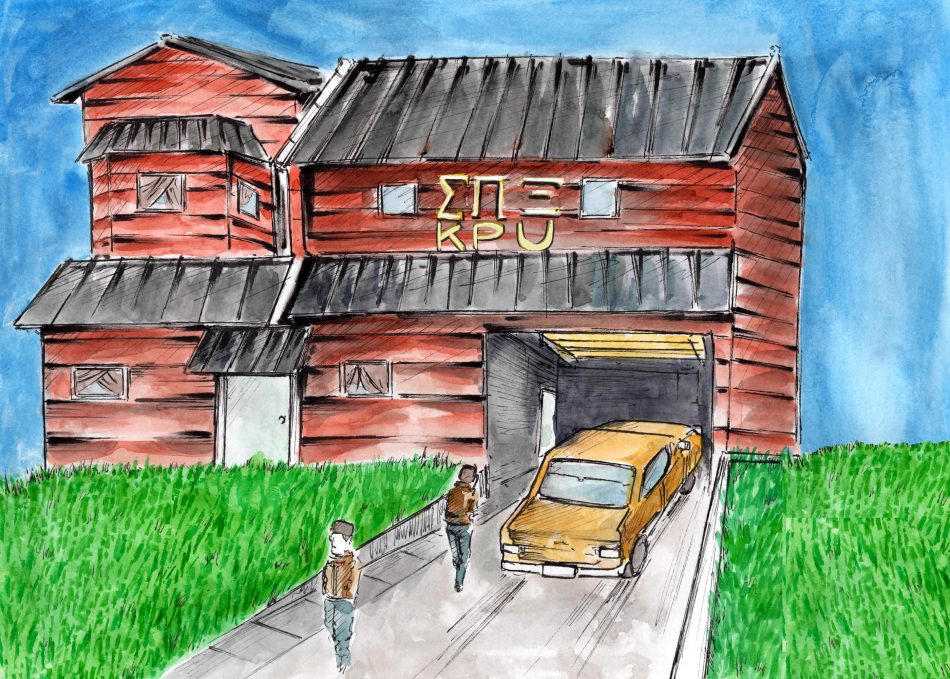 Fraternities and sororities are formal, club-like groups of students who are looking to network socially, engage in community service, and throw legendary parties.

Once you have pledged to your chosen frat or sorority house, you have committed to attend and promote house events and initiatives and to support members of other houses and your own. In return, students can expect to receive mentorship from senior members, career networking advantages after graduation, a sense of community and belonging, and chances to do fun, crazy shit with people they may or may not be forced to be friends with.

However, many students understand that there’s often a darker side to Greek life. During rush in September, when frats seek out new pledges, they use hazing as a way to selectively reject pledges by putting them through a series of humiliating and sometimes painful initiation trials.

In the States, there have been several instances where pledges were hospitalized or even killed in the process of being hazed. And, with on-campus student housing getting closer and closer to becoming a reality at many universities across B.C., Greek life could one day descend upon KPU.

While it’s super unlikely that our university will allow fraternities or sororities, it might be fun to see what they would look like if they did exist at our school. Here are a few speculations:

This is the most popular frat among business students because the house is located by Surrey Central, near KPU Civic Plaza. Omega Kappa Sigma’s most well-known tradition is forcing all new pledges to wear a necktie for the entire first month of their initiation. Pledges are forbidden from washing the tie or taking it off, even to shower. At the end of the month, if they succeed in their initiation, the pledges can take their stanky ties off and hang them up in one of the upstairs rooms of the house.

The tie of every past frat brother hangs in there; some of them have been there for decades.

It’s pretty gross. Nobody really goes in that room.

Delta is KPU’s only co-ed frat house. Despite the insistent nature of the frat’s name, their house is actually located in Sunshine Hills. Historically, this discrepancy has been the cause of confusion for new pledges who are unfamiliar with the area—confusion that the other frats regularly exploit by telling new students that the Triangle House is actually located on the east side of Ladner.

Pledges have to swear an oath of fealty to triangles and are required to pass an intermediate-level trigonometry exam to even be considered for recruitment. If they pass the test, pledges are then forced to eat several pounds of day-old Sodexo fries while reciting the oath over and over again. Condiments are strictly forbidden.

Members get free admission to the Delta Golf Club though, so that’s pretty cool.

Nobody cares about Theta Beta Zeta.

I think their house is located somewhere in Richmond? I really don’t know.

Alpha Chi’s house is the only fraternity in Cloverdale, making it the most popular house among KPU trades and tech students. They host super competitive annual foosball tournaments and are known for sometimes taking things too far with their rodeo after-parties.

Hazing rituals include having to change a tire while drinking a mix of vodka and motor oil, and having to board the campus shuttle at its earliest departure from Langley campus to ride it back and forth between campuses for an entire day without food, water, or bathroom breaks. You’re not allowed to take anything on the bus with you—no phones, laptops, or books. It’s brutal.