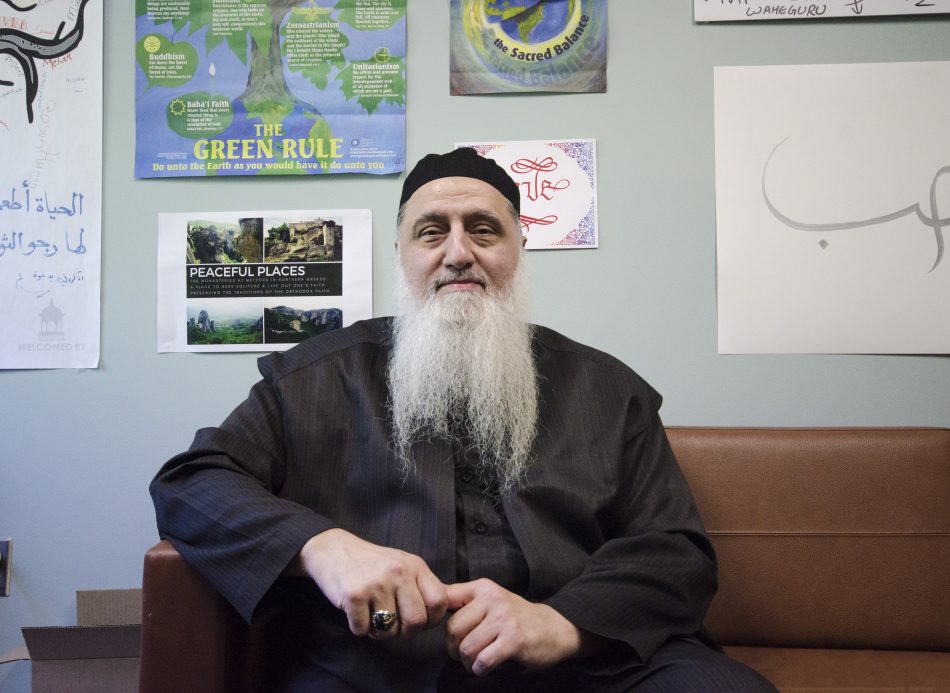 Even though Shaykh Nurjan Mirahmadi and Pastor Christoph Reiners have only been a part of the Multi-Faith Centre for a few weeks, both chaplains say they are excited to start offering guidance to students as they navigate their spiritual journeys.

Shaykh Nurjan Mirahmadi is an Imam and scholar of his own iteration of Classical Islam. He has a large following on several social media sites such as YouTube, Facebook, Instagram, Vimeo, and Soundcloud, platforms which Mirahmadi believes are essential for reaching out to younger people.

Mirahmadi has travelled around the world to study Islam and learn from different communities. He’s visited countries like Indonesia, Uzbekistan, Singapore, Russia, and Thailand under the guidance of Shaykh Hisham Kabbani, a prolific scholar of Islam and the founder of the Islamic Supreme Council of America.

Mirahmadi spent part of his childhood in Los Angeles, which he says influenced his own approach to Classical Islam, his spiritual beliefs, and his style of teaching.

“I’m familiar with Los Angeles and all the temptations of Los Angeles, and the materialism. I’ve seen it all, and there’s an emptiness which many people have,” he says. “A lot of depression can come from the inner core of the being, thinking ‘What is this life about? We’re just supposed to come here and buy things and go to the grave? There’s nothing else?’”

Mirahmadi challenges the materialistic trends of Western culture, which he says are particularly entrenched in Vancouver, where affordability and financial hardship are key concerns for many people.

KPU has not had an official Muslim Imam on campus before, even though there is a large Muslim population at the school. Mirahmadi also teaches at various community centres around the Metro Vancouver area and works with the Naqshbandiyya-Nazimiyya Center in downtown Vancouver.

“Vancouver touched my heart because of the diversity,” says Mirahmadi. “There are so many different people and there’s a willingness to try things and express things.”

Pastor Christoph Reiners, who emigrated from Germany in 1992, has been serving congregations for decades. He has been an advocate for the homeless populations in the Lower Mainland and even found himself at the centre of debate in Abbotsford when members of the city council wanted to stop his congregation from handing out food to the homeless in a local park.

Reiners has kept his focus on supporting and advocating for the homeless in Richmond, where a new modular housing project is being developed. He also thinks it’s important to reach out to the LGBTQ+ community at KPU, and to challenge the idea that having faith and identifying as LGBTQ+ are incompatible.

“I know people in my church who identify as LGBTQ, and being Christian or being a person of faith and identifying as LGBTQ is not a contradiction,” he says. “That’s another place I’d like to connect with students.”