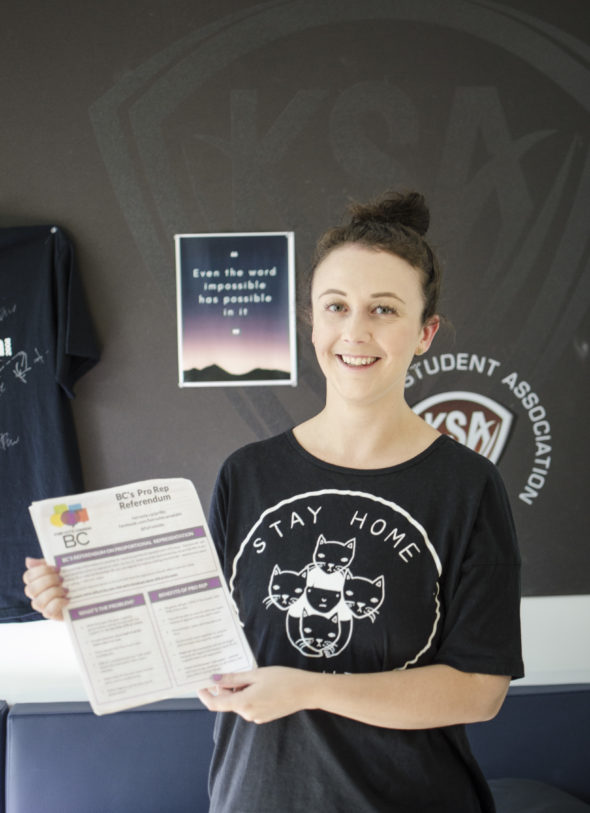 CASA is a Canada-wide organization that advocates on behalf of student at the federal level. Founded in 1995, the organization facilitates meetings between politicians and student union members, allowing them to directly represent their constituents’ issues and desires to members of the federal government.

“We intend to have a referendum in February, and if students want to join, then we’ll join,” says KSA President and VP External Caitlin McCutchen. “Having the KSA’s voice at the federal level would be fantastic.”

Additionally, CASA has led campaigns aimed at increasing student participation in the 2015 federal election, as well as awareness of student debt and the importance of financial assistance in Canada. Every year, CASA holds conferences where members can come together to develop strategies and policies meant to benefit the students they represent.

“If the referendum passes in February, [CASA] will have its annual general meeting in March, so we’d be ratified as members in March, and then student fees wouldn’t be collected until September of next year,” says McCutchen.

The KSA is planning to pay CASA’s membership fees for March until September from part of its own budget and reserves.

According to CASA’s website, since there are more than 20,001 KPU students, CASA’s yearly membership fees should amount to $2.57 per each full-time equivalent student, with the total annual membership fees capped at $55,232.

The fee would be collected each semester, then remitted by the KSA in a similar fashion to the membership fee that students currently pay to the Canadian Federation of Students, which amounts to $0.51 per credit to a maximum of $4.57 per semester.

The KSA has frequently expressed dissatisfaction with their membership in the CFS, saying that the organization works too slowly and fails to effectively serve the needs or interests of KPU students. This means that, if the referendum to join CASA passes in the spring, students will be paying fees to two different student advocacy organizations.

CASA’s membership includes student associations from across Canada, including the UFV Student Society, the Capilano Students’ Union and UBC Vancouver’s Graduate Society. If the referendum passes, it would make the KSA the fourth B.C.-based student association to join the organization.