The Quebec Student Strike Against Unpaid Work Is Long Overdue

More than 50,000 students are on strike to protest practicum requirements of up to 800 hours of unpaid work 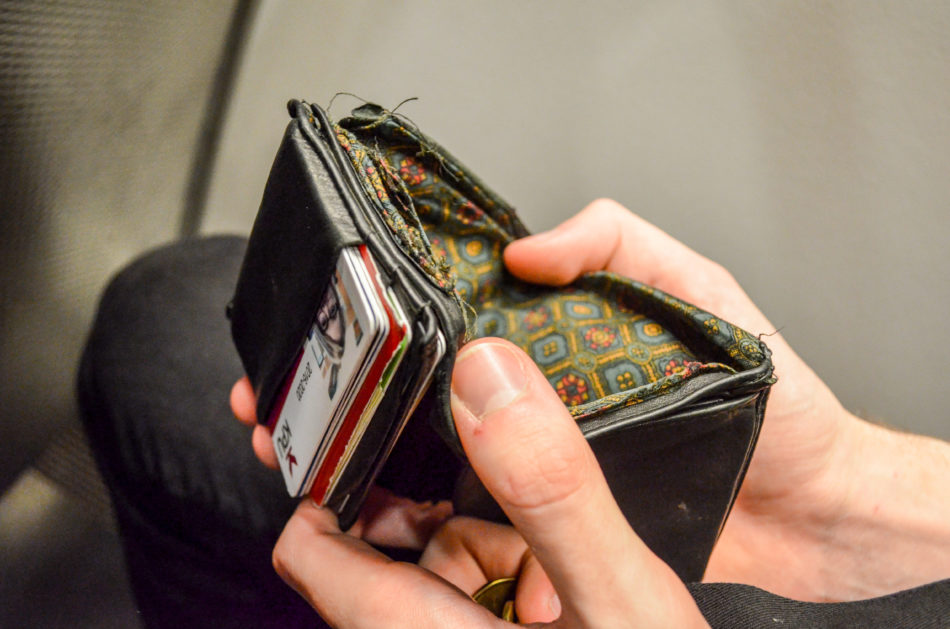 What’s in your wallet? For students with unpaid internships, there isn’t much. (Kristen Frier)

I’d like to preface this by make it abundantly clear that “unpaid internships” are not a legal practice in British Columbia.

However there are two exceptions. If your internship is part of your formal educational requirements, it is counted under the “student exception” and considered a practicum, and you are not entitled to any pay. The “professional exception” designates internships for certain professions including medicine, law, nursing, engineering, and accounting as not needing to meet the same employment standards as other internships, which can include regulating overtime, rest periods, and financial compensation.

If you or someone you know is in an internship without at least being paid minimum wage—currently $12.65 an hour in B.C.—they are technically considered to be doing volunteer work, and if this was not specified during the application process, their employer is illegally taking advantage of them. For this, you can report them to the Canadian Intern Association.

Currently, tens of thousands of post-secondary students in Quebec are going on strike, demanding that they be paid for the internships they are required to complete for their education.

Requiring students at McGill to work for 800 hours without any kind of payment is ludicrous and beyond exploitive. It can result in burnout and mental and financial instability for them.

Take the case of Andy Ferguson, who was working in a radio practicum for Astral Media, now owned by Bell Media, as part of his education at the Northern Alberta Institute of Technology. In 2013, Ferguson was killed in a car accident after repeatedly working overnight shifts—during which he would reportedly work up to 16 hours at a time—which his family believes left him too exhausted to drive. It can be noted, without hyperbole, that these hours are comparable to shifts undertaken by prisoners held in forced labour camps, yet neither Astral Media nor NAIT were held accountable.

There’s overtime, and then there’s being so overworked that you risk your own health and safety.

It’s incredibly vexing that these practices were ever tolerated by our society, and characterizing these internships as opportunities and valuable work experience can feel like a slap in the face.

These kinds of unpaid work experience situations favour those with the privilege of being able to afford to work for free. A student with a robust support network (read: family money) has a much easier time navigating their internship if they don’t also have to work on the side. You don’t need a business degree to understand how this practice contributes to socioeconomic marginalization and worsens income inequality.

For larger companies, growth has become the standard metric for success. Under this system, it becomes inevitable that management are forced into a position where they need to find more money in order to maintain their fiduciary responsibilities, even if it means increasing the burden on low-level employees.

This trend is sometimes called “race to the bottom” economics, where companies who face building pressure from their competition will begin to outsource, exploit, and neglect the rights of their employees in order to keep their business afloat. Executives continue to pull in high salaries, while the cost of doing business is shouldered by entry-level employees and desperate students who have no choice but to take what they can get. When you are sitting on a mountain of student debt, you may feel too powerless to turn these offers down.

It’s embarrassing that in a country which enjoys relative economic prosperity, tens of thousands of students have to go on strike in order to secure the right to make minimum wage. The expectation for people to work for free is one of the most troubling and emblematic examples of how little some employers care for the wellbeing of younger generations, and a movement like the Quebec student strike is long overdue.