Through Times of Loss, Escapism Can Both Help and Hinder 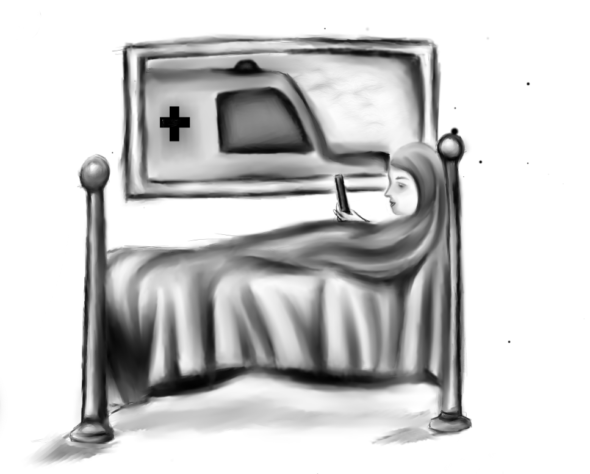 One foggy Saturday morning in October 2015, distant sirens pulled me from sleep. My phone was still in my hand, where it stayed throughout the night. For reasons unclear at the time, I had developed an obsession with a subreddit called r/Drugs. There, I would voraciously read anonymous stories about hardcore drug addiction, substance abuse, ruined lives, ongoing struggles to maintain sobriety, and failures to begin anew.

I could hear the sirens getting closer. Within minutes, paramedics were piling into the house next door to mine. Maybe I would have been shocked if it hadn’t been happening routinely for years.

What I didn’t know is that that morning would be the last time. Karn, the 15-year-old boy who lived next door to me, was about to lose his three-year battle with brain cancer. After an hour of paramedics filing in and out of his house, I watched Karn being carried away on a small gurney into the back of one of the ambulances before they all drove off.

Knowing I wouldn’t be able to go back to sleep, I opened my phone and continued reading what I had picked up the night before: a story of a suicidal woman who could only find the will to live while completely dissociated on heavy doses of LSD.

A week later, my family was at the young boy’s memorial. There was a line forming in the centre of the funeral parlour to see him lying in a casket, but I couldn’t bring myself to stand in it. At the front of the parlour, his father made sounds I’d never heard before—sounds I hope you never have to hear, the sound of a man who has lost his child, the sound of a ruined family, the sound of a lifetime of grief beginning to unfold.

This was the fifth death I had been within arms reach of that year, and it was starting to overwhelm me. The first had been in March, when my former classmate from elementary and high school fell down a steep rock face on a hike near Chilliwack and broke his neck.

Later that spring, my best friend lost his sister to Lymphoma. I remembered how he wept the first time he called to tell me about her terminal diagnosis. I attended her service on the same day as another memorial for a different friend’s mother.

Although I did not know it at the time, reading about other people’s abuse of drugs, their lack of control over their own lives, made me feel as if I had relatively strong control over my own. The narcotics they abused had such power over them. “Nothing has this much power over me,” I reasoned.

But that couldn’t have been further from the truth. While I was fixated on the turmoils and traumas of these faceless strangers, I was successfully neglecting my own. They were still present, gestating deep inside me, forming into something I’d struggle to overcome for years.

In hindsight, the signs that I was developing depression were obvious. Instead of seeking help, my response was to dissociate completely, both mentally and physically. I stopped seeing my friends. I’d go for days without speaking to anyone. I’d spend all my free time in bed, watching TV and reading more drug stories. These anonymous internet storytellers were pretty much the only people I connected to.

I remember learning about one man who was so addicted to opiates that, when he threw up xanax pills onto a public bathroom floor, he ate his own vomit so that his drugs wouldn’t go to waste. I began anonymously commenting my sympathies and support through their struggles. The facade of genuine connection between us manifested.

I consumed dozens and dozens of these stories every day, even while visiting my grandmother in the hospital that summer. She had hidden for years that she was sick. She didn’t want chemotherapy or surgery. The way she put it was that she had lived a full life, and now she was just stuck, waiting. She let herself collapse on her kitchen floor and break her hip before she would ever step foot in a hospital.

During the weeks before she passed, I became acquainted with her hospital room neighbours. One, an older man named Ivan, was recovering from surgery on his liver. Years of alcohol abuse had rendered it useless. Once he was out of the hospital, he told me, he was going to celebrate with a big bottle of Wiser’s Special Blend Whiskey.

He was a real life version of these stories I had been reading, but this one was too real. There was a face to them now. There was interaction in real time. I asked him why he wouldn’t stop, and he told me that the burn of alcohol in his body was the only warmth he had felt for years. He had lost his wife many years ago. His kids were too busy abusing their own drugs to be in his life.

It wasn’t until after the fifth death, that of my next door neighbour, that I came to the realization that I was over-indulging in these stories as a means to ignore my own problems. In the same way that these people used drugs to dissociate from their worlds, I was using their stories to dissociate from mine.

The same month that my neighbour died, my sister took me to the Fox Cabaret for my twentieth birthday. I hadn’t bothered to invite any of my own friends. In that crowded, red-lit room, surrounded by strangers, I had never felt more lonely.

I stared as they danced, longing to know intimate things about them without putting in the groundwork of establishing a personal connection first. I longed to know their vices, their wildest dreams, their biggest regrets, their highest highs and lowest lows, the wrongs they could never make right. I could only stand at the edge of the dance floor, drinking overpriced beer, wondering.

Looking back, in the heart of my depression, the close deaths I had been experiencing over the year left me terrified to connect. All of the anguish, the violent weeping, the candlelit vigils, the condolences, the first Christmas my family spent without my Grandmother—it had been a jarring introduction to the world of real, irreplaceable loss.

It wasn’t until I reached out to the people around me that I was able to start on a path to self-betterment. Connecting with the family and close friends who helped me return to normalcy allowed me to understand that, in a much deeper sense, it wasn’t a year full of such immediate death that had been the underlying source of my depression, but the fear of connection that these deaths managed to instill.

I still remember Karn’s excitement when I used to play guitar for him in the earlier part of his diagnoses. There were breathing tubes in his nostrils everytime we saw him. Even when he couldn’t speak anymore, he still smiled brightly.

And even though his passing put me into disrepair, as did every passing that year, I still hold fond the memories of the people who are now gone. I hold them closer than any of the stories I read as a means of escapism.

Looking back, I discovered that the true value of connection lies within the limited amount of time we have in this life, and although escaping our own realities for a while can occasionally be healthy, it can also quickly turn into an alienating addiction in it’s own right. Even though creating such distance can shield us from pain, it also causes us to lose out on so much of the joy there is to be experienced through connection.