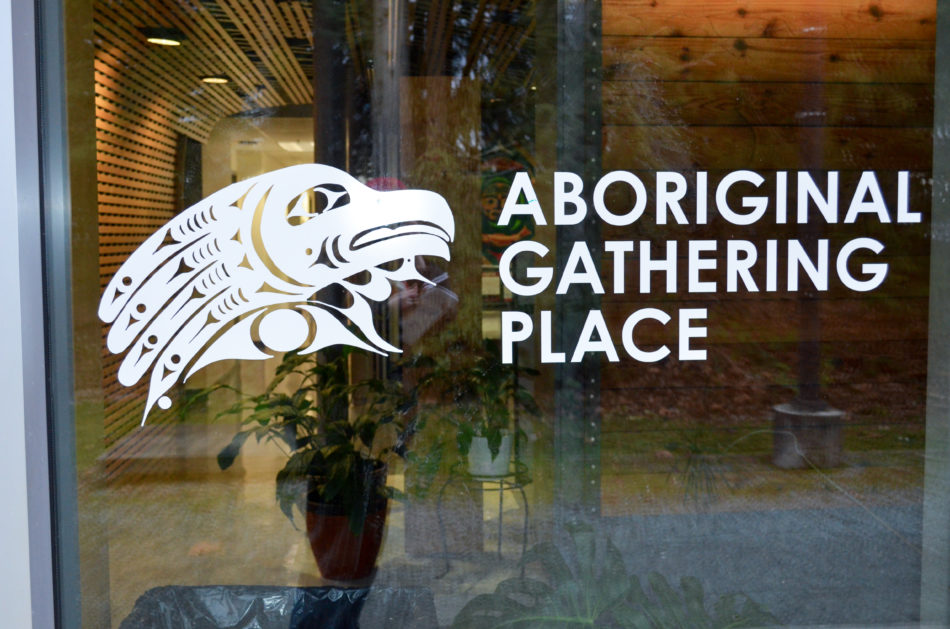 The Gathering Place on the university’s Surrey campus also has a new Indigenous Support Services Manager, Len Pierre, who hired Indigenous Liaison Ethan Semple. Both Pierre and Semple were a part of the decision to rename the space, which is intended to be a placeholder until meaningful consultation can take place to give it an Indigenous name.

Steve Cardwell, Associate Vice President Academic at KPU, hopes that the Gathering Place will become a hub for Indigeneity and a place for all students to learn about Indigenous culture.

The goal of renaming and refocusing the initiatives of the Gathering Place is to embed Indigeneity into the culture at KPU, which Cardwell says can only be achieved through continued “sustained efforts” by the university. One example of this would be requiring students to take at least one course that focuses on Indigenous perspective, which only a handful of post-secondary schools in Canada currently do.

The Gathering Place has resources available to all students on the Surrey campus. Pierre is hoping to expand its offerings to other campuses and hold events at all five campuses. Students can look forward to this in the coming months, he says.

Lekeyten, KPU’s Elder in Residence, also hopes that the Gathering Place’s role can expand. He would like to see both grandmothers and grandfathers from the various nations whose land KPU campuses reside on become Elders in Residence. He would also like to extend the office and service hours available there.

To Lekeyten, being an Elder in Residence and sharing the oral histories and cultures of the Indigenous people within B.C. is crucial to ensuring that important knowledge isn’t lost.

On Jan. 30, there was a Talking Circle event at the Gathering Place featuring Trenton Pierre. In April, the Verna J. Kirkness Science and Engineering Education Program will bring a group of high school students to KPU to work on a week-long science project. Also that month, KPU will be hosting Open Doors, Open Minds, an event welcoming Indigenous high school students to the campus. Finally, because June 21 is Indigenous Peoples Day, Pierre wants to hold events throughout the duration of the month.