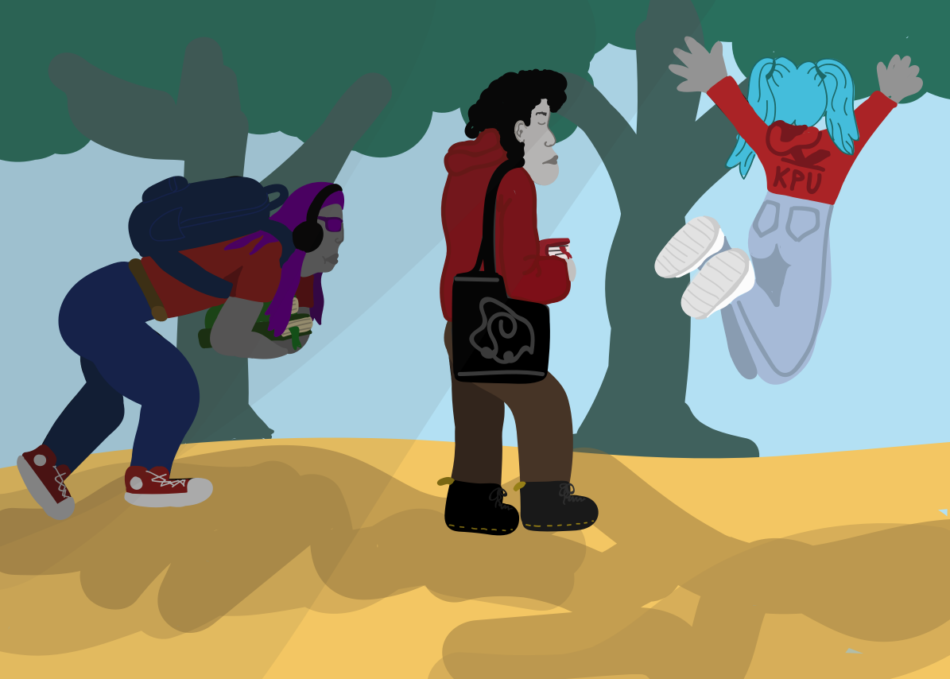 KPU has added the Associate of Arts in General Studies to its growing list of Zed Cred programs, making it the third program at the university that consists entirely of courses which come with zero textbook costs.

KPU is the leading school in B.C. for offering Zed Cred programs. The first began in 2017 as a way to help post-secondary students access education by removing the financial barriers raised by the increasing cost of textbooks.

Studies have shown that many students in B.C. choose not to purchase at least one textbook during their semester due to the high costs, which can have a negative impact on their academic performance.

Psychology instructor Rajiv Jhangiani has been at the forefront of the open education resources (OER) movement at KPU, and is involved in researching and implementing it by supporting Zed Cred programs.

“There is quite a bit of evidence that, for example, ensuring that students have equitable access to teaching and learning resources makes it more possible for those who can’t afford to attend or complete post-secondary education, and [they] benefit a lot from using OER,” he says.

The program announcement was made a week before the beginning of Open Education Week, which KPU celebrated by launching its Open Publishing Suite (OPUS). OPUS is a platform offered by the university’s library that will help both students and instructors find, use, or even create their own open education material.

The newest Zed Cred program is a 60-credit, two-year degree, which is the first of its kind in B.C. It covers basic prerequisites like English and quantitative courses, which can be used for credits put towards other Arts degrees.

“The lovely thing about general studies is that it’s flexible, so anyone can look at it as a sort of stepping stone on the way to a Bachelor of Arts degree,” says Jhangiani. “With 20 courses, we’re talking about the equivalent of giving every student a scholarship of $2,250, which is not a small thing. That’s hundreds of hours saved from working a minimum wage job while studying.”

Last fall, Jhangiani presented to the U.N. in New York on how open education can contribute to the organization’s sustainable development goals for improving things like global education, poverty, and social equality. He also was given  in open education in January by BCCampus, an organization that works to improve student learning outcomes in B.C. through open education.

Amanda Coolidge, Senior Manager at BCCampus, says that more post-secondary institutions are becoming aware of the benefits of OERs, and that schools like The Justice Institute of B.C. and Thompson Rivers University have also adopted OERs into some of their curricula. She adds that students who have used open textbooks are performing as well as or better than when they don’t have access to open education materials.

BCCampus currently has over 270 open textbook items available in digital formats on its website, which can help students who use text-to-speech or online translators.