The Committee of the Kwantlen People Plan Democracy-Themed Lecture Series

The series is part of a move towards “a more inclusive system” of government, says committee member Robert Jago 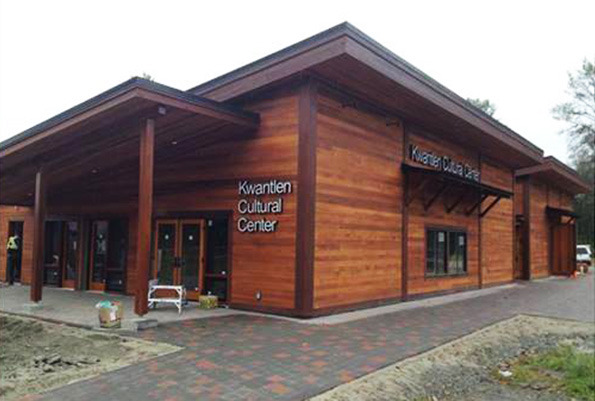 The Committee of the Kwantlen People is made up of six people from different Kwantlen families and is “equally divided between on-reserve and off-reserve members,” according to the petition’s website. The Kwantlen First Nation will also be providing input and financial support for the planned lecture series.

The third party is being hired to help with making the transition to a new governance system for the Nation, “which may or may not include a hereditary chief, but does include a more inclusive system,” according to Jago. He adds that the Kwantlen First Nation council has informed the Elders Advisory Committee about the hiring of the third party, and that the process of adopting the new system of government can be expected to begin in the next week or two.

The Kwantlen First Nation Cultural Centre was chosen as the venue for the lecture series in order to avoid hosting the event “offsite and in secret,” says Jago.

“If we are making this change to a new governance system it needs to be right there … in the heart of the band. Everyone needs to be involved,” he explains.

The Committee of the Kwantlen People is working to bring three speakers from local bands to discuss their systems of government at the lecture series. Jago says that one of them will be a council member from the Squamish Nation who will speak about that Nation’s recently-implemented system.

Joseph Dandurand, Manager of the Kwantlen First Nation Cultural Centre, was initially a vocal critic of the petition to reform the Nation’s hereditary governance system. Dandurand—who was recently named the Vancouver Public Library’s storyteller in residence for 2019—took to Facebook to denounce Jago and the petition, though according to Jago, his stance has since changed.

“[Dandurand] was very positive and very supportive of, at least, the seminar series,” he says. “What I am hoping is that, together as a band, we [can] come up with a more inclusive system. We’ve got good promises and we just need to follow through.”

The Runner reached out to the Kwantlen First Nation band office and was directed to Tumia Knott, KFN councillor, who did not return our request for a comment. Joseph Dandurand also declined to comment on the lecture series as the upcoming event has not yet been booked.