Artist Spotlight: Only a Visitor

For songwriter Robyn Jacob, the band’s most recent record was a means of reapproaching her cultural identity 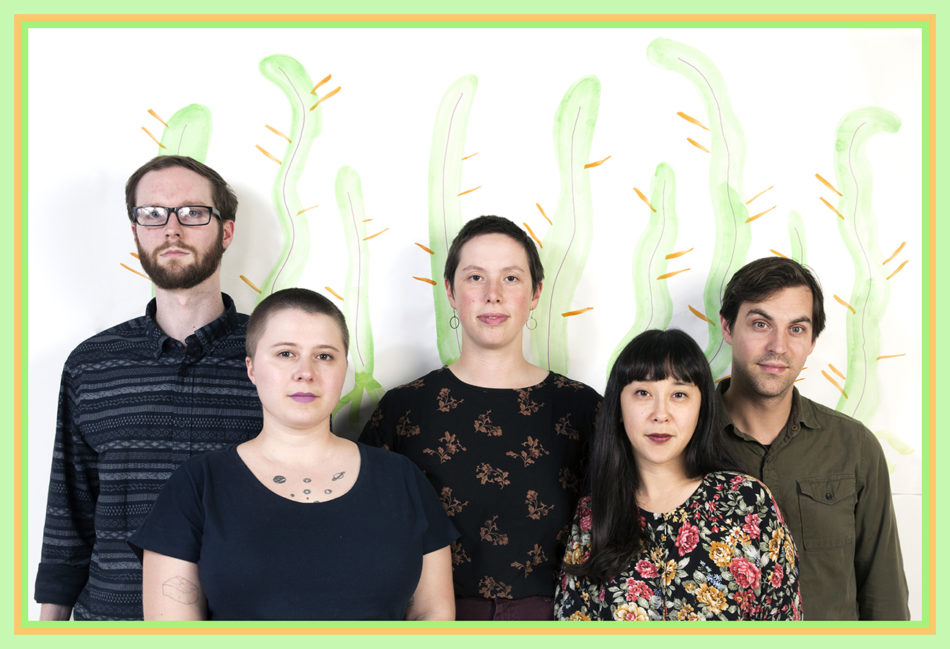 At the heart of art pop group Only a Visitor, listeners will find sentimental storytelling that looks to the past for meaning.

Known for its uplifting three-part harmonies sung by composer Robyn Jacob and vocalists Emma Postl and Celina Kurz, the project has always been a symptom of Jacob’s self-exploration, both as an artist and the daughter of a Chinese immigrant to Canada.

The trio of singers, alongside drummer Kevin Romain and bassist Jeff Gammon, began performing as a group in 2015 and have since released three records together: an EP entitled Tower Temporary and two full-length albums, 2017’s Lines and this year’s Technicolour Education.

“[Technicolour Education] is a whole concept, a story about me exploring my family’s past and my mom’s family’s immigration to this region, and a little bit more broadly, Chinese immigration to the Pacific Northwest,” says Jacob.

The title track of Technicolour Education, which is punctuated by a chirpy synth lead and an ear-wormy vocal hook, is a strong example of the band’s sonic and lyrical style. As she has learned more about her culture and ancestry, Jacob has woven new parts of herself and her family history into the band as she discovers them.

In tracks like “Bedroom Archaeology”, for instance, she asks, “How much of myself will be lost to my children’s grandchildren? Will they even know my name?” while uncovering belongings left in the bedroom of a loved one.

Listening to Only a Visitor feels similarly reflective and personal.Their songs are thoughtful yet playful, much like the nostalgia that lies behind what Jacob describes as the band’s “deceptively light” tone. What remains consistent in their portfolio is the polished production used to present her songwriting, as well as their signature keys, unpredictable structures, and layered vocal melodies.

Despite these reliable quirks, mixing things up artistically is crucial to Jacob, who says she is always striving to comfortably challenge herself and her bandmates. For this group, she is hoping to take a more minimalist approach to writing by “leaving more space between the sounds” in the future.

In the past, she has worked as a composer and arranger with a pop choir, and she is currently collaborating with another artist on a live performance that will explore events and ideas related to the movement of people within and outside of China.

“We are developing a really large piece with another musician named Nancy Tan who has put together her own Only a Visitor,” says Jacob. “It’s the same instrumentation—it’s like a mirror band—and so she has written a whole bunch of songs that are related to [Technicolour Education] in their own way. We’re developing it over the summer and over the next year into a concert with film and movement.”

The members of Only a Visitor are scattered across different cities, but they will be coming together to play a show with Vancouver locals Devours and Megamall at KW Studios on May 23. Technicolour Education and Lines are both available for streaming on Spotify and Bandcamp, and they will be touring the West and East coast from May until early July.

Listen to Technicolour Education on Spotify