Across Turtle Island, particularly in environments like post-secondary campuses, making territorial land acknowledgements has become increasingly common. Still, they have already been widely criticized as hollow and ineffective as a standalone measure. The purpose of these often pre-written statements has been questioned by those who feel that they lack thoroughness and sincerity, leaving many Indigenous people calling for more effort from settlers in furthering decolonization efforts.

Decolonization aims to integrate Indigenous law, traditions, and culture into everyday life and infrastructure. Rather than viewing the world through a eurocentric or settler-informed lens, decolonization uses an Indigenous way of seeing to interpret both the present and the past, including reconsidering how historical accounts have been influenced, destroyed, and recorded.

The Runner asked Indigenous folks living in the Lower Mainland how settlers can do more to decolonize the spaces they occupy, whether as event organizers or attendees. Here is what they had to say.

The interviewees quoted below in no way represent the entirety of their nation, nor do they represent any organization they are affiliated with in their personal or professional lives. These interviews were edited for length and clarity. 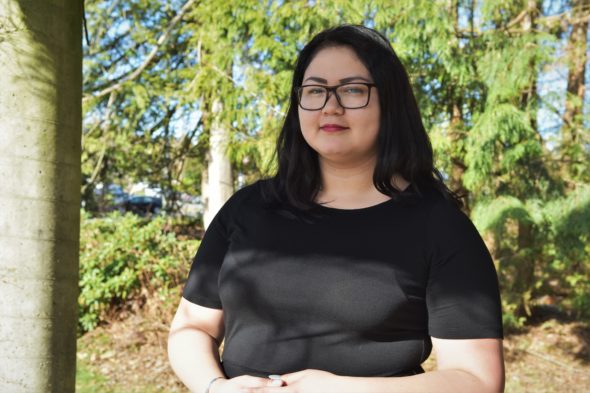 “I find it strange when somebody asks me to do a territorial acknowledgement because these are my ancestral lands. This is my family’s land. It has been in my family for generations, so I feel weird when they ask me to do a territorial acknowledgement. For me, it’s a welcoming on to my land. It’s welcoming others, saying, ‘You’re on my land and I’d like you to respect that.’ The word ‘acknowledgement’ itself I think is contrary. It’s hollow. It has no lingering effects. Everything is rehearsed, written down. It has no genuine human emotion to it. It’s just something that is expected of us to say at the opening of events because we take our name from an Indigenous community.

The proper protocol here if you want to come onto these lands is you seek permission first from the nations, which, obviously if they have a relationship with Kwantlen, they’ve already done. But seeking out Indigenous knowledge or Indigenous culture, that’s something that I think they should ask permission for.

In traditional protocol here, we state our name, where we’re from which honours our family, and we state our intentions. My intentions at Kwantlen would be to educate on Indigenous importance, culture, sensitivity, and further relationships between Indigenous students, non-Indigenous students, the institution, staff, and faculty. That’s the way that I practice Indigenous governance, by stating where I’m from and honouring my family and my connection to where I’m from.” 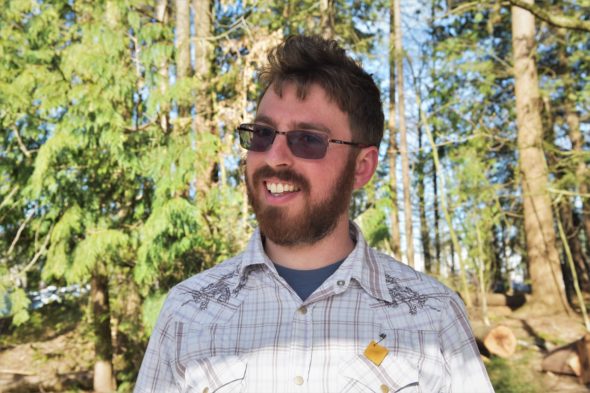 “In many Indigenous nations in Canada, there’s this idea that if you go to someone else’s territory, you have to learn what their protocol is and follow that. What is your role as a visitor in that territory? If that is known, then that is what should be front and centre, not necessarily a territorial acknowledgement, because by following those protocols you’re already respecting that you’re on someone else’s territory. Of course, the problem with that in our current context is that you actually have to have a relationship with those nations. The university as a whole has a lot of work to do in developing those relationships to knowing what would be the proper protocol for their position.

If you’re a person in the position of organizing events, you have to be open to the fact that that means that the nation you have a contact with might want to have a more active role in the [event] and sometimes that doesn’t fit into the nice structure [considering] the clock and all the agenda items. There’s a lot of resistance to letting go of that on a university and administrative level, and capitalism reinforces a very linear way of thinking, so that’s something every person has to work on if they’re not used to different perspectives.

A decolonization practice that anyone can do is really trying to understand their family history as much and what land they actually come from, because that sets you up to understand more clearly what your relationship to this land is yourself. Are you a visitor? Are you part of that territory? Are you a settler? Maybe you’re a bunch of those because you’re mixed and you come from different family. It’s a way of reminding you … [that] if you have settler ancestors, you and your ancestors have benefitted from the displacement of Indigenous peoples.” 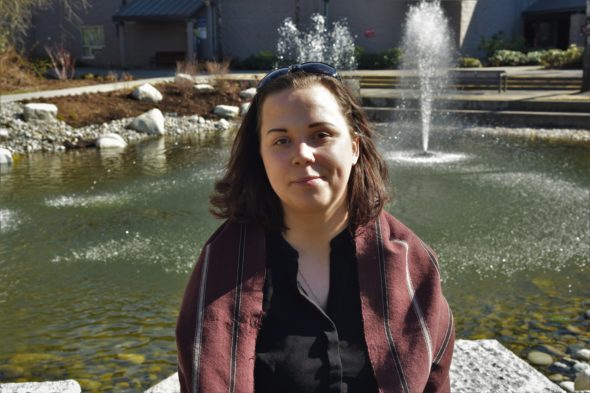 “I think when we’re looking at creating a relationship and we’re looking at confronting the past, what has gone on and continues to go on on these unceded lands, it should be more in-depth than simply mechanisms [like land acknowledgements]. People who are organizing events—if they don’t have a relationship with the people from the lands, they should rethink about organizing, period. That’s how deep it should go. When folks are looking to bring understanding regarding decolonization and indigenization, there needs to be an authentic relationship with the communities who live on this territory. Case in point, even Indigenous people who live here who aren’t from this territory benefit from colonization and the total destruction of the land. In order to understand that, you have to start seeing things not just from a monolithic perspective but a communal perspective.

Instead of just acknowledging the land and taking a superficial approach to truth and reconciliation, Indigenization, decolonization, or whatever words you would like to use to describe that, make sure it’s authentic, because it also has to do with an understanding of what it means to have knowledge. Who carries it and when is it important? Is it important when it has a bachelor’s degree behind it, or a master’s degree behind it, or a PhD behind it, or when it’s legitimized by a state that has continued genocide upon people for their benefit and all of society’s benefit? Or is it important and intelligent knowledge when it comes to the land and thousands of years of observation and thousands of years of connection?

Having conversations around things to do with genocide isn’t going to be easy, and there’s a lot of pain there on both sides. Making space for people who have experienced such degradation involves being able to deal with your own hurt feelings as well, your own discomfort and moving through that, because you’re only going to treat someone with the same respect you treat yourself with.” 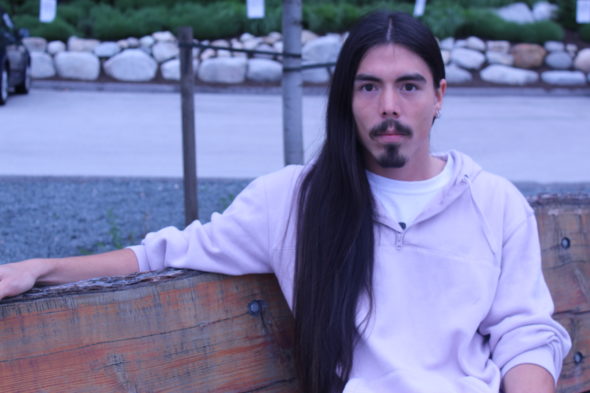 “I do a lot of welcomings to my traditional territory and I do a lot of land acknowledgements, and I try to, in a respectful way, honour our ancestors who have been forgotten, but a lot of times it feels like you’re dancing for white folks who aren’t truly respecting your culture. They’re more so patting themselves on the back for listening.

I don’t feel necessarily respected when somebody quickly rushes through the, ‘We would like to acknowledge that we’re on the traditional unceded territory’ type spiel, but I do know certain people who make an effort to be a part of the community and to help the Indigenous community who are white, but because of the effort they put in on their own time and don’t necessarily shove it in your face or brag about it, it makes it a lot more respectful, and I believe that they’re coming from a sincere place.

I think it’s okay to ask for help, but don’t be offended or upset if Indigenous people don’t have the time to teach you, because it’s a very small percentage of the population now living here who have been asked by nearly everybody to explain protocol and how to be respectful. We don’t always have the time to try to teach every single person around us.

Having given land acknowledgements for honorariums, [ think that it is] beneficial to our community, but it also feels like a form of performance art that doesn’t always feel clean and completely respectful. I think they have good intentions by offering honorariums, but I think for an organization to truly respect the culture, they should integrate people or protocol from the territory they’re trying to respect into their programming if possible … [and ask] the relevant groups what they would like out of your project, if there’s anything they can gain as well as you so that it’s a mutually beneficial relationship.” 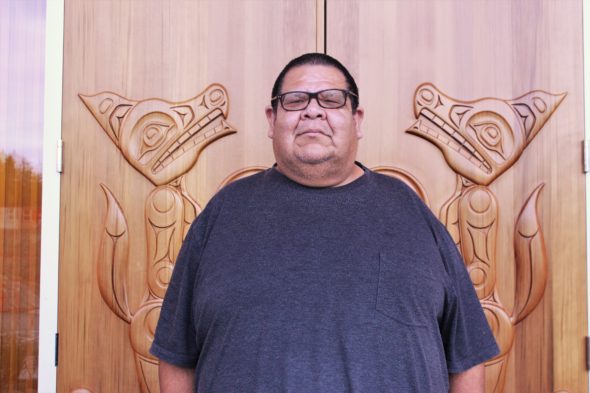 “If you want to be respectful, you should learn enough to know whose territory you’re actually in, and if you can’t get them to do an opening welcoming for you, at least get permission from them and ask them if there’s anything they would like you to include in your welcoming.

Obviously, if you [make land acknowledgements] in a respectful way, it’s better, but even the ones that feel hollow and are just reciting words that they were taught, it’s better than not doing it at all because people still hear you, right?

The Gathering Place on KPU’s Surrey campus regularly hosts public events, and the Kwantlen Student Association’s Indigenous Representative, Sarah Strachan, can be reached at indigenous@kusa.ca. To arrange a meeting with KPU’s Elder in Residence, Lekeyten, fill out the “Elder in Residence Request Form” available on the university’s website.

Discovering whose land you live, work, and study on can be accomplished through independent research online. One particularly helpful resource for those who are just beginning to learn, although not entirely comprehensive or universally accepted, is the interactive territorial map available at https://native-land.ca/.