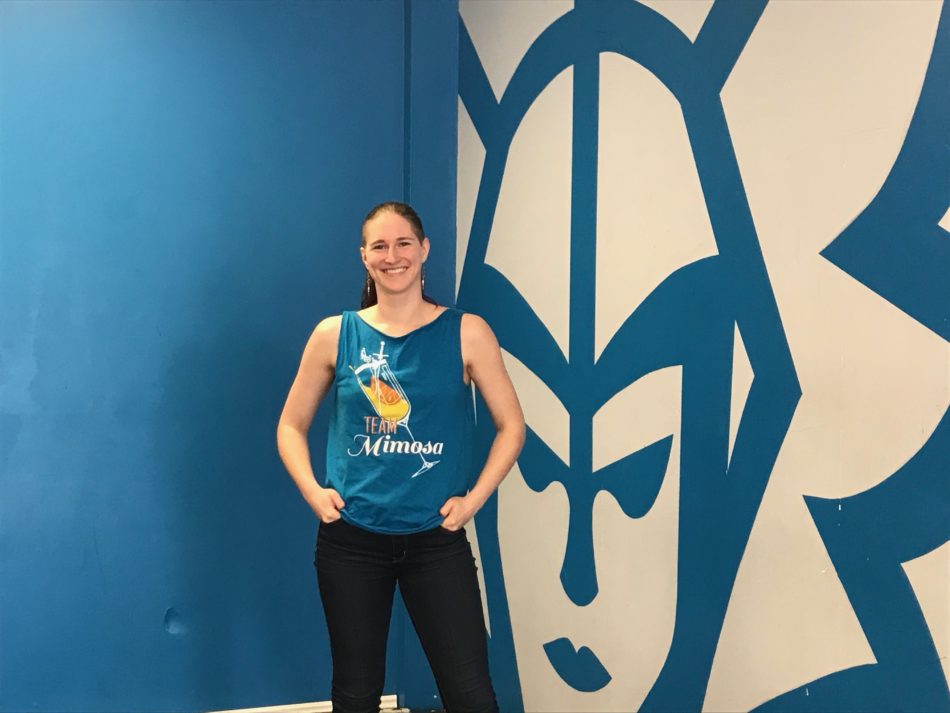 A study released by the Canadian Human Rights Commision in 2015 shows that 70 per cent of trans youth aged 19 to 25 in Canada claim to have experienced discrimination because of their gender identity. On a global scale, statistics from The Trans Murder Monitoring Project from 2015 and 2016 show that the murders of 295 trans and gender diverse people were reported during that time.

This gruesome truth not only justifies the work of the Vancouver-based Valkyrie Western Martial Arts Academy, it makes them stand out for members of the LGBTQ+ community who are hoping to learn how to defend themselves.

“Our priority when we started building the school was to do the opposite of what everyone else did when we were learning,” says Kaja Sadowski, a seasoned martial arts instructor who is responsible for administering the self-defense program in 2012. “We wanted to make sure that the space was welcoming and inclusive, and people from any background would feel good.”

Though she trained in other gyms before joining the Valkyrie team, Sadowski says she was discontent with the way the classes were being taught there.

“The instructors subjected the students to repeat their movements without taking into consideration the physiological differences of different bodies,” she explains. “It is judging people by standards [which] aren’t exactly fair. Although that wasn’t necessarily explicit in the school, all the people who succeed were those who look and learn pretty much the same way as the instructors.”

Fellow Valkyrie instructor Courtney Rice felt the same way about how classes ought to be taught, so they both sought to create a space that was safe for members of the LGBTQ+ community as well as those who have disabilities. Located at 2603 Kingsway Avenue, just a 10-minute walk from 29th Avenue SkyTrain Station, Valkyrie WMAA was founded in 2012 by Rice and David Packer.

“Queer and transgender people especially rely on word of mouth in regards to who is safe and who is trustworthy,” says Sadowski. “The biggest measure of success for me is when people walk into the door of our school and say that they wouldn’t set foot anywhere else. That is because someone in their networks who [earned] their trust told them that we’re safe.”

Sadowski describes herself as a queer, cisgender woman, but recognizes that about 10 per cent of the school’s active student population are either trans or non-binary.

“At some events, especially women’s only workshops—which are also open to non-binary students—and Big Gay Sword Day, trans and nonbinary students make up 25 to 30 per cent of attendees,” she explains.

Sadowski says that the best part of her job is seeing her students “getting a better sense of control over their own history [and] their own traumas” while taking lessons.

“From my perspective, learning self-defense is a tool that provides you with a set of options which allows you to affect and control the world around. That tool can be used in positive or negative ways, but the tool itself is pretty neutral,” she says. “Self-defense isn’t just about physical skills. It’s about understanding how you would solve certain kinds of problems, whether that’s interpersonal conflict if someone is harassing you on the street [or if it’s] workplace conflict and being prepared to decide what’s the best way to proceed for each situation.”