From the Editor: Peek Into the High Risk, High Reward World of Student Entrepreneurship 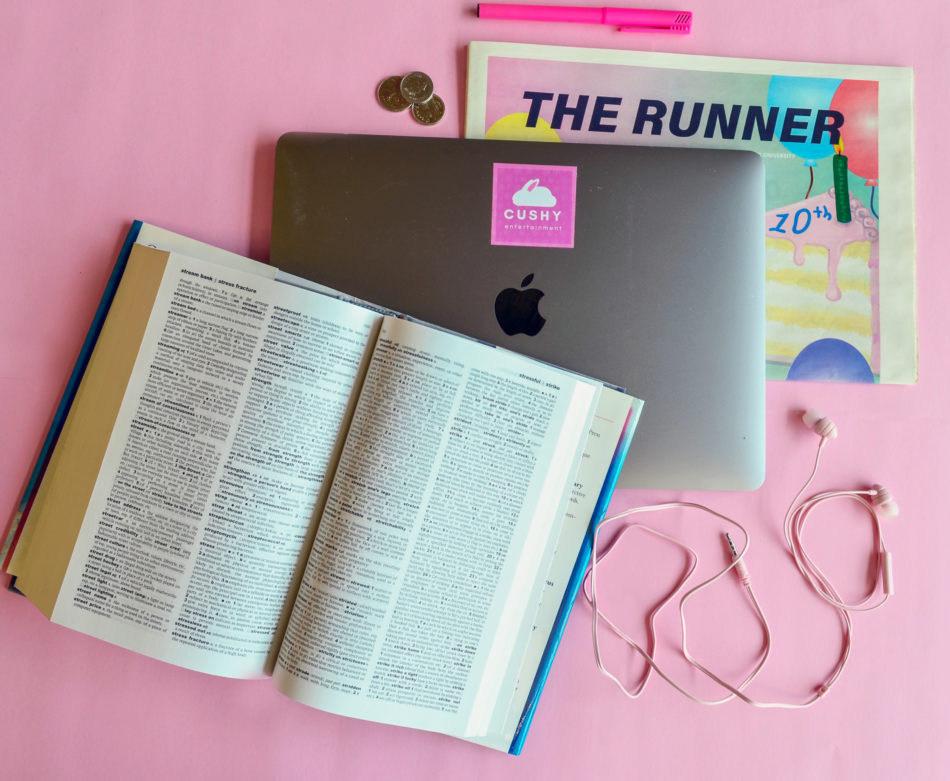 The scariest and most profound moments of my life as a young professional have been when I’ve had to face myself and admit that I have no idea what I’m doing.

There are few feelings more heart-stopping than having your money, time, and pride on the line for a project you’re not sure is going to work out, but when you’re running your own business, that happens all the time. In fact, it happens when you might really, really not want it to.

Sometimes it happens when you’re in the middle of studying for five final exams in one week, or when commitments to another job are dominating your schedule. It might happen while you’re at an important family dinner, or spending quality time with your best friend or partner. Your responsibilities as a business person don’t skid to a halt just because it suits you, and as a student, that can be a lot to handle.

The panic you might feel during these moments comes hand in hand with the butterflies you’ll get when you realize you can make something beautiful happen. And if you’re giving it your all, you will make beautiful things happen. That’s the amazing part.

The only problem with getting to that point is that passion doesn’t always guarantee financial success, nor does it guarantee that you will meet the standards you’ve set for yourself. This is the sobering truth, despite what inspirational posters, underdog celebrities, and your parents may tell you.

Personally, when it comes to work, I have a tendency to jump into things headlong. The first time I got sent out as a reporter, it was backstage at Vancouver Fashion Week. I was 15 and way out of my league, but I did have the tools I needed: one voice recorder, a shitty camera, and an almost certainly obnoxious can-do attitude.

When I became the editor of this paper, I had never been in a position of editorial management before, and was horrified that I held the power to essentially make or break the publication.

When I launched an event production company—which earlier this month ran a two-day music festival called Glitter Ball—I was quaking in my boots. I had more of my own personal dollars invested in that event than I had ever sunk into a project, and therefore was running the risk of losing all of my savings in one go.

I thought about it every day and did everything I could to make it a success, but paying my dues at school and work at the same time was extremely taxing. It was hard—very hard, and I was forced to learn how to prioritize, apologize for my mistakes, and take a breather when necessary.

In the end, Glitter Ball was a relative success. We did okay financially, and since I’m a perfectionist, I started planning how we could improve on next year’s event as soon as this year’s ended.

Before I broke out my notepad, though, a wave of relief and happiness hit me. Ask anyone who has ever hit a major entrepreneurial milestone why they keep doing it, and it’s likely that they’ll cite that feeling as the reason.

Just like how there are few feelings scarier than risking it all, there are few feelings better than creating a company, event, or initiative all on your own. Materializing something that never would have existed without you feels like pulling off a magic trick without the smoke and mirrors. If you can do that, especially while also getting an education, then congratulations! You’re part of a tiny sliver of the population that can juggle a million things at once, persevere, and come out on the other side with something incredible to share.

One thing to keep in mind prior to rocketing yourself into the great unknown of entrepreneurship is that there’s always more to do than you think, and you’re probably going to be learning a lot on the fly.

For most of us, dealing with money is a huge learning curve, so familiarize yourself with Excel spreadsheets and get used to tracking your revenues and expenses. Keep your receipts. Get on your communications game and read as many press releases as you can before writing your own. Make sure your front end—meaning your website, social media, business cards, and potentially storefront—are looking classy and accessible, and don’t forget to keep your internal documents fresh. That means writing policies, paying bills, answering phone calls and emails, and all that other nap-inducing but necessary stuff.

Most importantly, don’t forget to take your business hat off when you need to. Urgent matters might throw a wrench into your plans during your downtime, but at the end of the day your business is nothing without a strong leader behind it. Take good care of yourself and your team, and success will follow.