Editorial: Millennial Coming-of-Age is About Adapting to Oversaturation, Not Memes 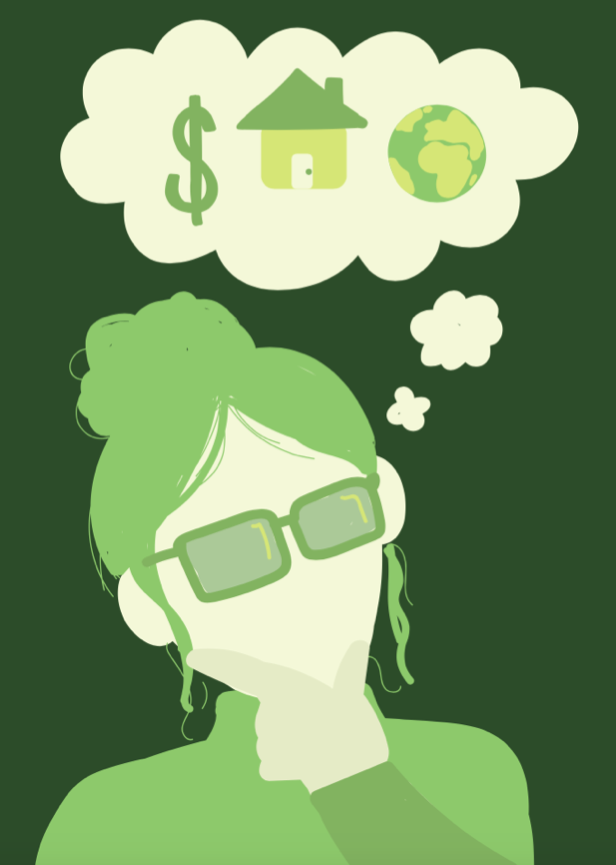 With each generation comes a new large-scale disaster to fear, and with each generation comes a new way of coping. The Boomers felt constant tension caused by the civil rights movement, the Space Race, and the Cold War looming over their heads. Generation X lost their faith in government with Watergate, watched the Twin Towers fall as adults, and experienced financial recessions and energy crises all during the rise of the personal computer. Now we, the Millennials, are on the scene, and we’ve brought our own set of challenges to overcome.

The internet is relatively new, for one, and we’re the first generation to really feel its impact. Back when the Boomers were kids, the idea of being able to turn on a handheld device and find out almost anything you could dream of probably sounded like some far-fetched sci-fi hullabaloo. We can do that with ease now, and as much fun as it can be, it’s also a whole lot of pressure.

Think of it this way: when the Vietnam War was televised, seeing the reality of American warfare shook the populace so hard that it spurred an entire movement of activism and pacifism. Peace, love, and demonstration—that all came from the wave of “wake up, sheeple” hippies that congregated once the truth about war started to rear its ugly head. Even less radical Americans were shocked, and the national attitude towards international warfare shifted forever.

Now, we can see graphic images from wars all over the world, and we don’t even have to search. Sometimes, it can be difficult to avoid seeing gruesome images and horrific stories of violence and oppression on your news feed. Upsetting coverage is unavoidable for anyone with a smartphone, and everyone has a smartphone.

This has forced us, as a generation, to be hyper-aware of the injustices of the world, the blemishes that marr the human spirit, and the wrongdoings of those in power. Millennials have trust issues, yes, but instead of being scared or blissfully ignorant like those before us, we’re angry. We want to see change. We fight for it. We’re relentlessly political.

According to the 2017 Millennial Impact Report, issues related to civil rights and racial discrimination are more important to us than employment and healthcare—still our top three generational concerns overall—and we’re identifiable as a group by our everyday efforts to contribute to social change using both online and traditional forms of activism. This survey was conducted in America six months after Trump was elected, and his presidency has surely shaped this generation within the States and beyond.

Today, the fact that leaders like Trump exist is one of our generational disasters to face. The other big one is climate change.

I won’t even get into it too deep here—do your own research into our environmental future if you fancy yourself a heart attack—but if the world’s leading climate scientists are right, what it’s like to live on Earth is going to change radically and quickly. We’re likely to blow past the two-degree Celsius global temperature increase that was predicted to be catastrophic about a decade ago, which means we have to brace for the elements and the wrath they may very well wreak upon us.

Where our parents had lofty dreams of picket fences and dog houses, we have hopes that we may be able to see our 80s without living through a series of horrendous weather anomalies. Hopes that the thousands of people affected by climate-driven drought in Africa, and the severe storms and rising seas in Europe and North America and widespread coastal regions, will be able to emigrate elsewhere without the death tolls reaching staggering highs. Hopes that we’ll be able to have healthy, happy kids without also having to buy an underground bunker or move to a small highland commune in advance. High hopes.

All of the generational stressors I’ve mentioned are connected, and they put a heavy burden on our shoulders. We have so much knowledge available to us and only so much power. While we might use that power in the ways we know how, that might not feel like enough.

During those times, it can be tough to adjust and to plan out your future—not just as a Millennial, but as a person.

Hold onto what defines our generational experience, and take that knowledge with you as you figure out who you are and what you want from society. We’re lucky to have more innovation, information, and communication around us than any group that came before. How you choose to use it is up to you.