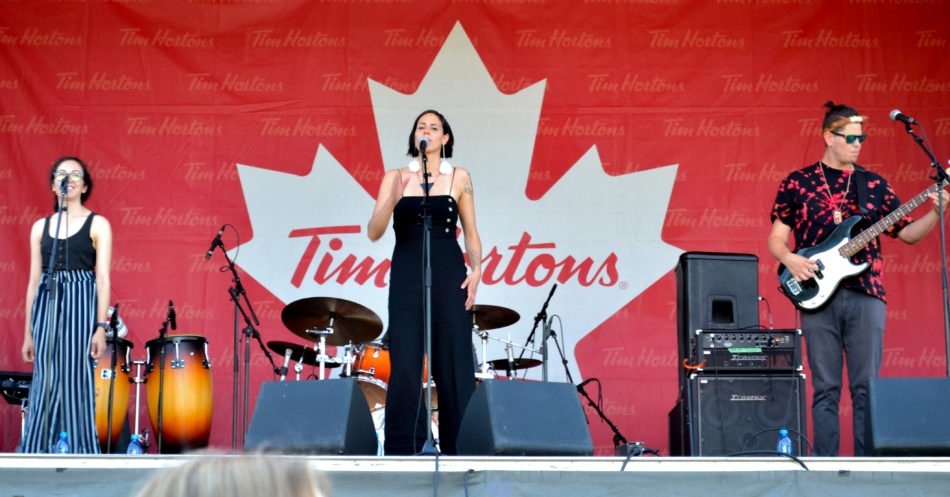 The myriad of cultures that come together for Surrey’s annual Fusion Fest represent the cultural diversity of our community. From Peruvian flute music to Indian cuisine to traditional Chinese dance performances, the variety and authenticity of the festivities there, all within a stone’s throw from one another, is a truly beautiful sight to behold. 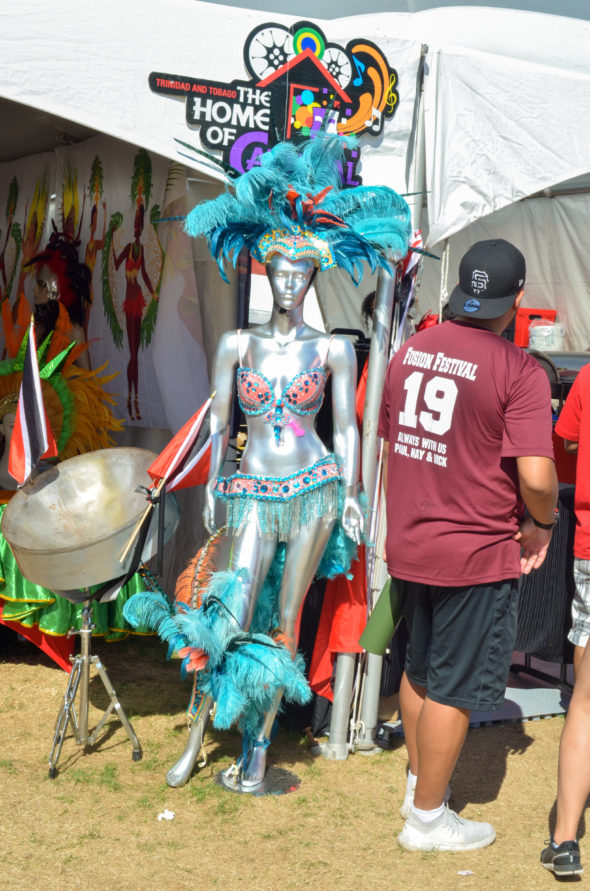 “I close my eyes and it almost feels like home,” says Alejandro, a South-American multi-instrumentalist who was playing traditional Peruvian music. “I can play songs from all over the world, but my favourites are from Peru, where I am from.”

Armed with dozens of flutes, ocarinas, whistles, rainsticks, and other instruments I’d never seen before, Alejandro quickly swapped between a dozen instruments per song, and made for one of the most captivating one-man-shows I’ve ever experienced.

After watching the Alexis Youth Powwow Singers/Drummers and Dancers on the Maple Leaf Stage, and the Chinese Canadian Seniors Society of Multicultural Song and Dance at the KPU stage, I ventured into the Nintendo booth. Both of these exhibits brought generational culture together in their own way.

At first it seemed strange to be playing video games at an outdoor event, but Super Smash Bros. Ultimate and Just Dance were social enough that participating in them didn’t feel like a huge departure from everything else going on at the festival.

“Pretty much everyone nowadays plays video games, so it gives you something in common with people you don’t know,” he says

At the KPU booth, volunteers were asking passers-by KPU trivia questions for a chance to win a free pair of sunglasses. Questions revolved around the university’s claims to fame, such as having Ryan Reynolds attend for one semester, as well as technical information, like how many campuses and programs there are at KPU

“You would be surprised that there’s quite a lot of people who have never even heard of KPU,” says Julian Marcado, a student volunteer who helped run the KPU booths at the festival. “Our main reason for being at the Fusion was recruitment, branding, creating awareness of the diverse programs we offer, and just making people aware that KPU exists.” 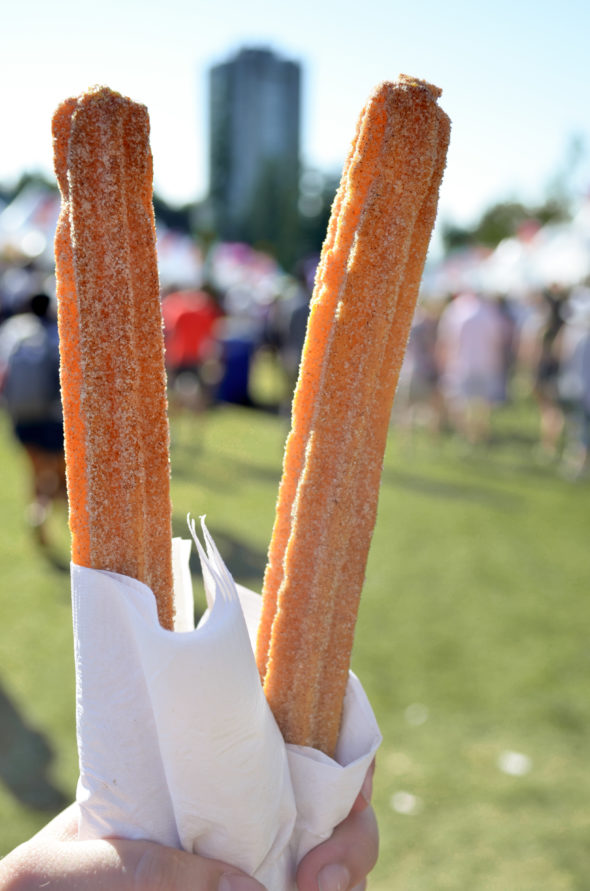 At Fusion Fest you can go all the way to Mexico for delightful churros. (Kristen Frier)

There was a wide selection of food being served at the festival as well, including samosas, masala fries, and plant-based mango lassi from Plant Veda, a Vancouver-based company that manufactures the vegan-friendly versions of traditional Indian lassi.

“I started making them at home because I didn’t want my children to miss out on everything I enjoyed growing up,” says Vanita Gurnani, CEO and Co-Founder of Plant Veda, adding that the dairy-free cashew lassi “is better for our personal health and the health of our planet.”

A man named Nico, who was running the Albianian booth, was eager to share where he was from.

“I’m originally from Kosovo, right next to Albania,” Nico says. What brought him to Canada was escaping “civil conflict and war.”

“I guess I was trying to find a better life, but I miss everything about home. I miss the food, the games, my family, everything I had growing up,” he says. “It’s nice to be able to share it once in a while.”