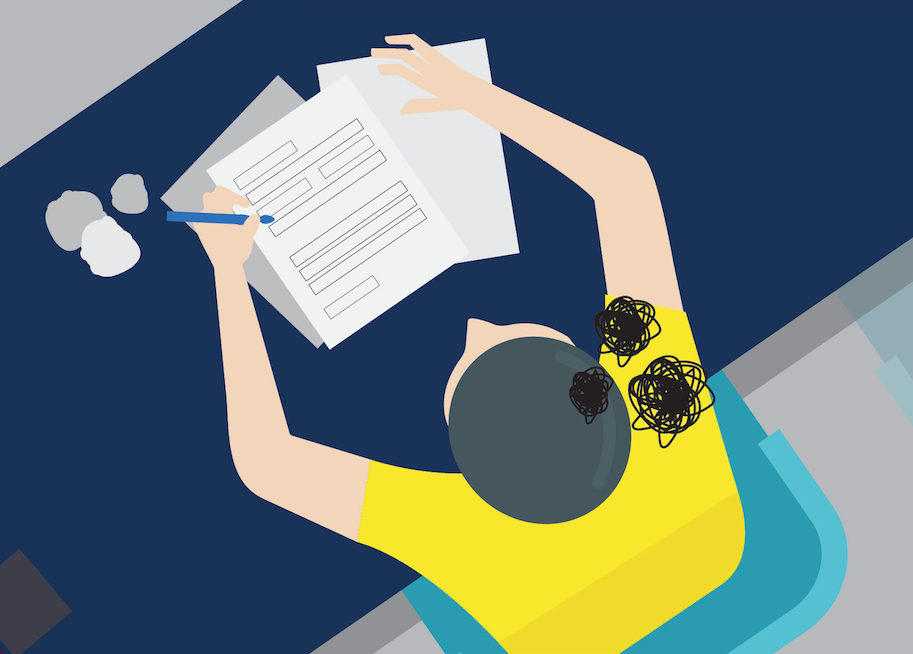 KPU’s policy on filing complaints about instruction, services, employees, or university conduct may be fundamentally inaccessible to vulnerable students, according to two concerned faculty members. Also known as policy AD2, the document lays out a series of principles and procedures that must be followed by anyone using it as a framework to file a complaint.

The principles section of the policy states that anonymous complaints will not be considered, despite the fact that the procedures were developed to protect the rights of all concerned. It also states that all employees have an “an obligation to report any information that is important to the safety and security of Kwantlen Polytechnic University and/or its students and employees,” and that those found guilty of inappropriate behaviour alleged in a complaint may be subjected to corrective action ranging from reprimand to suspension or dismissal.

Two instructors who recently witnessed three students file a complaint against the same faculty member came to The Runner with worries about how the case was handled, and they remain unconvinced that the policy is effective for the purposes of making both parties feel comfortable and heard.

While these students allegedly were subjected to “bullying behaviour” by a member of faculty, they were still required to stay in the classroom with said individual until the end of the course. To the knowledge of these instructors, this respondent was not reprimanded.

“It’s really hard to keep someone’s identity anonymous, especially when they’re told the circumstances of what their complaint is about. We’re not talking about students complaining about their grade. We’re talking about serious behaviour on the instructor’s part,” says one of the instructors. “It should have been taken much more seriously and the students should have been supported.”

They suggest providing support people for complainants, especially those who may speak English as a second language or have a disability that may make it difficult for them to follow the procedures outlined in the policy. These people could be friends, family members, trained professionals, or any other “person of their choosing,” according to the instructors, and could help students with procedures like filling out paperwork and expressing their emotions.

“In the case of [this complaint], these were students with developmental disabilities … so there might be a barrier to them expressing that problem,” says one instructor. “Even when you think of our international students, they might not be able to clearly express to someone in a position of power what has happened to them.”

“I find the policy very ableist,” says the other instructor. “Students need to be very independent to utilize self-advocacy skills, and for some students, particularly students who have disabilities or are in other vulnerable situations, having to take that self-advocacy and act is a very hard thing to do.”

They add, “This policy protects staff first as opposed to students, so what happens is the onus is put on the student to prove something before protection was given to them.”

They both note that the language in the policy may also be difficult to understand for those unfamiliar with internal legislation, and suggest that KPU consider revising the wording used as well as taking care to provide further support and flexibility for students inclined to file a complaint against staff.

Another potential solution raised by one of the instructors is the creation of an ombudsperson position at KPU. At UBC, for instance, the Office of the Ombudsperson for Students was created in 2009 to “help to ensure that fairness and respect are core values that enrich every student’s educational experience at the University of British Columbia.” This encompasses investigating student complaints, according to the office’s website. Currently, Shirley Nakata (BA, LLB) is the Ombudsperson and is supported by two Ombuds Officers; Joy Coben in Vancouver and Michael Jud in the Okanagan.

There are five stages for filing a complaint laid out in the policy, beginning with an “attempt to resolve a complaint directly with the instructor, administrator or other employee or student directly involved” before being referred to an “Administrator.” After this point, the complaint is put in writing and signed by the complainant. A copy of this complaint is shown to the respondent, and the Administrator takes steps to “assure the complainant that all parties will be heard, that the information will be restricted to the people who need to know, and that the mere fact of complaining will have no adverse consequences on the status of the complainant in his/her course or program of studies or employment at Kwantlen.”

Many complaints will be resolved before the fourth and fifth stages of this process, which include referral to the Vice President, Academic and—if both parties are still dissatisfied with the decision made—the President of KPU. In some cases, the VP or President may choose to “retain the services of an external investigator.”

The university’s Vice President Academic also has a fair bit of control over complaints. Any complaint may be immediately moved to the fourth stage of the Policy Procedures at their discretion, and they can decide to discontinue or dismiss an investigation surrounding a complaint “with exclusive discretion” if the complainant “pursues a course of action other than a course set out” in the AD2 procedures.

Concerns about due process being followed by powerful people like the VP Academic are addressed in the policy, however. It states that “every effort will be made to guide the process in a fair and equitable manner,” and that “all individuals will be treated in accordance with the principles of due process.”

“This includes the complainant’s right to seek action, the respondent’s right to know the allegations and to be given an opportunity to respond to them, and the rights of both parties to a fair and timely process of resolution,” it reads.

It maintains that filing a complaint without fear of reprisal is a right of every student and employee at the university, and it also states that “the fact that a complaint has been filed against an individual will not, in and of itself, constitute grounds for disciplinary action against that individual.”

As explained by the instructors, because the respondent has the right to know and respond to allegations, they are made aware of the details of the complaint. This makes it easy to use deductive reasoning to figure out who might have filed against them, therefore creating the potential for instructors to target students in the classroom.

They are also concerned about the fact that students have to remain in class with an instructor they’ve complained about after following the AD2 policy. The following section addresses this:

“As investigations may require frank communication, the University takes the position that it will not disclose documents and other information obtained and gathered in investigations under this policy if the University believes that disclosure would be an unreasonable invasion of an individual’s privacy pursuant to requests under the Freedom of Information and Personal Privacy Act.”

In response to these concerns and suggestions, Interim Vice-President, Students at KPU Dr. Steve Cardwell responded with the following email statement:

“KPU has a formal process for considering requests from the KPU community to create, modify or eliminate policies. Policy AD2 is on the list of policies to be reviewed,” he wrote, according to KPU Media and Communications Manager David Connop-Price. “Any student at KPU can get help navigating policy, procedures or practice through the Student Rights and Responsibilities Office.”