CSF-CB argues that francophone education in B.C. is lacking 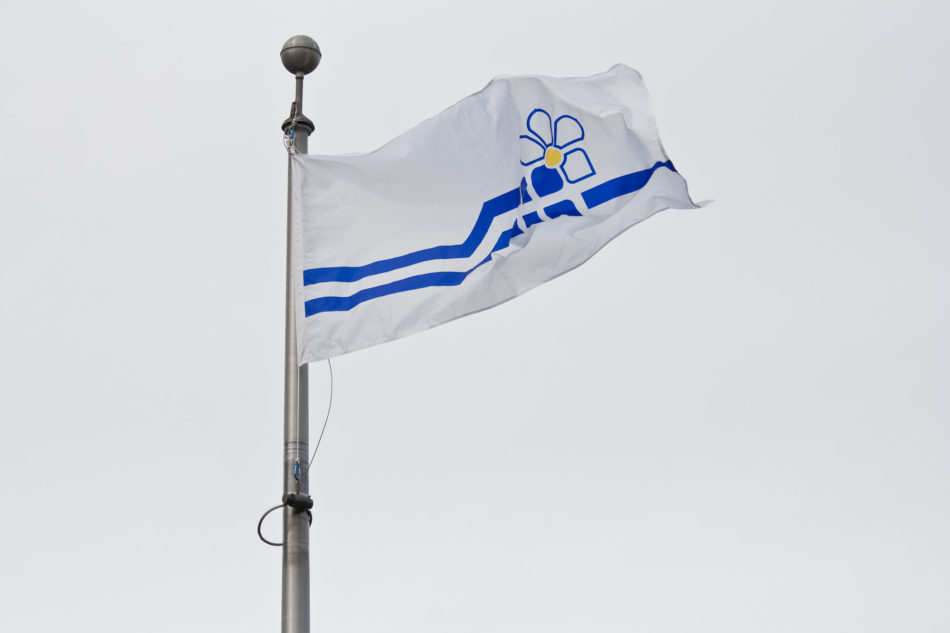 The franco-colombien flag was raised on the grounds of the B.C. Parliament Buildings in honour of the vitality of B.C.’s francophone community. (flickr/ Province Of British Columbia)

“#MonéducationNotredroit” or “My education, your rights” is what the Conseil Scolaire Francophone du la Colombie-Britannique (CSF-CB) is naming its new campaign to raise awareness for a case heading towards the Supreme Court of Canada.

In its new ad, released on July 24th, the organization notes several schools that are in disrepair around the province, including some which are comprised only of portables and trailers. There are currently 73,000 people across British Columbia who are French-Canadians, though the last census lists 314,925 in B.C. who can speak both English and French.

“We’ve been part of this big court case against the Ministry of Education,” says Pascale Cyr, who works with public relations for CSF-CB.

“[The advertisement] was just one communication tool that was developed because on Sept. 26, we’ll be at the Supreme Court of Canada, because the case went through all these steps.”

The Supreme Court of B.C., in a previous court case, found that Section 23 of the Charter does indeed require publicly funded elementary and secondary education in the minority language, which in the Canadian legal context is French. The purpose of this is to enable minority language communities to resist assimilation. However, the B.C. court found that some parts of Section 23 were violated, and that the cost to solve the problem would be far too high.

Cyr also says that these language rights work both ways, and that anglophones in Quebec have the same mechanisms of appeal.

Some may wonder what the need is for francophone public education when there already are a sizable number of French-immersion schools in B.C. However, this is distinctly different.

Cyr notes that francophone schools are unique in that they’re meant for those who speak French as a first language, and who live in a francophone community. French-immersion, on the other hand, is meant for students who are learning French as a second language.

Some may recognize some commonalities between the CSF-CB’s court case and a similar situation in Ontario.

In 2017, the Ontario Liberal government announced that it would be building the first Ontarian French-language University in Toronto, but after the Progressive Conservative Party was elected in 2018, the project was cancelled.

Depending on how the Supreme Court case goes, the CSF-CB suit could have a substantial impact on future decisions concerning Section 23.