From the Editor: Now that the scariest season of the year is over (bye-bye, election 2019), let’s celebrate Halloween 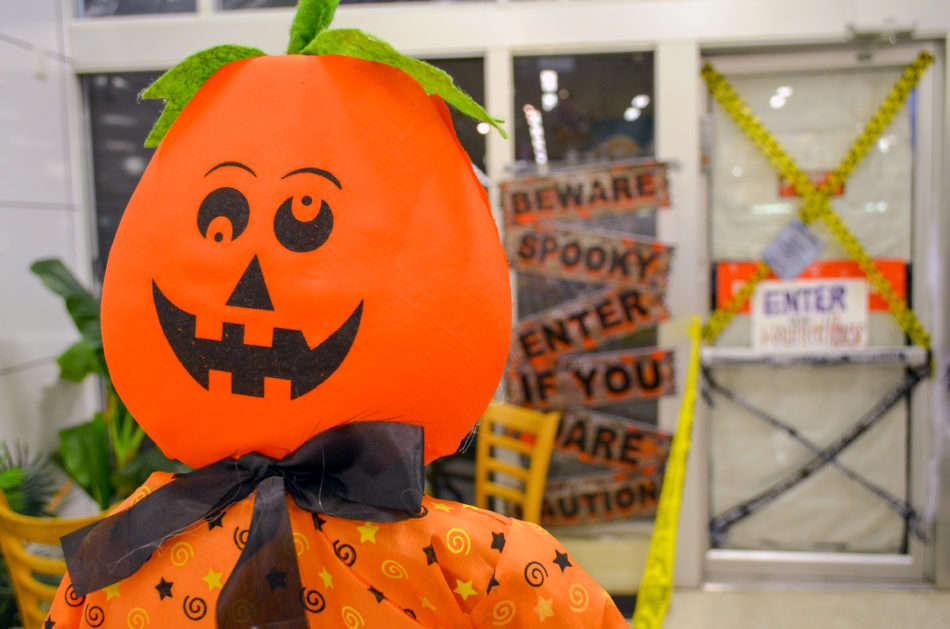 Go on and breathe a deep sigh of relief, because the election is finally over. Whatever happened happened, and we’re stuck with it for the next four years. Yay, democracy!

Regardless of how you feel about our new government, Halloween is on its way, and that means it’s time to bust out your pumpkin-carving knives and candy bars. Let your thoughts of ballots and minorities and proportional representation fade from your aching brain for just a few weeks, and immerse yourself in the creepy escapism of OctoOoOober.

There’s some cool stuff going on in Metro Vancouver this month, including events close to KPU campuses. Check out our story on that and see if anything looks good to you. If it doesn’t, and you’re more of a “celebrate-in-your-head-not-a-haunted-house” kind of guy, here are my suggestions as a big-time scare-lover for how to make the most of this time of year.

Watch a scary movie every single day. The term “scary” is being used loosely here. If Beetlejuice is your thing, or the idea of seeing people’s body parts all over the place freaks you out in a bad way and not a cool way, that’s totally fine. My personal recommendation is to choose a genre that resonates with you — this year, I’m going with classic monster flicks — and power through it. By the end of the month, you’ll be a film buff in the niche, and your psyche will be primed for festivities on the 31st.

Go for quiet walks in quiet areas. I’ve kept this one to myself for years because it works so well in so many ways. There are plenty of pockets near KPU campuses of super silent suburbs or strange in-between places like empty shopping districts and car lots that can really get your imagination going. I found some of my favourite scary spots ever by doing this. Go discover your own, and don’t fill the void with music. It ruins the fun. Just make sure you’re not in danger or trespassing while you hang out there.

Listen to supernatural podcasts. The Last Podcast on the Left is funny, but also really twisted at times. They cover it all; true crime, ghost stories, government conspiracies — basically anything that makes the hair on the back of your neck stand up. If it’s not right for your tastes, though, try out some other programs. Maybe it’s time to get back into Night Vale. There are tons out there.

Get into some unusual shit. If there’s ever a time to let your freak flag fly, it’s now. I’m not saying you should be doing anything dangerous or terrifying. Please don’t. But if you’ve always had an interest in taxidermy, go check out a shop. Watch some autopsy videos if you’ve got the stomach for it. Go looking for the most wild Creepypastas you can find. Start collecting decorative gourds. Whatever floats your boat.

Listen to festive music. Please don’t just blast “Thriller” and “Monster Mash” over and over again. You’re better than that. This time, look for some seriously unsettling stuff. I’m thinking Dead Man’s Bones (did you know Ryan Gosling was in a band? A good band!), Billie Holiday, CocoRosie, Karen O, and Thom Yorke. You could even listen to horror scores or sound effects from The Exorcist if you want to. In terms of local talent, I recommend Cindy Lee for odd, unnerving jams.

Pretend it’s the fifteenth century. Remember when the power used to go out and it would kind of suck but also sort of make the whole night better? Make believe you’re living in a time before electricity for some good gothic vibes. Light candles, pour a glass of red wine, and stare thoughtfully out into the night as you contemplate the macabre inner-workings of the world. If you’ve got a record player, find your oldest, least interesting vinyl and throw it on. What else did people do back then? Do that.

Actually, maybe you should think about politics. You know what’s even scarier than the most fearsome ghosts and ghouls in the universe? The existential dread of knowing you’re a voting member of society whose failure to exercise their rights as a citizen could have real, tangible effects on not only your life, but the lives of millions of people! Cue the Phantom of the Opera theme, Meistro. I’ve got chills.