This year’s conference approached the topic of mental health with a playful point of view, offering activities, snacks, and panel discussions 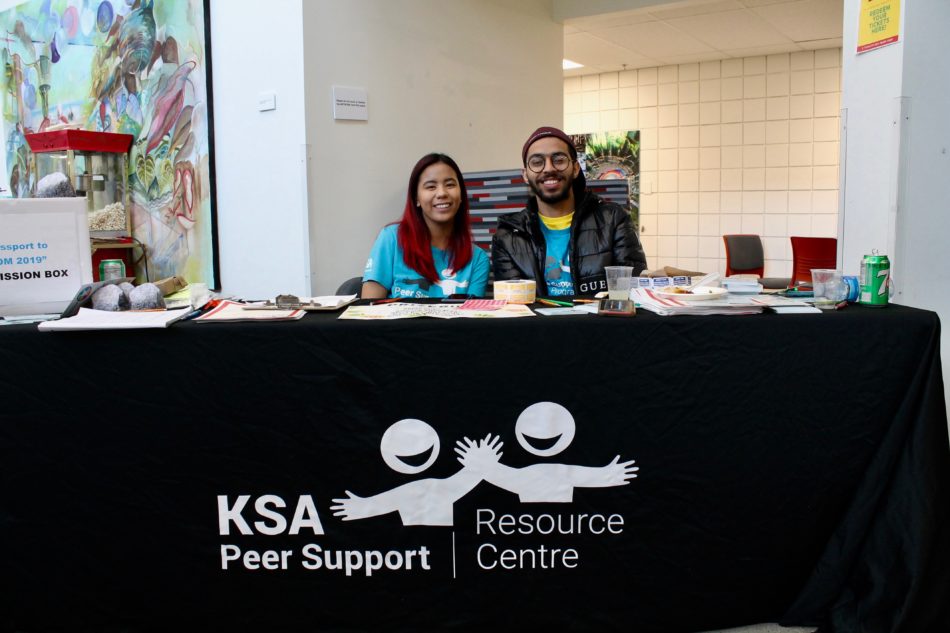 Maintaining your mental health may be serious business, but talking about it doesn’t have to be.

This year, the theme for the KSA Peer Support Program’s annual Pieces of Mind Mental Health Conference was “Playing with Anxiety.” The event featured a variety of carnival games and snacks including mini donuts and ice cream on the Surrey campus throughout Oct. 23.

By creating this type of atmosphere, the conference aimed to take a lighter approach to the discussion of anxiety.

Mental health support organizations from around the Lower Mainland attended, setting up various booths and resources for students to find information and seek support from.

Peer Support Program Coordinators Kiran Natt and Kayla MacGillivray say that they wanted to build upon the previous year’s theme to enhance the conference in 2019.

“This year we decided to talk about anxiety — but think about it in a lighter way — seeing it as something that we can use tools to manage, rather than thinking, ‘Oh, I have anxiety, I’m just going to let it overtake me, and there’s nothing I can do,’” says Natt.

“We’re working on breaking down the stigma surrounding mental health. I think we’re doing a good job of it. However, it’s definitely still there. People are still hesitant to reach out … or share your truth that you’re struggling. We’re still working on that,” says Macgillivray.

Julia Roberts and Travis Rempel are students at KPU who found themselves among the carnival games at the conference.

“It was really fun and interactive. It’s such a stressful time for all of us having midterms and coming into campus and seeing that there’s a bunch of food … and lots of things that have to do with helping anxiety… I found it was really what I needed today,” says Roberts.

“If we’re not taking care of what’s going on inside, we’re not going to be able to absorb any information.”

“We’re still young and we’re still growing. Having a better mental state will help you … later on in life,” says Remple.

Both Roberts and Remple agreed that one of the most prominent booths at Pieces of Mind was advertising “Mindshift,” an app designed to help alleviate symptoms of anxiety. Mindshift was developed by Anxiety BC, a non-profit organization, and B.C. Mental Health and Addiction Services.

The app allows its users to check in with their mental state, try to shift their thinking, and learn more about the various symptoms of anxiety. It also provides them with tools to assist in calming anxiety.

Panellist Sarah Blackmore is a registered clinical counsellor who spoke to the audience at the conference.

“I really love the playfulness and the humor that was brought out [to the event],” she says. “Mental health issues can be very serious, and we don’t mean to invalidate them, but we can approach them with a little bit of lightness … and that makes them a little more approachable.”

If attendees took anything from the 2019 Pieces of Mind Conference, MacGillivary hopes that it’s that “you’re not alone.”

“There are resources,” she says.