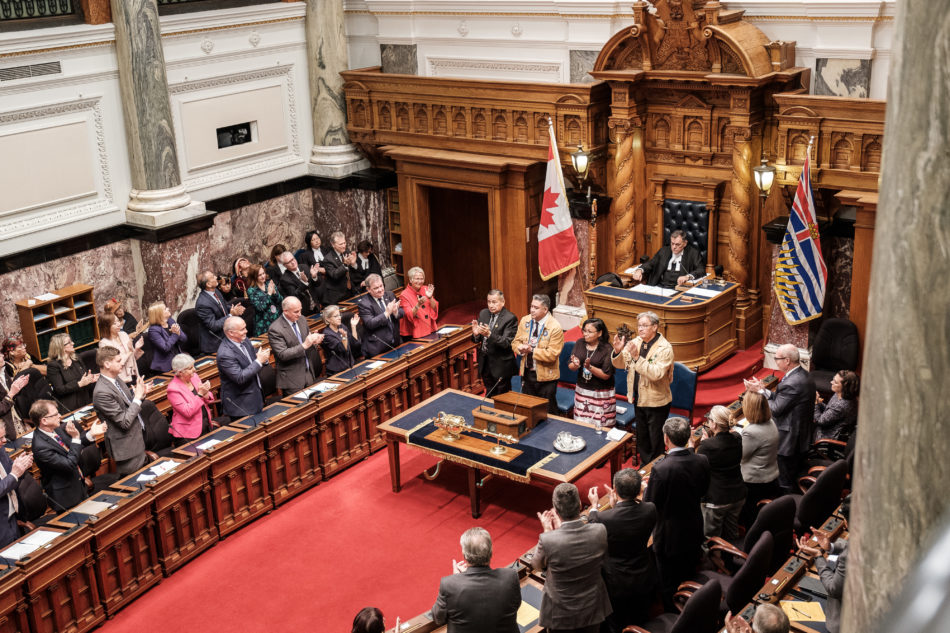 BC will be Canada’s first province to put the UN Declaration on the Rights of Indigenous peoples into law. (flickr/ The Province)

The bill closely resembles the federal Bill C-262, which was originally proposed by the Honourable Romeo Saganash. Though it was passed by the House of Commons, it did not make it past the Senate, and before it could be proposed again the writ was dropped for a federal election. This left room for individual provinces like B.C. to take on the cause.

By doing so, it committed to ensuring that all laws in the province will be consistent with UNDRIP. How something of this complexity will be ensured is still up for discussion.

The bill was created through consultation with the B.C. government, Indigenous leaders, and business advocates. Article 32 of the bill has become the focal point of discussion, as some fear that it will give Indigenous governing bodies veto power on all new development in the province. It states that “Indigenous peoples have the right to determine and develop priorities and strategies for the development or use of their lands or territories and other resources.”

In an article for the Vancouver Sun, Terry Teegee, regional chief for the BC Assembly of First Nations, stated that the declaration law “is not about providing any government with veto rights.”

“Most simply put, it’s about coming together as governments as people seeking to find common ground,” Teegee said.

Though the bill does not offer veto power, it does promise redress and restitution when consent is not granted, as per article 11, which says that “States shall provide redress through effective mechanisms, which may include restitution, developed in conjunction with indigenous peoples, with respect to their cultural, intellectual, religious and spiritual property taken without their free, prior and informed consent or in violation of their laws, traditions and customs.”

This particular article of the bill could come into play if Trudeau’s federal government moves to expand its $4.5 billion Trans-Mountain pipeline project through Indigenous land.

Bill 41 has three key parts to it which include an action plan, annual reporting, and a requirement for consultations with Indigenous governing bodies. The next step after the passing of the bill will be to create the action plan to bring all existing provincial laws into harmony with UNDRIP.

In total, the bill contains 46 articles which cover a range of issues including self-determination, child welfare, place names, consultation on laws, redress, and land claims.

The Northwest Territories has also committed to implementing UNDRIP into legislation in a recently released list of government priorities.