KDocs Screens Because We are Girls Documentary to a Full House 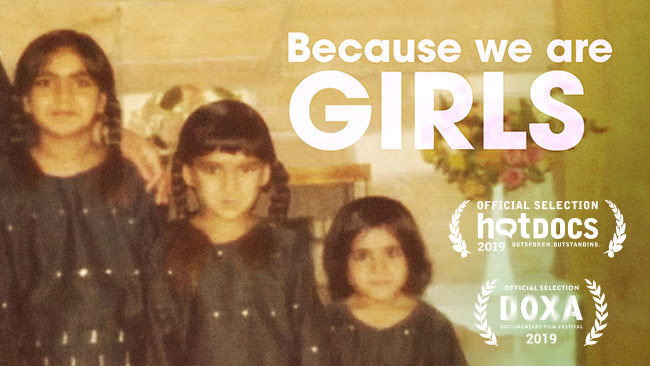 The KPU Surrey Conference Center was packed with audience members awaiting the KDocs screening of Because We are Girls on Oct. 24. The waitlist exceeded over 200 people who waited in line outside hoping to get a last-minute seat to view the film.

Directed by Vancouver-based filmmaker and director Baljit Sangra, Because We are Girls delves deep into the story of three Indo-Canadian sisters who grew up in the small northern town of Williams Lake, B.C. Their childhood was seemingly normal, with a big family and a busy household, and from the outside looking in, the Pooni sisters had a wholesome upbringing.

The film, however, discloses a dark family secret of trauma that the sisters had each undergone form their early childhood into their teenage years. Each sister had been repeatedly sexually abused by an older cousin who lived in their house.

“They go to the police and it eventually goes to the Supreme Court. I follow that right to the end. That was important in the sense that very few — around 1 per cent of historical sexual abuse cases — make it to Supreme Court.”

Although the film’s focus is on one specific family, Sangra says it touches on a bigger issue of sexual assaults within the South Asian community at large.

“In the film I go all the way back to their childhood to have all the layers, to look at the immigrant experience, going to school, racism, the impact of Bollywood … and what that informed them in terms of fantasy and romantic relationships,” he says.

After the film was over, the audience got the opportunity to participate in a Q&A panel discussion with Sangra, and the three sisters featured in Because We Are Girls: Jeeti, Salakshana, and Kira Pooni.

“I will not pass this forward. This cycle of abuse has to stop. I empower my daughter to know,” said Jeeti. “I will not judge them.”

Jeeti and her sisters’ experience with coming forward to their family about being abused was met with judgement and blame — an occurrence the Pooni sisters believe is common within the South Asian community. She expressed that many families like their own have dealt with generations of abuse and trauma, adding that the non-acceptance of it only allows for those cycles to continue.

“In Punjab … you keep your mouth shut because you don’t want your neighbours, your society to talk about you, to talk bad about you, and put your family’s name in this light of shame,” said Kira. “So now our message is: ‘Please do talk about us. Go into your own households and talk about us …. Look at it [and ask] ‘What lessons can we learn? How can we educate each other?’”

Though the sisters’ battle with their abuser is still an ongoing case within Canada’s justice system, they remain hopeful.

“You guys make me heal,” said Salakshana, who was met with overwhelming applause from the audience.