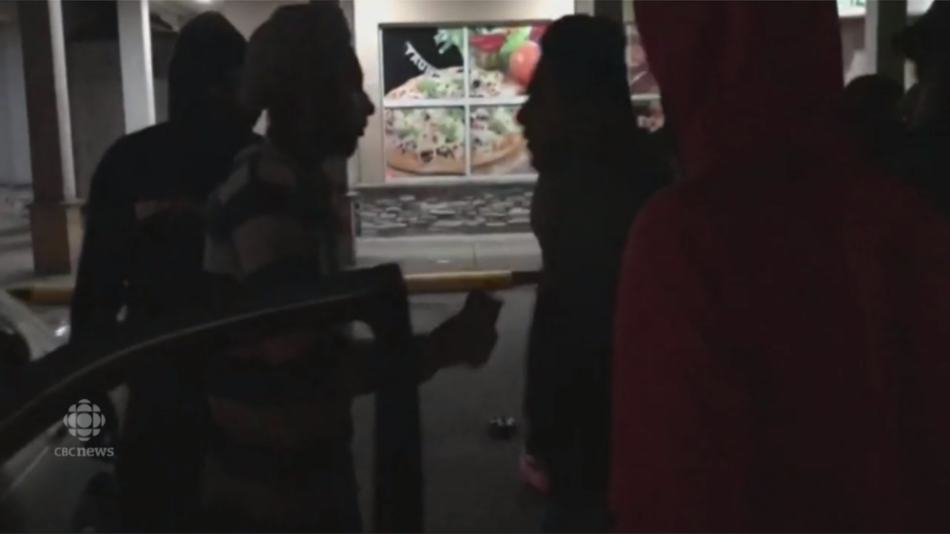 A brawl took place outside a Strawberry Hill strip mall on Nov. 11. (screengrab)

Three international students have been deported due to a violent altercation that took place in Strawberry Hills in August, and the visas of three others are under review as a result of another incident that took place along 128 Street on Nov. 11.

Both of these fights, which took place in large groups, were caught on video and distributed widely on social media. Surrey Mayor Doug McCallum issued a public statement saying that he is “deeply concerned” by this.

“This behaviour is repugnant and puts the public at risk. It is imperative that RCMP take immediate and strong action to get a handle on this kind of mob violence that is occurring far too frequently in Surrey,” he said.

The first incident, which happened in August 2019, showed a group altercation between about 15 people. The second was an assault with a weapon on the morning of Nov. 11 which is still under investigation. The Surrey RCMP’s Community Response Unit says that it has been looking into these incidents, and 50 people collectively associated with them, since March of this year.

“We want to assure the community that our Community Response Unit has been actively engaged in this issue for the past eight months. While these incidents involving groups of youth are somewhat isolated, we are dealing with those responsible for these disturbances, and working to prevent further incidents from happening,” said Superintendent Shawn Gill, Community Services Officer, during a press conference.

“We encourage residents and business owners to report these types of incidents and videos directly to police so we can work with the community to address these in a comprehensive manner.”

In response, business owners and property managers are keeping an eye out for fights on the streets and improving their security measures. Several members of the public have addressed concerns about safety. Others are calling for greater education and more accessible prevention information for keeping youth out of gang and street violence.

The Surrey RCMP Diversity and Indigenous Peoples Unit is one organization dedicated to keeping international students safe and secure in Canada. In response to the recent investigations and deportations, it’s collaborating with international student associations in the area. Any information as to whether or not the unit is in contact with KPU students is not currently available to the public.

Although a recent RCMP press release states that not all of the people involved in the fights were international students, it also reminds anyone visiting on a visa that they can be deported if their involvement in criminal activity if discovered by police.