The event was the first to be presented by Melanin: KPU’s BIPOC Writers’ Collective 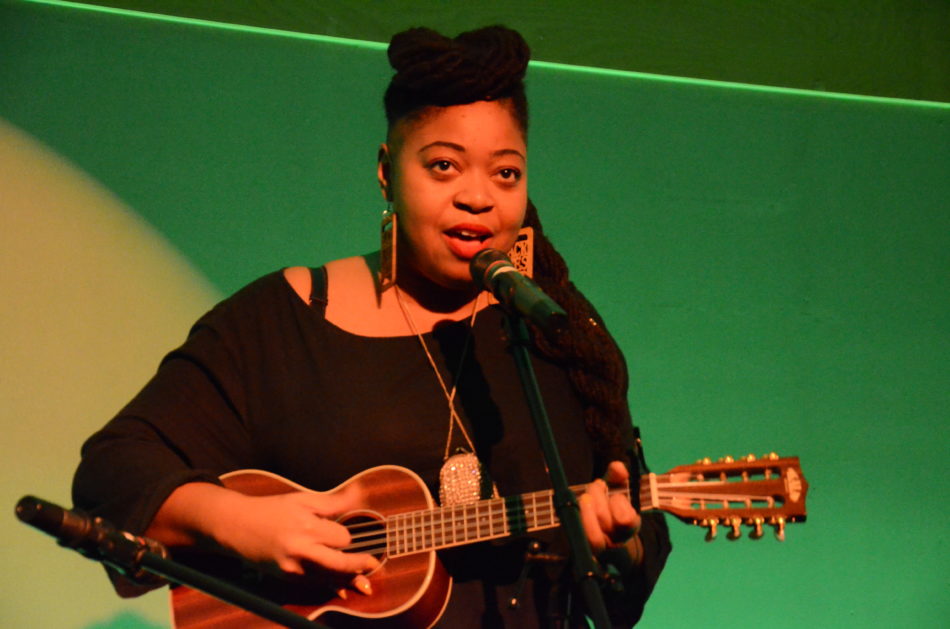 African Descent: Spoken Truth gave a platform for poets and musicians of African descent to share their art on Nov. 8.

Dana I.D. Matthews, a spoken word poet, started the night off with a powerful and charismatic performance. He began his set with a poem to calm his nerves, and then proceeded to make the audience fall in love him and cry while reciting poems from his collection, Another Day’s Work.

With his performance of “Black Dad,” a poem about his experience as a father, Matthews rejected stereotypes imposed on him. Hosted by Melanin: KPU’s BIPOC Writers’ Collective, African Descent: Spoken Truth provided a safe space for him to perform the poem without the burden of tokenization.

Jillian Christmas, a queer Black writer, was given the space to do whatever she wanted, and she performed using a ukelele case as a drum. Christmas’ performance was a mix of poetry and music, and as she spoke and sang, her soothing voice filled the room.

Ifra Hussein is a Somali-Canadian poet. Her high-energy feature was filled with social justice themes. Hussein had poems about her anger towards Donald Trump along with quips about her mother’s thoughts about the Somali sun.

Sonya Littlejohn’s performance explored both ends of the emotional spectrum. She entertained the audience with banter about her bladder while grounding them with poems about her best friend.

They ended their performance with a feature from Buni Kor, one of the co-founders of Afro Van Connect.

For their own set, Afro Van Connect shared poetry, music, and dance. The dance group’s piece was a call to action, and they had the audience sign letters to be sent to the governor of Texas in support of a petition to free Rodney Reed from prison.

“[We are] a not-for-profit organization that focuses on creating space and visibility for African descent and our allies,” says Kor. “I think it’s amazing to be given space at KPU …. When I started this organization with my friend we were just believing that we were in need of space.”

Afro Van Connect ended their set with a collaborative number, and all of the members of their community gathered on the stage for a jam session. Members from the audience gave three words of their choice that Kor and the other performers incorporated into an impromptu song.

“It’s important for community and joint creation …. When you create and play together, that’s one way in which we all know how to harmonize together,” Kor says. “They come to see our value. You see how everybody in the room can be supportive and supported.”

Kor and other founders of Afro Van Connect are holding a safe space for people of African descent but also for allies.

“At Afro Van Connect, we make sure people feel safe. We’re open to everyone,” Kor says. “We wanted to be an unapologetic place where you can come and just be yourself, be supported and understand that there are people in this world who will support you, who see you and who want to celebrate you as you are.”

Chelsea Franz, the organizer of the event, says that “African Descent: Spoken Truth is just giving another community a little highlight.”

“[It’s] a chance to speak their truth, share their stories without the burden of tokenization or feeling like they have to speak for more than just themselves,” she says.