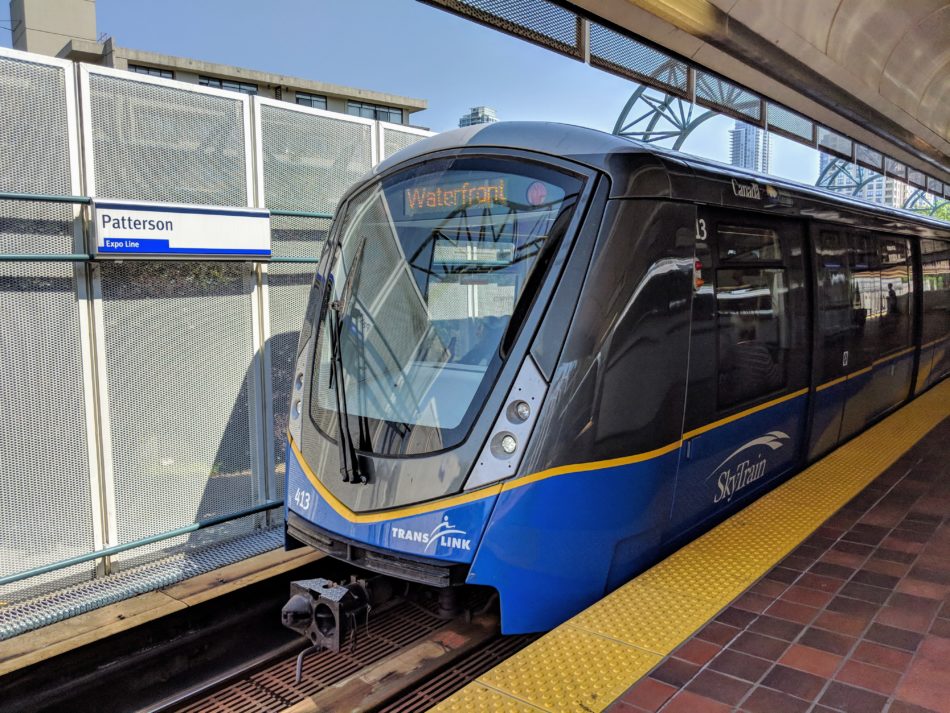 The BC transit strike may now be affecting Skytrains. (wiki.commons)

Weeks of negotiations between Metro Vancouver transit workers, trades people, and their employers have not yet resulted in an agreed-upon deal between the parties.

On Nov. 1, Unifor Locals 111 and 2200, which represent transit operators and skilled trades workers respectively, decided to pursue job action after receiving contract adjustment offers by Coast Mountain Bus Company which did not meet their requests. Because of this, Metro Vancouver bus service is expected to stop running on Nov. 27, 28, and 29. The buses will return to full service on Nov 30.

Unifor is looking for a salary increase for transit operators of 15.2 per cent compounded over the next four years of the contract, and 16.7 per cent for trades and bus maintenance workers, and better break conditions.

“Union demands would amount to more than half-a-billion dollars over 10-years,” he said. “This is funding that would otherwise be used for transit improvement and expansion.”

On Nov. 21, the union which represents SkyTrain workers employed by BC Rapid Transit Company, CUPE 7000, voted 96.8 per cent in favour of pursuing job action. However, there are no plans to change SkyTrain service yet.

The Kwantlen Student Association publicly supports the workers who are involved with the job action and advocates for a resolution which benefits them.

“We fully support the transit drivers and their cause,” says David Piraquive, President of the KSA.

“At the end of the day, they’re the ones who have to deal with a lot of things firsthand. I transit every day to and from work so I think it’s reasonable, what Unifor and the workers are asking for.”

Unifor is organizing a “Rally for Transit Workers” on Nov. 28 at the TransLink headquarters in New Westminster. This is the same day that the Mayor’s Council is scheduled to meet.

“We’re in talks about joining them in the rally on Thursday in New West,” says Piraquive, who adds that he may be scheduled to speak at the rally.

The KSA plans to increase shuttle services for students who are affected by the strike and are unable to travel between the campuses by other means. The shuttle that runs between the Surrey and Richmond campuses will be active during the day to compensate for the absence of the 301 bus.

“We’re also looking to see if we can expand [shuttle service] to the Civic Plaza campus,” he says.

“We have received messages of support from the Kwantlen Student Association. We’ve heard from other student unions as well,” says McGarrigle.

“For the rally, we expect thousands of people to be there, and we already know because we’ve been handing out tens of thousands of buttons and leaflets. Of course, everyone is frustrated, and people are worried, as are our members who are potentially going to be going without their paycheque.”

If TransLink and BCMC do not offer workers a better deal, McGarrigle says that job action could continue after the initial three-day strike.

“This is the first time in 18 years that we’ve taken this kind of action, and at the end of the day, our members serve the passengers. We know we serve the students and we know it’s very frustrating,” he says.

KPU released an online statement on Nov. 20 which said that the university “is preparing for the possibility of significant disruption to Coast Mountain Bus Company bus and sea bus services in Metro Vancouver on November 27, 28 and 29 if job action escalates.”

As of Nov. 22, KPU says it plans to continue operations as normal. Students can find updates at kpu.ca/bus-action-info.