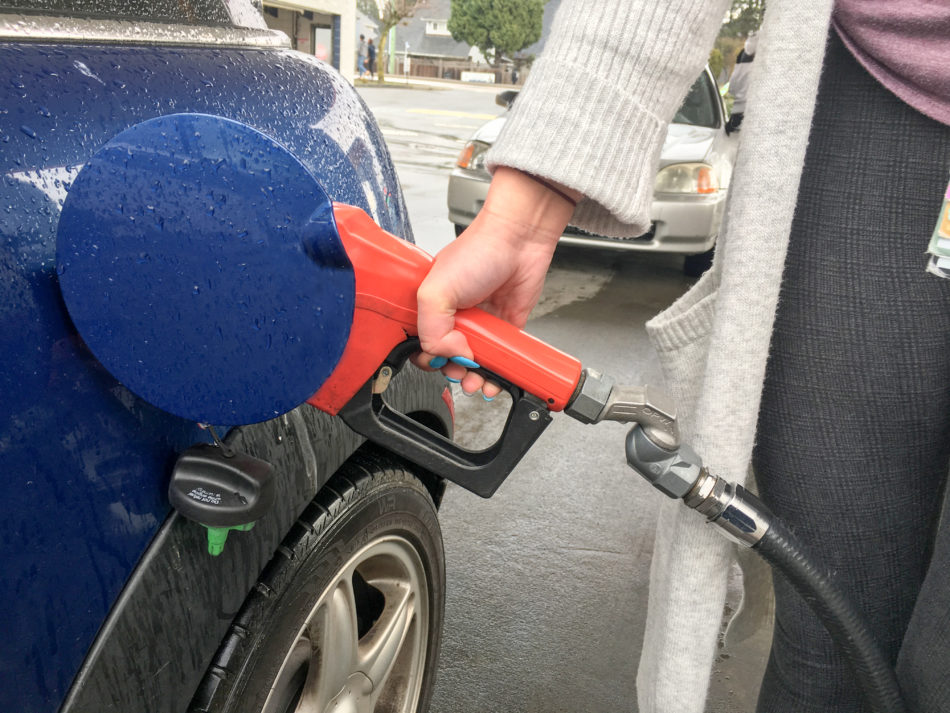 Major gas companies – as well as consumers – have no explanation for the dramatic rise in fuel prices in B.C. (Kristen Frier)

Gas prices in B.C. are on the rise, and it appears that major companies still don’t know the true reason why.

British Columbians are well aware of the high prices they pay at the pump, with Metro Vancouver and Vancouver Island receiving the short end of the stick. This past May, Premier John Horgan issued an inquiry into the shocking spike when the gas price reached a record breaking price of $1.70 per litre.

According to a CBC article, big companies still couldn’t figure out the main factor behind the increase in price after the results of the inquiry came back. David Morton, Chairman of the Utilities Commision, told the CBC that “the higher price differential [couldn’t] be explained by economic theory or justified by known factors in the market,” adding that British Columbians are paying $490 million more per year in gas than they should be.

The report shows that many factors play into the price of gas, one of which could be a lack of access to crude oil by Parkland, a major supplier, through the Trans Mountain Pipeline. However, the Parkland company has stated in the inquiry report that crude oil access has not affected their price of gas because they can only charge a competitor price.

A CBC article shows that British Columbians pay an alarming amount of tax on gasoline. Three of the main gas taxes throughout B.C. are the B.C. Transportation Finance Authority Tax, the Federal Excise Tax, and GST.

While some might be quick to think the added taxation could possibly play a part in the cost of gas, the article mentions taxes alone still don’t explain the high cost of gas and the sudden increase in price.

Then there are other taxes refined to particular regions like Vancouver and Victoria. Metro Vancouver residents pay a transit tax which adds to the price of gas. However, the provincial inquiry report shows that residents in Vernon, Mission, and the Sea-to-Sky area also experience spikes in gas prices despite the fact that they don’t have to pay the transit tax.

In response to the release of the B.C. gas inquiry report, the B.C. government introduced Bill 42.

Once passed, this bill would allow the province to regularly collect and publish financial information about the market, as reported in a CBC article posted on Nov. 18.

Companies will be required to share information on fuel imports and exports, fuel volumes at refineries and terminals, and wholesale and retail prices.

This legislation was brought forward to clarify the reasons behind the cost British Columbians have to pay at the pump. If the bill is passed, B.C. will join American states like California and Washington as governments committed to maintaining transparency on the price of fuel.