Ikponwosa Ero Speaks on the Struggle to Protect People with Albinism 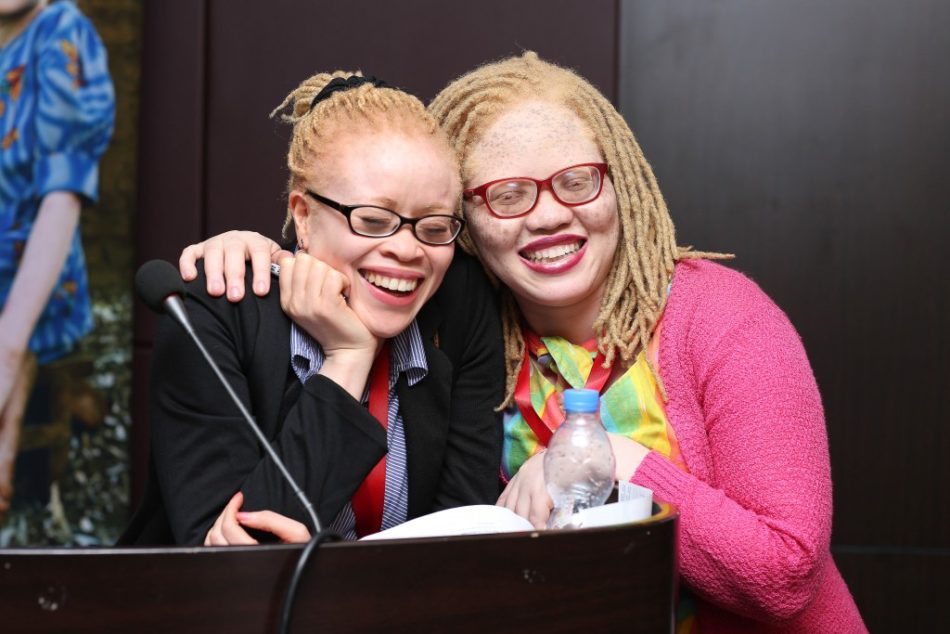 Albinism is a genetic disease affecting 1 in 20,000 people in North America and Europe. A 2014 report by the Canadian charity Under the Same Sun studied attacks against individuals with albinism in 180 countries and documented 129 killings and 181 other attacks in 23 African countries, where the rate of persons born with albinism is much higher than it is in Canada.

These crimes are a violation of numerous international laws and treaties including the 1948 UN Human Rights Declaration, and the 1989 Convention on the Rights of the Child. People with albinism also face social, political and economic discrimination.

In October, United Nations Independent Expert Ikponwosa Ero spoke to KPU political science students in Richmond about her experience as a person with albinism.

Ero was born in Nigeria and came to Canada to study law. Her mission is to educate the public about how people with albinism face persecution and violence worldwide.

Ero’s journey from living in Nigeria to becoming a United Nations Independent Expert in 2015 has been a challenging and successful one.

“An opening came up in the UN and I applied for it and the UN human rights council considered the candidates and then chose to appoint me. It was a natural choice I suppose for them, but it was also a natural fit for me because I had been working with the UN on people with albinism and human rights,” she says.

One of Ero’s most substantial professional achievements so far has been the creation of a regional action plan in Africa.

“It is the first time the African continent systematically decided to do something in response to attacks,” says Ero.

“We came up with specific measures that governments could carry out at very little cost. The regional action plan is now active and has been implemented by several key [African] actors. Even where it hasn’t been implemented, at least now people have a guide and they know there is a problem.”

People with albinism also face the daunting obstacle of overcoming the belief that their skin condition is associated with witchcraft. These erroneous beliefs often lead to violence.

More recently, Ero’s work has focused on this issue.

“If there is a violation of human rights that is a harmful practice, because we know what that is, and there is any indication that it is related to belief in witchcraft, then you’ve got a witchcraft issue,” she says.

Ero notes that, in order to protect persons with albinism from these attacks, other marginalized groups must be protected as well.

“Witchcraft affecting people with albinism is a piece of a pie. If we are going to destroy that pie, then we need [to destroy] the entire pie. We can’t just destroy one piece and think that we’re safe because we will not be,” she says.

“It’s always quite eye-opening and humbling to hear about the adversities people are facing all around the world, things that I’m privileged enough not to worry about in my daily life,” says KPU student Cameron Lyons.

“After listening to Ms. Ero, I feel far more informed about the issues faced by those with albinism and comforted to know that there are people working to educate others on these issues and help those in need.”

Letter to the Editor: KPU staff and faculty should treat students better