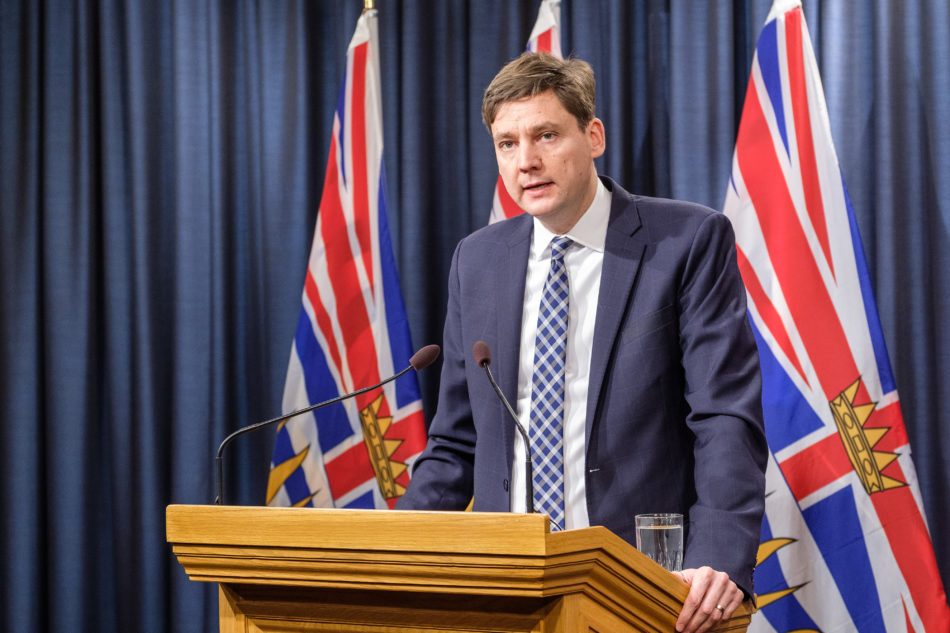 Two years ago, Eby called ICBC’s situation a “financial dumpster fire” when he addressed reports of $1.3 billion losses for the 2017/18 fiscal year. That term stuck.

ICBC claims the frequency of car crashes have risen over the years, reaching an “all time high in 2017,” making it the primary cause of their financial crisis.

However, there are other numbers suggesting there is more fuelling the fire.

Eby admitted that vehicle injury claims had increased, and the climbing use of experts contributed to a spike in ICBC’s litigated injury settlements.

The Vancouver Courier broke down a financial report from 2017 by a third party, Ernst & Young, and found that although the number of crashes had increased “despite car and road safety improvements.” So have repair costs for those damaged vehicles. The report states that this is likely due to rising labour costs and new technology and materials for expensive cars.

Payouts for minor injuries have increased as much as 365 per cent, whereas claims of serious injuries only increased 25 per cent from 2000 to 2016.

The biggest financial hit comes from legal costs, and the longer a claim takes to settle, the more expensive the fees become.

Solutions are limited and restricting. Eby is in a corner with no way out.

He tried to limit lawyers in court to one expert and one report each for claims valued less than $100,000 and three experts and reports each for other claims. However, he lost in October because this “violated the exclusive powers of a court to control its own processes.”

Eby has promised to make other attempts to change ICBC’s fate by focusing more on road safety.

In 2017, the government announced increased fines for drivers with a history of distracted driving, as it has been designated a high-risk behaviour.

Eby announced the creation of a pilot app installed on a device plugged into a car that blocks the phone from being used while the car is moving.

He also said that the government would move to full-time activation red light cameras to improve dangerous intersections.

Among some other premium changes, insurance rates are also now based on a driver’s risk. This, however, has caused outrage across the province for new drivers and their parents.

At the time of writing, not much has happened other than the high-risk driver increase which started on Sept. 1.

Eby did order a delay until February this year on ICBC’s rate application, which will decide a possible increase to basic insurance rates.

He says that the government is currently working on reforms for the recent court decision to strike down his case to limit expert reports. This, he believes, “will help reduce costs and have a positive impact on any required rate changes.”

Eby said he acknowledges “there will be unhappy groups no matter what we do.”

Our money is being used to gamble without our consent. Of course we are unhappy.

Update: since this article was published, ICBC announced the change to no-fault insurance starting May in 2021.