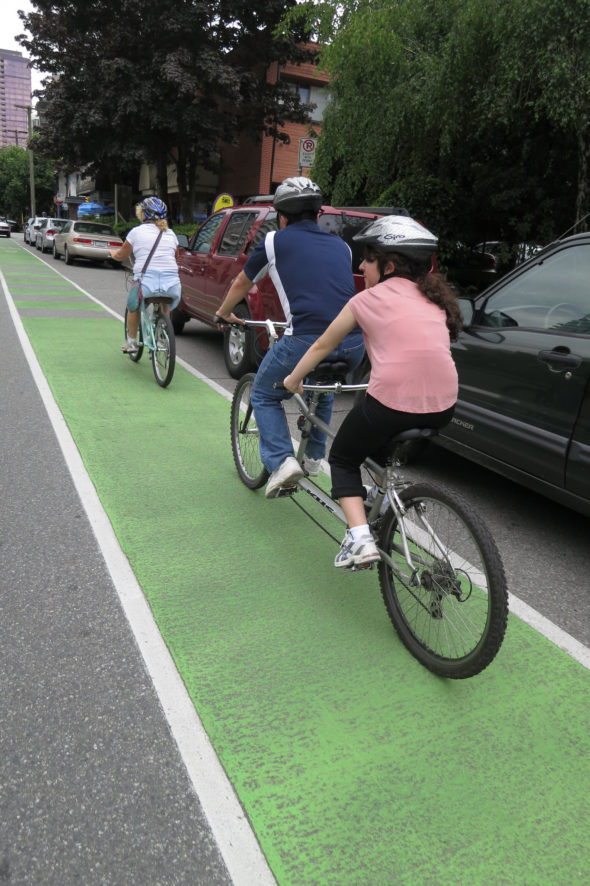 When you think about it, Metro Vancouver has a pretty good bike system in place.

There are many beautiful trails for bike riding in the city of Vancouver and its surrounding areas. From biking around the Seawall or Queen Elizabeth Park to cruising around Richmond and enjoying a thrilling ride in Steveston, there’s lots of variety in where cyclists can go.

It’s clear that Metro Vancouver’s bike system is useful for touring specific municipalities and enjoying attractions, but when it comes to commuting from one municipality to another, this region doesn’t quite take a lead.

Take Copenhagen, Denmark for example. It landed a number one spot in a 2019 article that showcased the top 20 bike-friendly cities in the world. In that list, Vancouver tied for 18th with Montreal.

Wondering how great Copenhagen’s bike system must be in order for it to receive the first spot?

Let’s start with the fact that Copenhagen has more bikes than cars in it, enabling the government to prioritize and create routes that conveniently help bikers get from point A to point B. The city itself has over 400 km of bike lanes, and the greater Copenhagen area has over 900 km.

It’s crazy to think that a city would dedicate that much space for bike lanes, but when you really think about it, it’s a great idea.

We’re continuously encouraged to leave our cars behind to bike more, but when we begin to take up biking, we’re met with bumps on the road.

For one, each municipality in the Metro Vancouver Region has their own rules for biking and the journey from one city to another is not the easiest to make.

Not every city has bike lanes that make it convenient to get through traffic, and many fail to have continuous bike lanes at all. They tend to start and stop abruptly, and once they’re gone, you either have to share the sidewalk with pedestrians or ride on the shoulder.

The first thing municipalities in Metro Vancouver need to get out of the way is creating bike lanes that help people get around the city. Then they can work on improving space for cyclists on freeways and highways.

The Oak Street bridge is one example of local infrastructure that could be improved. It connects Richmond to Vancouver, but there is no bike lane in place on it. Cyclists have to ride on the sidewalks in order to cross the bridge, dodging any pedestrians in their path. It’s the same with the Alex Fraser Bridge and the Queensborough Bridge.

A simple fix for this would be following in Copenhagen’s footsteps by creating a bridge for cyclists, but we know that plan isn’t feasible for us just yet.

What we need to do first is focus on bike lanes. Cyclists need a lane just for themselves.

Many residents of this region are starting to bike more, and many of them want to be able to commute from one city to another on two wheels.

Having a bicycle lane on the freeway or highway would be very helpful when it comes to crossing from one city to another without a car as well.

If we’re able to get that done, hopefully we’ll be able to realistically consider creating a bridge crossing dedicated to bikers alone.