How the world economy is being affected by COVID-19 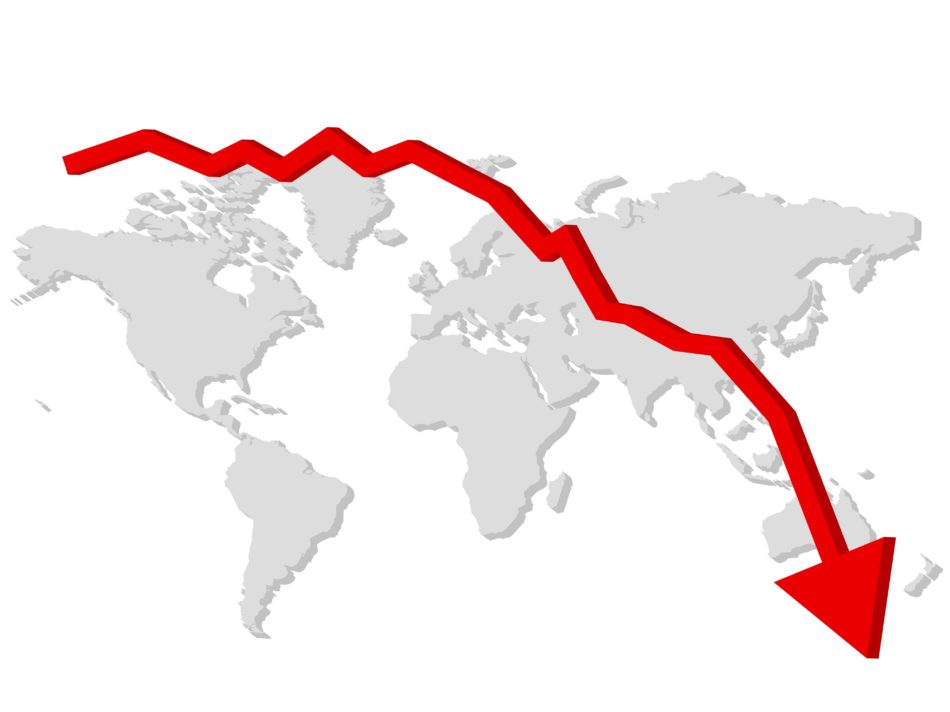 Employment is falling while countries across the globe deal with the economic impacts of COVID-19. (pixy.org)

Three billion people around the world are living under a quarantine order although many of them simply can’t work from home. It’s not surprising that this has had a massive impact on the global economy.

It was clear months ago that China shutting down much of its production was going to have an early impact. Output in the country was down by 13.5 per cent and retail sales were down by 20 per cent. China’s unemployment rate also rose to 6.2 per cent in February, a 1 per cent rise from 5.2 per cent in January.

This has had a cascading effect throughout much of the world. Because of how many goods are produced in China, the lowered supply can not meet global demand. There are also numerous incidental goods which are produced in China which will continue to disrupt supply chains. If you were to start a small machining company in your Vancouver garage, you would almost certainly need tools or some high volume of parts made in China to even start working on your first product, for example.

Even if COVID-19 hadn’t spread outside China, car makers like Hyundai in South Korea still would find themselves running out of parts like engine wire harnesses, unable to build new cars until things return to some version of normalcy.

Elsewhere, lockdowns are stopping economies dead in their tracks. Restaurants, retail, and many office jobs were immediately thrown into chaos, and more worryingly, it’s hard to say how long it will take for these jobs to come back. Many people who didn’t shop online before will have to get accustomed to it, and some might even grow to prefer it. This too could impact the economy.

In other cases, many other employers and educational institutions are starting to consider how often they really need their employees to physically come to the office. In a small survey of 300 CFOs, about three out of four said they expected to see more people working from home after COVID, which in a year could mean more office and retail availability.

If this were to lead to persistent changes in the habits of people who get to remain employed during the crisis, it might mean that there will be fewer people driving or taking transit between work and home, meaning it’s less likely that people will pass by businesses or restaurants they would otherwise stop in.

In the U.S., however, things are looking dire. The most recent unemployment numbers suggest that 10 million people are out of a job, and some economists such as Paul Krugman believe that number could soon become 15 million. Others, such as Heidi Shierholz, former Chief Economist at the US Dept. of Labor, believe that 20 million unemployed and 15 per cent unemployment overall is likely. Every single one of those data points is a person whose life has suddenly and drastically gotten more complicated, and in most cases, scary. The majority of Americans, and for that matter, Canadians, don’t have much in terms of savings, and also carry a lot of debt.

Given that the U.S. is the number one consumer economy in the world, this will have a ripple effect on other countries. It’s less likely that any of those people getting laid off will be buying Chinese-built phones or importing Italian wine. The only expenses being prioritized for most consumers at the moment are for food, water, rent, medicine, and utilities.

Like any massive engine, the global economy takes time to get going again once it slows down or stops. Some things will be different. Many countries are likely to start diversifying their factories and suppliers, keeping their eggs out of China’s basket.

Still, China’s form of government — centralized communism — showed that it had the power to enforce a quarantine with immediacy. Their willingness to help other countries, such as by sending supplies and doctors to Italy, will be remembered.

The generation living through this pandemic will remember who was around to help them and who wasn’t. Workers in many countries could begin demanding more pay and unionizing, and we could see a retreat from globalization as more states decide that it’s too risky to depend on other countries.