How to Talk to Someone Who Refuses to Socially Distance

It might make you want to pull your hair out, but it’s possible to have a civil conversation without losing your lid 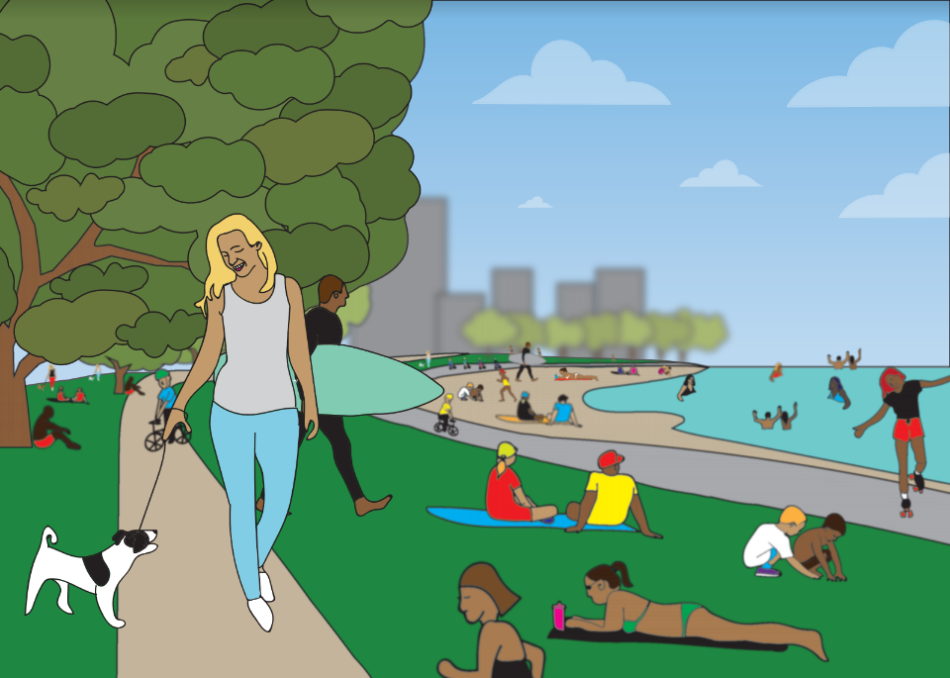 There have always been some subjects you just can’t bring up at parties. Among them are the tried and true pot-stirrers — Israel and Palestine, American gun rights, and immigration law — as well as some new and controversial topics that pop up every couple of months which keep us at each other’s throats.

Before the pandemic, climate change deniers were the group getting everyone’s goat. In a world where Bangladesh is already partially underwater and scientists have confirmed that our atmosphere and oceans are hotter than ever, it seems unfathomable that anyone could flat-out deny that climate change is real. Yet, they do, and it’s infuriating for anyone who believes in the importance of research and ethical responsibility, let alone the survival of humankind. It’s heavy stuff, and it’s difficult to discuss.

Now that COVID-19 has been around for months, there’s a new and similar group that has come out of the woodwork: People who refuse to adhere to social distancing requirements.

I draw the comparison between climate change deniers and people ignoring social distancing procedures for three reasons. Commonly, they both refuse to accept empirical evidence as something that proves their logical fallacy, they both drive narratives which could jeopardize public safety, and they both are very hard to debate peacefully.

This brings me back to my original point about subjects you can’t bring up at parties. Chastise one of your friends posting selfies in a crowd at English Bay and watch how fast things get weird. It’s probably going to become uncomfortable really fast, and if you don’t handle the conversation carefully, it could end up being an upsetting squabble that goes nowhere.

I made the mistake of getting into a full-on argument with a friend very early on in the pandemic, but through that process, I learned some tricks that helped us both come out the other side with more understanding and perspective than we had before.

This is just good life advice in general, but it’s important: No matter how stupid you think someone is, no matter how angry they make you, there’s no good reason to hurl insults at one another. The point of a debate is to learn from each other and hopefully change each other’s minds. Name-calling doesn’t create that kind of environment, and it has the power to ruin relationships. Tell your inner mean girl to shut up and put on your thinking cap instead.

With your thinking cap on, you’ll be ready to look for research to back up your arguments. I’ve found this the number-one most effective way to approach any debate, but particularly those related to politics and science. If you can break down research and provide sources in an easy-to-understand way for the person you’re talking to, they might learn something they didn’t know before. The more sources you have, the better. That way, you give people the tools to educate themselves rather than trying to cram your beliefs down their throat with nothing to show for it. My favourite tools for this are the same ones I use for school: Google News and Scholar, JSTOR, and reports from groups like NASA and the UN.

If you’ve done the other two steps correctly, you and your conversation partner should be feeling pretty safe and supported, which means that you can start to open up. For me, this is the hardest part, but it’s best to be unafraid of expressing yourself during difficult talks. There’s a reason we all react so strongly to things like climate change denial and social distancing flouting. It makes us emotional because it could hurt people, and that’s scary.

I, for example, am immunocompromised. When I brought up how personal irresponsibility during the pandemic affects me — in that it could make me ill or potentially take my life — it gave my friend a glimpse at the human beings they could be putting in danger through their actions. That impacted them more than anything else.

Sometimes, trying to appeal to logic just doesn’t work, especially for criticizing people who choose not to trust the advice of global experts. Opening up definitely doesn’t mean crying and screaming, but it can mean showing vulnerability and honesty.

However — and this one’s for saving your skin — you also need to know when to give up. One time, I spent an hour arguing with a flat-earther in a shop on Granville Island, only to have wasted part of my day and completely exhausted my will to live. Don’t do that. If you’re getting nowhere, cut your losses and carry on with your day knowing that you tried your best.

With patience, compassion, evidence, vulnerability, and self-control, you should be able to talk to almost anyone about almost everything, even during a global pandemic. Just do everyone a favour and keep your debates online or on the phone.