Looking at the Class Action Lawsuit on behalf of Methadone Patients in B.C.

Laura Shaver is the lead plaintiff in a class action lawsuit against B.C.’s College of Pharmacists, the Ministry of Health, and the pharmaceutical corporation Mallinckrodt 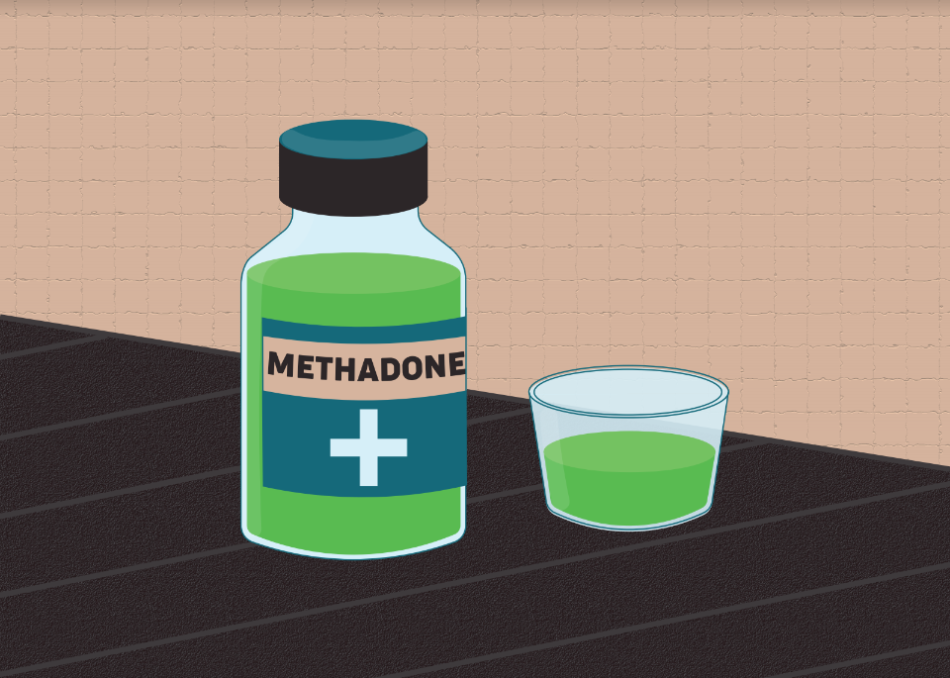 The B.C. government switched all Methadone patients to a cheaper and less effective alternative called Methadose in 2014. According to an article by the Globe and Mail, the new formulation was 10 times stronger, meaning patients only needed to take a tenth of the amount they had previously taken. An estimated 18,000 people were switched from the old formula to the new drug without notice or consent. This caused thousands of deaths in B.C.

Methadone is a liquid drink that is taken daily by ex-opiate users to avoid the withdrawal symptoms that come with getting and staying clean. The drink must be taken at a pharmacy every day when it’s first prescribed.

Mullins talks about this in the second episode of Crackdown, “Change Intolerance”. Once the user is stabilized for a period of time they take home “carries” — a prescription lasting between a few days to a few weeks.

“Ask anyone who takes methadone and they’ll tell you that it is a slog. All the rules and the daily pharmacy visits are why we call it ‘liquid handcuffs.’ It can make you feel like you’re flatlining through life. Or constipated. Or sweaty,” says Mullins.

“But still, methadone saved my life. It’s all I do now. And methadone has also saved the lives of thousands of people here in British Columbia and around the world. That’s why what happened in 2014 is so fucked up.”

In episode 17, titled “Class Action”, Mullins goes over the damages done to Methadone patients since the B.C. government decided to switch to a cheaper drug called Methadose in 2014.

Shaver went back to using injectable street drugs within a week of the medication switch.

“It was the middle of the night, I think, February 3, I woke up feeling like my legs would, were moving and couldn’t sleep and I felt like … twitches. By the sixth of February … my body really felt it,” she said on the podcast. “Like, it was bad and I started to use heroin right then, right away, because … I can’t do withdrawal. It doesn’t work for me.”

Shaver has overdosed eight times since pharmacies made the switch to Methadose.

“The people that caused this — the College of Pharmacists, Mallinckrodt Pharmaceuticals and the Province — I want them to look at me and see,” she said. “There were eight separate times that I kind of died, you know, and that was because I was now no longer stable on a medication.”

Chereece Keewatin was also a part of the Crackdown editorial board and was a president of the BCAPOM. She passed away on Feb. 20, 2019 from complications related to the switch to Methadose.

“That five years of being dope sick everyday put a generation of aging on her,” says Mullins in episode 17.

After the death of a beloved colleague and friend, the Crackdown team and BCAPOM released a list of demands:

“(1) We demand access to the old methadone formulation immediately. Give us medication that works for us, whether that is methadone, Metadol-D, Suboxone, slow release oral morphine, injectable Dilaudid, or prescription heroin. (2) We demand to have a say in policy decisions about our lives. Nothing about us without us. (3) We demand an apology from Mallinckrodt, the BC Ministry of Health, and the BC College of Pharmacists. (4) We demand a formal investigation to determine why Methadose® failed.”

Although not all of these demands have been met yet, the team is seeking reparations and to empower patients to be able to choose a medication that suits them.