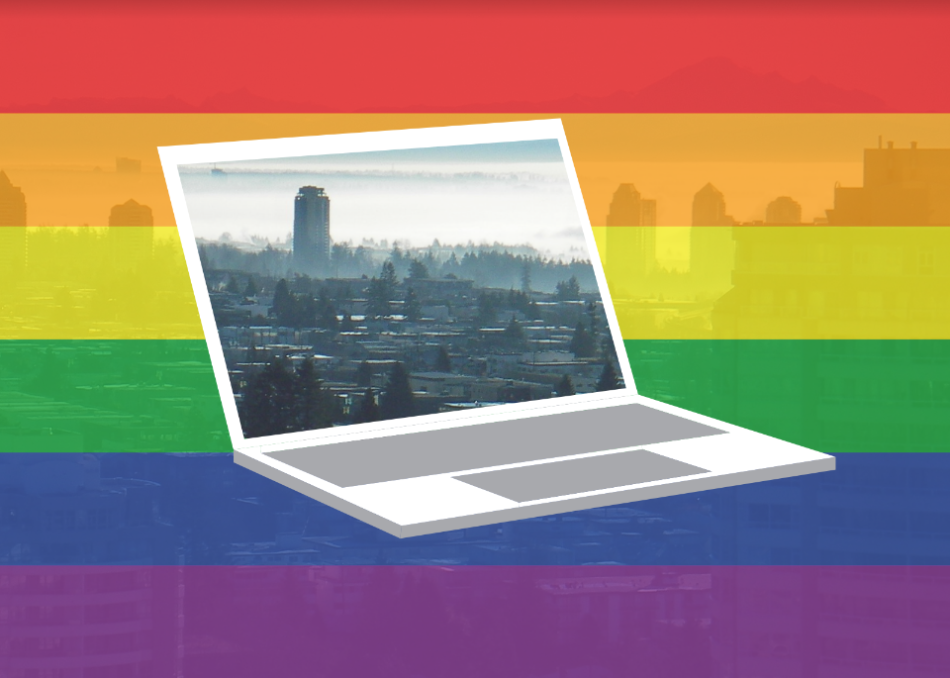 For Martin Rooney, president of Surrey Pride, moving the event online in 2020 proved to be a challenge.

“We had decided that we either were not going to hold one or that we were going to go online, and we had no experience in our group as to how to do that,” says Rooney. “Fortunately, I was able to get in touch with my keeping of TraxStars [Entertainment Inc.], who helped us produce.”

The annual event began as the Surrey Pride barbecue, festival, and dance at Sullivan Hall in June 1999, and has since gone on to become a major event in the rapidly growing municipality.

“We had 300,000 people in [Central City Plaza] last year. The energy from that was just so phenomenal that we were looking forward to harnessing that energy and going into Pride 21 with an amazing stage performance in the Plaza with flags flying,” says Rooney. “Unfortunately, that was not to be.”

Rooney also struggled with getting funding for the event, saying that financial sponsors “all suffered economic impact” due to the pandemic. However, he managed to get by with the support they maintained.

“This year it was one-third of the cost [of last year’s celebration] because we had to go offsite and rent places to have some of the performances recorded, and we actually managed to break even on this year’s production with the sponsorships that we did manage to bring on board,” he says.

The event featured performances from 12 different entertainers including Mina Mercury, a drag performer, a Freddie Mercury impersonator who opened and closed the event, and a reading of “My Princess Boy” by Cheryl Kilodavis.

In response to recent protests and demonstrations against police brutality and systemic racism, the video also included numerous statements of solidarity from Rooney and other participants. A placard reading “Surrey Pride Stands in Solidarity for Social, Economic, and Criminal Justice Reform” was displayed twice throughout the event.

“To me, this whole COVID thing has caused a lot of mental stuff for our vulnerable community, and I thought it was very important that Pride was not only in-person, that Pride is in our hearts, in our DNA, and that there’s still a lot of stuff that needs to be focused upon,” says Rooney. “if we weren’t to do something, then we would be letting the community down.”