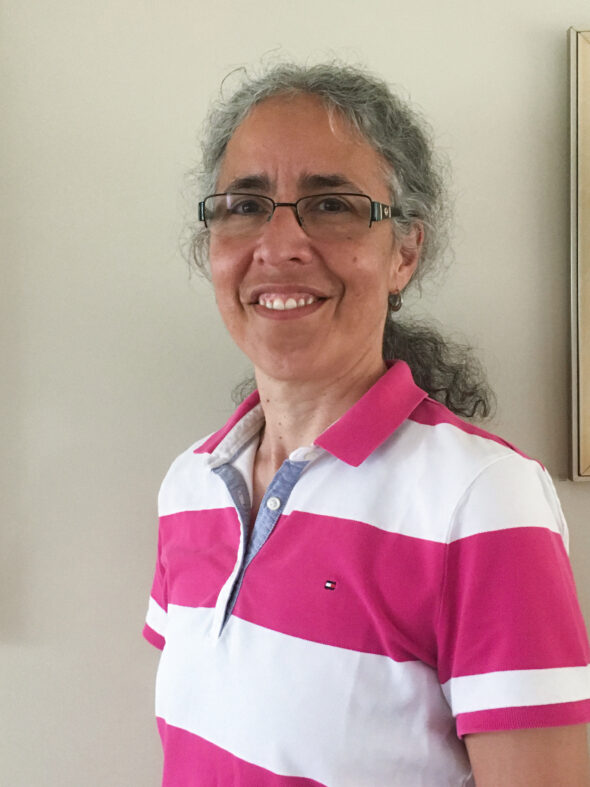 The Sikh View on Happiness: Guru Arjan’s Sukhmani authored by Asian Studies instructor Kamala Nayar and clinical counsellor Jas Sandhu is an analysis, exploration, and translation of the celebrated religious text, the Sukhmani.

Translating to “Pearl of Happiness,” the Sukhmani was written by Guru Arjan about 400 years ago. As the fifth of 10  Gurus that together formed the Sikh religion, he centred the text around the human condition of suffering and how to overcome it while also giving insight into the nurturing of well-being and pursuit of happiness in everyday life.

Nayar says the book was written “to help people have a deeper understanding on the meaning of suffering, what the sources of suffering are, and the different forms of happiness.”

“We tend to think in those dualities — suffering on one side and joy on the other side — so it gives an understanding from the Sikh perspective on not just how do you get rid of suffering but also how you cultivate a certain amount of contentment and meaningful living.”

The book is divided into six chapters that look at the pursuit of happiness in Indic religions, Guru Arjan’s life and work, and the Sukhmani’s ritual function, teachings, and practices.

Nayar draws a distinction between the Western and Sikh perspectives on happiness.

“When you’re looking at wellbeing, Sikhism comes from a traditional orientation … very much rooted in spirituality, whereas in the West, it for the most part is psychology-based,” she says.

“The whole idea of pursuing happiness is very Western because in Eastern religion, not just in Sikhism, the idea is that [happiness] is rooted in spirituality and the end is transcending those dualities [of suffering and happiness].”

Nayar sees The Sikh View on Happiness as a way of giving back to the people she has worked with throughout her career, including her time as a registered nurse working in mental health.

To make Guru Arjan’s text more accessible, the Sukhmani is translated into English at the end of the book. It also includes a glossary of the Punjabi terms mentioned throughout its chapters.

Nayar says that while the book will likely appeal to those already in the field of religious or wellness studies, she hopes it will also reach people on a personal level.

The Sikh View on Happiness: Guru Arjan’s Sukhmani is available through KPU’s library as an e-book. It is also available for purchase online