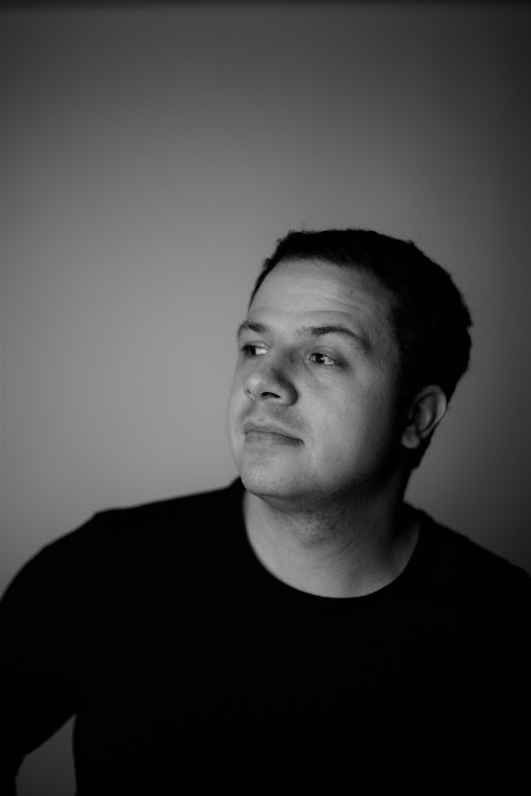 Andre Gress is a KPU alumnus who graduated from the creative writing program. Earlier this year, he released his first novel series called Boone and Jacque. The first instalment is subtitled Saddleton’s Secret, and the upcoming installment is called The Brothers’ Odyssey.

Gress has a passion for writing fiction, screenwriting, and poetry. Whenever he starts a new project, Gress says that he doesn’t like to focus too much on a specific demographic or age group. Instead, he focuses on the genre and theme of his stories. He believes in taking projects step by step and to always ask for help when needed.

When did you join the KPU community, and why?

I first joined when I was 19, and that was right after high school. It’s going to sound kind of embarrassing, but I had to repeat kindergarten. That’s why I came into university a little late. When I first came in, it was for an associate’s degree.

My plan was to do an associate’s then go to film school for a year, then go into screenwriting, but that didn’t work out for me. So, after two years of trying to be a screenwriter, I became a professional trainer and it worked.

I tried to do a children’s book with a friend and that fell through because we had different creative processes. I went back to Kwantlen to do my bachelor’s in creative writing. So when I brought my transcripts…I knew I had to do my best to complete on time because it took me too long to do my associate’s. I wanted to make sure that I really stayed disciplined to finish on time.

I would say my time with Ross Laird as a business of writing teacher. He really did a good job of bridging the academic world and the real world, especially for the arts, which is very difficult.

For an artist, having a bachelor’s isn’t really a concrete piece of credibility for good work on paper. It’s just a title. To give us a reality check before we go into the reality of being an artist was really helpful. When [Ross] said that many artists have to be okay with the idea of not making money right away or ever, you have to be okay with a really long [wait].

You don’t know how it’s going to go down, you have to be okay with staying in the dark, in terms of knowing whether or not you will make it as an artist. There is no certainty. There is no guarantee that you can make it, even if you are very talented. It’s about the popularity contest, there are so many of us. We all think we are awesome, but that’s not enough.

You have to have some kind of foot in the door in terms of the market that you have. That’s why for me, as a writer understanding that reality from what Ross was saying was very valuable to me because it really grounded me without me giving up on myself.

To be patient and be okay with taking your time in terms of developing your craft. As a new student, you have to understand that you are a fish in a big sea by yourself and you don’t know which path to go with or if you just lone wolf it.

It is easier and better if you find a group to follow and be part of and grow together as students and as artists. But to not worry about not knowing anything, I still write as if I don’t know anything, and it’s not that I am downplaying myself. It’s more like I’m still willing to learn. Be always willing to learn. Even if you practice your craft for years, there is no such thing as a perfect writer.

I am working on the urban fantasy series called  Boone and Jacque. The first instalment is available at Indigo in Langley, and on Amazon as a paperback and Kindle. The second instalments will be out sometime in October.

I also do poetry from time to time, and what’s been quite inspirational in terms of recognition, I have a lot of people telling me that I should be doing a poetry collection.

They tell me that I am a well-established poet, and I’m like, “I didn’t know that.” So, it’s good to know that without me getting anything out of poetry, which is a self-therapeutic exercise, that people see the value in that.

That as a person and a writer, I like to connect with people and that when they read any of my work, whether it’s my poetry, my novels, and hopefully in the future, film scripts. I put a lot of heart into what I do, not just in terms of my passion but what it feels to the work that I create and the characters in them.

What I really hope people take away from what is my “why” as a writer is that I want to create a sense of hope, that everyone has their own path that they go down on and it doesn’t have to be by yourself. It’s okay to ask for help, that’s what I want them to understand. Even though most of the characters I write kind of learn everything from experience, and not really from peers or parents … they shouldn’t be afraid to ask for help.