A shameful display of shaming 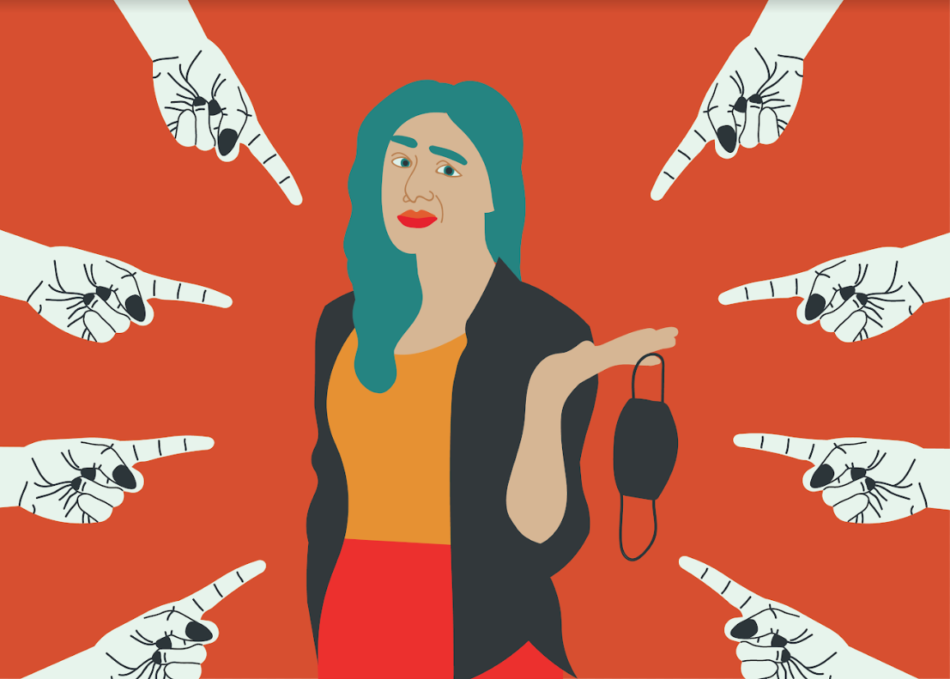 There’s an innate thrill to doing bad things. Whether that’s getting petty revenge against your neighbours by dumping the leaves they pushed into your lawn back onto theirs, or doing small passive-aggressive things to aggravate your annoying roommate, the allure of being bad is sometimes hard to ignore.

With the pandemic stretching into 2021, everyone is brimming with frustration. It’s little wonder that, through our shared suffering during lockdowns, we all descend like a pack of wolves on those who disobey lockdown measures.

As much as I get a kick out of seeing a crowded party held in a luxury penthouse being shut down by police and the host crying about suffering the consequences for their actions, shaming and witch-hunting these people won’t help anything.

People have begun to use words like “freedom” and “constitutional rights” to escape COVID safety guidelines and not wear masks, even though the vaccine is rolling out. The more people that get vaccinated, the closer we get to overcoming this pandemic. And while I want to go out and drink with my friends, opening the floodgates and lifting restrictions all willy-nilly isn’t the greatest idea.

Why is this? Because if infections start rising, then restrictions will have to get stricter, and this cycle of closing things and opening them only to close them again keeps going on and on.

I consider myself a homebody, and staying at home for long periods of time isn’t a problem for me. However, the same sentiment cannot be said for other people, who may not be as compliant or able.

Now, we can shame these latter people and satisfy our own vigilante urge and desire to act beyond government action, all we want.

Taking matters into our own hands, especially when we feel that the Canadian legal system is allowing high-risk criminals off the hook easily, holds a sickening allure. While our hearts might be in the right place, that desire will only enforce justice for ourselves and our own personal viewpoints.

There are consequences for any action, whether that’s publicly shaming and exposing those who skirt past lockdown measures, or protesting provincial guidelines in the streets.

It’s similar to our parents warning us about drug use, instead of explaining why. It’s far easier to use simple denouncements of things instead of going into detail about why this thing is bad.

By providing evidence and encouragement instead of condemnation and public shaming, the message of learning to suck it up and comply can be spread and accepted a lot quicker. By acting in an antagonistic manner towards people, you are just confirming their beliefs and reinforcing their idea that the lockdown is something which can be ignored, or is unconstitutional.