From the Editor: Biden seems to love trees and so do we 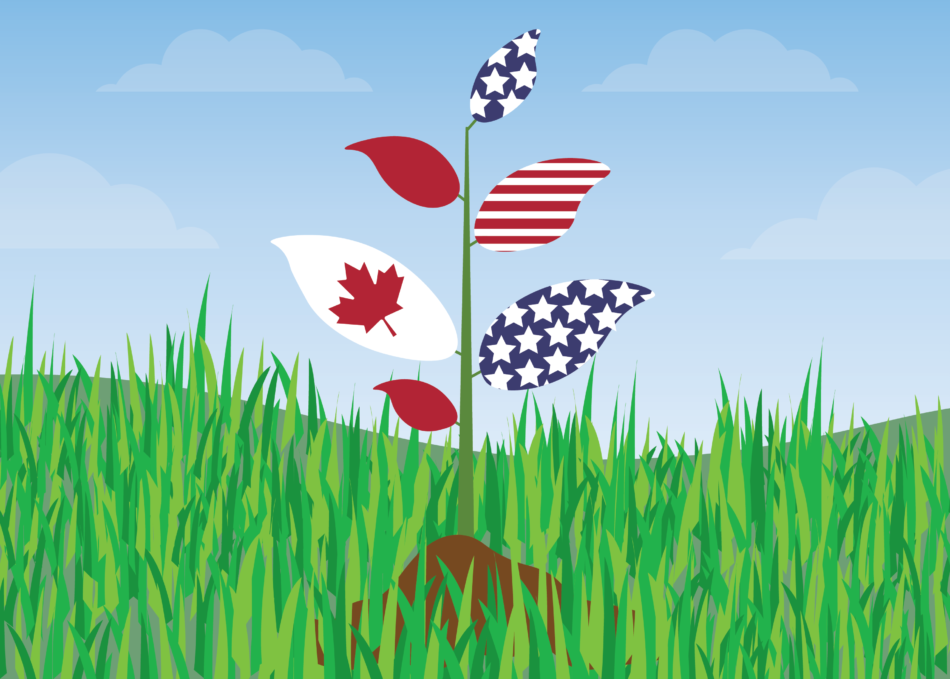 Environmentally speaking, our neighbouring country is having a great start to its year.

One of U.S. president Joe Biden’s biggest climate change promises came true when he signed an executive order for the U.S. to rejoin the Paris Agreement within hours of becoming president. And after signing the Paris Agreement, Biden jumped into revoking the construction of the Keystone XL pipeline expansion project. Something we hadn’t seen since the Trump administration.

Green energy looks to be the future of the U.S., which means that Canada needs to step up.

The cancellation of the pipeline that would have transported oil from the Canadian oil sands to Nebraska, U.S. has some Canadians worried because of the loss of jobs and future income for the country.

This comes as no surprise, the province had invested around $1.5 billion in the project, “plus $6 billion in loan guarantees.”  But in the end, “59 per cent of Canadians say it’s time to move on from Keystone XL,” which is one of the most logical things to do at this point.

In a way, Biden is forcing us to get creative and start sustainable projects that will create future jobs. Something that former president Orange never did.

The Democratic party will implement the “Federal Clean Electricity and Vehicle Procurement Strategy” according to section 205 of the Executive Order on Tackling the Climate Crisis at Home and Abroad. This means “tribal government fleets, including vehicles of the United States Postal Service” will consist of zero-emissions vehicles.

This could lead to an American competition of sustainable energy vehicles or a great partnership, which is what Canada’s Minister of Environment and Climate Change Jonathan Wilkinson decided to do.

The Canadian government and the Biden administration are discussing joining forces to create more zero-emissions vehicles for both countries to reduce greenhouse gases.

Unfortunately, in November Transport Canada said Canada is not on track to reach the zero-emission vehicle sales targets for 2025. This was mostly caused by COVID-19, which caused electric car sales to plummet.

However, post-COVID-19, Canada and the Biden administration could hopefully be leading partners in the production of zero-emission vehicles to compensate for the hypothetical North American ban on new gasoline-powered cars, which according to Wilkinson, account for 26 per cent of Canada’s emissions.

Apart from rejoining the Paris Agreement, cancelling the Keystone pipeline construction, and working on zero-emission vehicles, Biden is also aiming to conserve “30 per cent of federal land and waters to protect wildlife by 2030,” which is why we come to believe that he loves trees.

Canada and the U.S. share “the Great Plains grassland system, mountain ranges in the West, the Great Lakes ecosystem, and countless river systems that flow from one country to the other,” according to Nature Canada.

This will also go hand in hand with Prime Minister Justin Trudeau’s commitment to protecting “30 per cent of land and waters by 2030,” as stated by Nature Canada.

By conserving wildlife and the environment, the administration is also committed to conserving Indigenous lands.

The Center For American Progress released a report titled, Biden Administration’s Conservation Plan Must Prioritize Indigenous Leadership. The report writes that Biden’s government will “safeguard ancestral homelands that are home to sacred and ceremonial sites and landscapes, inspiration for place-based languages, and sources of subsistence for tribes.”

It’s still unclear if Biden will continue to deliver all of his climate action promises. He might pull a “Donald” at some point, and we must keep an eye out for if he does, because we need him to keep loving trees.