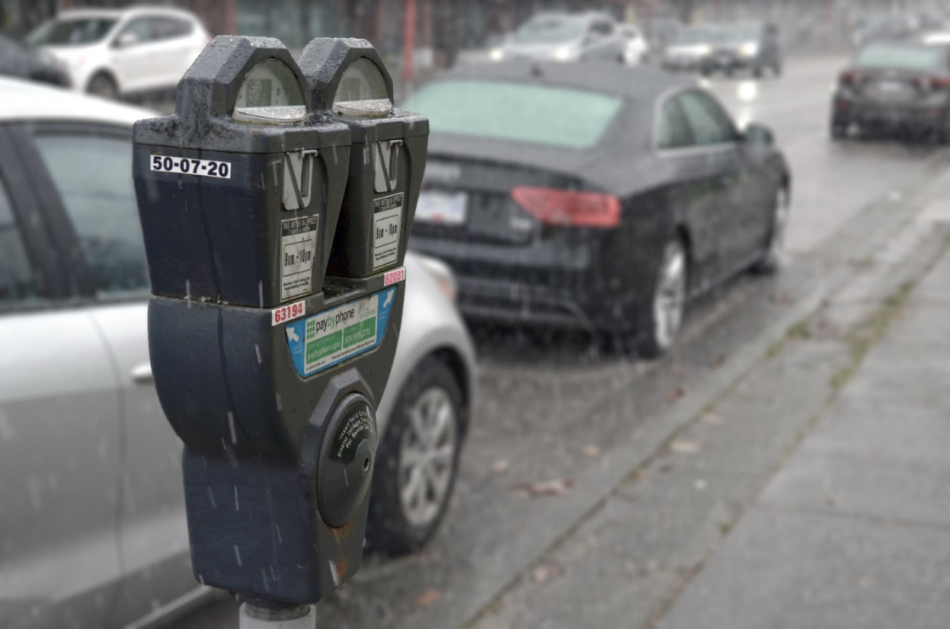 With the unique scenery and colourful atmosphere, Vancouver has always been an attractive city to travel to or live in. If you can afford it, you will likely experience a unique lifestyle like no other.

However, even a place like Vancouver has a few problems.

One of them is finding a parking spot. With little space to be found to park your car in busy places such as the downtown area, looking around to find a spot could take a while, which leads to increased gas usage.

With all the gas being used up by cars driving around looking for an open parking space contributes to pollution in the air. Considering the Climate Emergency Action Plan that was approved in mid-November last year by the Vancouver City Council, this does not help the goal to cut the city’s carbon pollution in half by 2030.

The city’s solution is to implement parking permits for parking across Vancouver, which would cost residents $35 to $40 a year. Recently, the council released a survey to get the public’s feedback on their plan.

The program idea sparked debate among the council.

Councilor Melissa De Genova said that while paid parking makes sense to allow residents in their neighbourhoods to park there, Vancouver should not remove paid parking entirely as it could lower the affordability of living in the city. She added that the program could be an opportunity for residents to use the permits as a profit by claiming a parking space, among other unintended consequences.

However, Councilor Christine Boyle said the permits could help people with mobility issues gain a better chance of parking closer to their homes based on stories of people “…circling the block a lot [and] that they struggle to find parking.”

She insisted that there is value from implementing the program, such as encouraging people to park their cars in their garages instead of on the street if they can, and the revenue from the permits going towards initiatives that reduce carbon emissions.

With all of this in mind, I believe it is best for the program to be implemented.

Although vehicles consuming fossil fuels are not the biggest source of pollution, decreasing emissions from a source that is responsible for over a third of that pollution will go a long way to meeting the goals set by the climate plan. While the program serves as a possible way of being more environmentally-friendly, it could also help reduce parking congestion in the city as more people may opt to take other means of transportation that may not be as polluting.

While there is still some debate on how to resolve this issue, I believe there are more positives than negatives in restricting free parking in Vancouver, especially when it comes to dealing with wasting a lot less time parking vehicles and climate change.

For those interested, the survey is open to fill in until February 28.