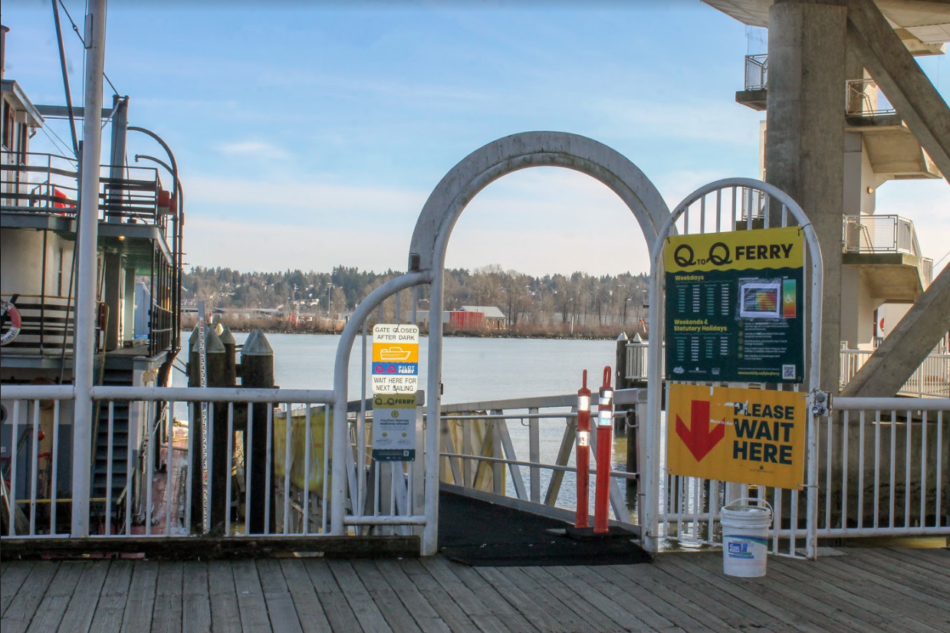 The Q to Q Ferry dock on the New West Pier. (Saggal Gara)

New Westminster city council has passed a motion to rename the Q to Q ferry dock in remembrance of Komagata Maru, a tragic chapter in Canadian history.

In May 1914, 376 passengers from Punjab, British India, arrived in Vancouver on the Komagata Maru and were denied permission to dock. For two months, passengers were confined on the ship. Only 20 passengers were allowed entry with limited exceptions. When the boat was forced to return back to India, 19 passengers were shot and others were imprisoned.

The Q to Q ferry dock will be renamed in order to commemorate the Komagata Maru.

Raj Singh Toor, vice president of the Descendants of the Komagata Maru Society and grandson of one of the passengers, says the new name will be a good learning tool for Canadians and to avoid repeating history.

On August 19, 2019, Toor presented his speech to the City of New Westminster about renaming the dock to recognize the Komagata Maru passengers’ suffering.

“This naming process is a great reminder for New Westminster residents about our rich ethnic heritage and how we can learn from the past to create a better British Columbia. New Westminster is a very special city as it was B.C.’s first capital, and by following the recommendations of this report, will live up to its role as a forward-thinking city by bringing British Columbians towards a more peaceful and tolerant tomorrow,” said Toor.

Councilor Chinu Das passed the new dock name on March 1, and says she feels it is a good way to honour the passengers and families who have suffered.

“I felt that a good way to honour them was to recognize the things that were denied…the staff and the council wants to use the dock as a symbolic gesture of allowing them to walk on our land,” says Das.

“We have an obligation based under our own current ideologies that we need to do some repair work. It doesn’t change history, but it helps people feel a little bit more reconciled in their minds, when thinking of the descendants of the Komagata Maru passengers,” she added.

Toor says passengers on the Komagata Maru endured many sacrifices when returning to India and are heroes to the community today. He says they opened the door for the South Asian community in Canada to live more peacefully.

“Myself and the Komagata Maru families are extremely happy. We are very happy under security to those persons who suffered [and] experienced extreme hardship the entire ordeal,” he says.

“It will be something that will be part of the legacy of New West that an apology was made. There’s nothing we can do to fix it but at least we can apologize,” says Das.