The amount of vital old-growth forests left isn’t as large as you might think, and people are taking notice 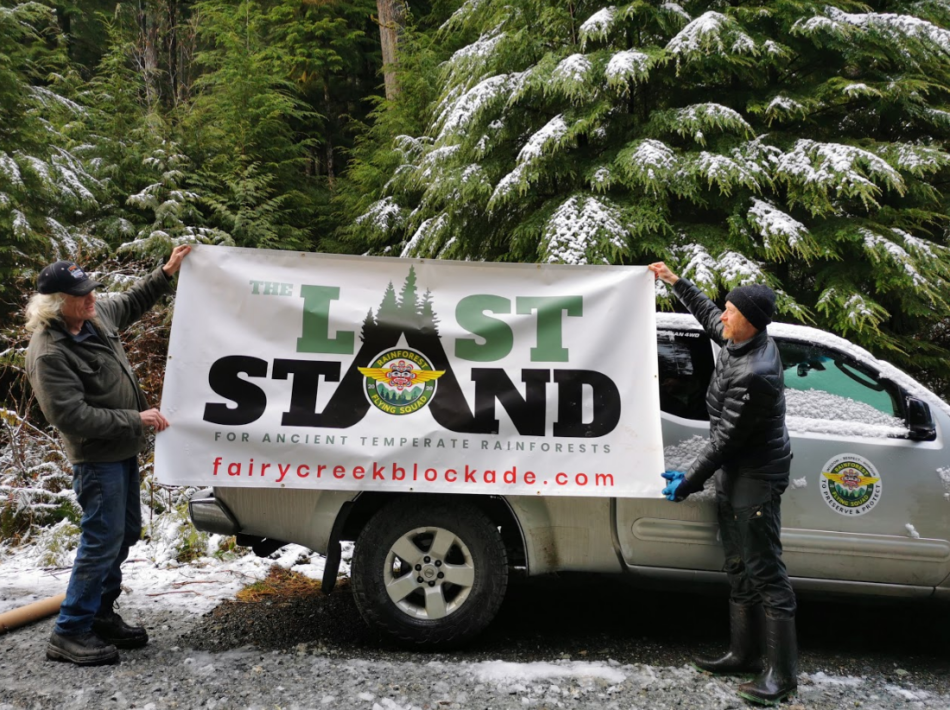 While most people picture British Columbia as blanketed by lush green forests, most of B.C.’s old-growth forests are in fact gone, having been cut down by logging.

A 2020 study penned “BC’s Old Growth Forest: A Stand for Biodiversity” revealed that the amount of environmentally vital old-growth forest in B.C. isn’t nearly as high as people might think it is.

While old forests comprise 23 per cent of forested areas, about 13.2 million hectares, the number of old-growth forests that support the largest trees of at least 25 metres tall is three per cent — a mere 35,000 hectares. The province defines old-growth forests as trees that are more than 250 years old on the coast, and more than 140 years old in the interior.

“These ecosystems are effectively the white rhino of old-growth forests. They are almost extinguished and will not recover from logging,” reads the report.

The authors call on the B.C. government to “stop harvesting the rarest of the rare” and apply an immediate moratorium to harvest all old forests, including ancient or very old forests and any areas already slated for logging. They also estimate that old-growth forests will further deteriorate given the current policy for protection of old forests and increased disturbance due to climate change.

“If the provincial government continues to knowingly put the ecological integrity and values of old forest at risk, they should at the very least be clear about their intentions and stop pretending to protect the province’s natural heritage,” reads the report.

In July 2019 the province launched an old-growth strategic review task force. Last April, they delivered 14 recommendations to the province, some of which include better consultation with Indigenous leaders and organizations and involving local governments, industry, environmental groups and community-based organizations in discussions regarding old-growth forests. Last fall the province announced they were “deferring old forest harvesting in nine areas throughout the province totalling 352,739 hectares.”

Fairy Creek Rainforest, however, is not among the old-growth forests under protection, and that has environmental activists up in arms.

Located in Port Renfrew on Vancouver Island, forestry company Teal Jones is slated to log its old-growth forest. For several months, Rainforest Flying Squad demonstrators have set up blockades to protest the logging, and the situation finally reached its tipping point.

Teal Jones is seeking an injunction to have the demonstrators removed by force, which was met with an extension in Rainforest Flying Squad’s favour. The injunction hearing will be held on March 25 and 26.

Demonstrators also call on B.C. Premier John Horgan to keep his promise and implement the recommendations of the old-growth strategic review and immediately end all old-growth logging.

For Glenn Reid, a volunteer with Rainforest Flying Squad, the protection of Fairy Creek is simple.

“When you look at a satellite map, it’s the last one of them on Vancouver Island,” he says, adding that between the old-growth strategic review and Fairy Creek being on unceded First Nations territory, his organization is in the right.

He says that among the nine locations issued provincial protection, some of them have already been logged or only house small trees.

According to their website, demonstrators expect Teal Jones to receive the injunction, and in anticipation, have called on supporters to join them at Fairy Creek and continue the blockades, posting on Instagram, “We will need you at camp in the weeks following the injunction.”

Regardless of the court’s ruling, Reid himself is undeterred and is prepared for a long fight.

“It doesn’t matter how it pans out,” says Reid. “No one’s leaving.”